Sydney Thunder are expected to extend their winning streak by beating an out of sorts Melbourne Renegades team. 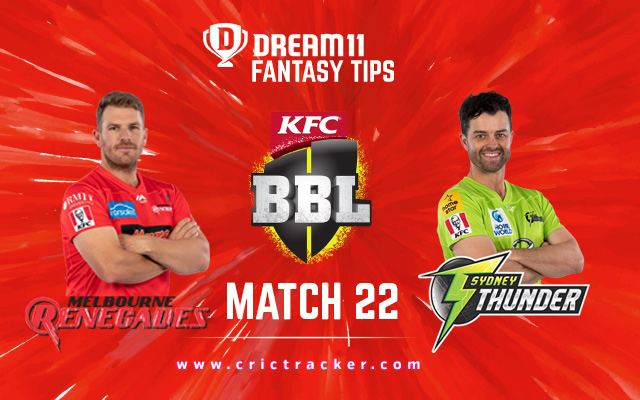 The 22nd match of the Big Bash League (BBL) 2020-21 will be played between Sydney Thunder and Melbourne Renegades at the Cararra Oval in Queensland.

The match is scheduled to start at 01:45 PM IST (06:15 PM local time). It will be live on Sony Ten Network and can be streamed live on Sony LIV.

However, Thunder have won all of their next 4 games, while Renegades have suffered defeats in their next 4. One amongst those 4 defeats came against the Thunder, as the men in green from Sydney handed a Reds a 129-run defeat in their first meeting. Renegades will have to start picking points before the damage become irrevocable, while nothing will be sweeter for the Thunder than 5 straight wins.

The weather forecast is bound to dampen the spirits of BBL fanatics, as chances of precipitation are as high as 50% in Queensland on Friday. The temperature is expected to be around 24 °C.

The pitch at Carrara Oval is expected to suit the batsmen more than their bowling counterparts. A score of 190 is what the team batting first should have in mind.

Here's how India can still qualify for WTC 2021-23 finals

Rishabh Pant's improvement as wicketkeeper has been remarkable, like MS Dhoni: Sanjay Manjrekar

Alex Hales has played a key role in Sydney Thunder’s winning streak, as he has amassed 152 runs at an impressive average of over 30. The most appealing aspect of Hales’ numbers is his strike rate, which is above 160.

For the Renegades, veteran Shaun Marsh has been as reliable as ever before. He has amassed 146 runs, which came at an average of nearly 30 and a strike rate of over 120.

Skipper Aaron Finch will have to play a big knock if Renegades were to dismantle the formidable bowling unit of Thunder. He has amassed 106 runs in 4 games at an average of over 25 and a strike rate of over 125.

Daniel Sams is a must-have for your Dream11 Fantasy team, as he can earn points both with the bat and the ball. The Thunder player has scored 96 runs and has also picked up 7 wickets. 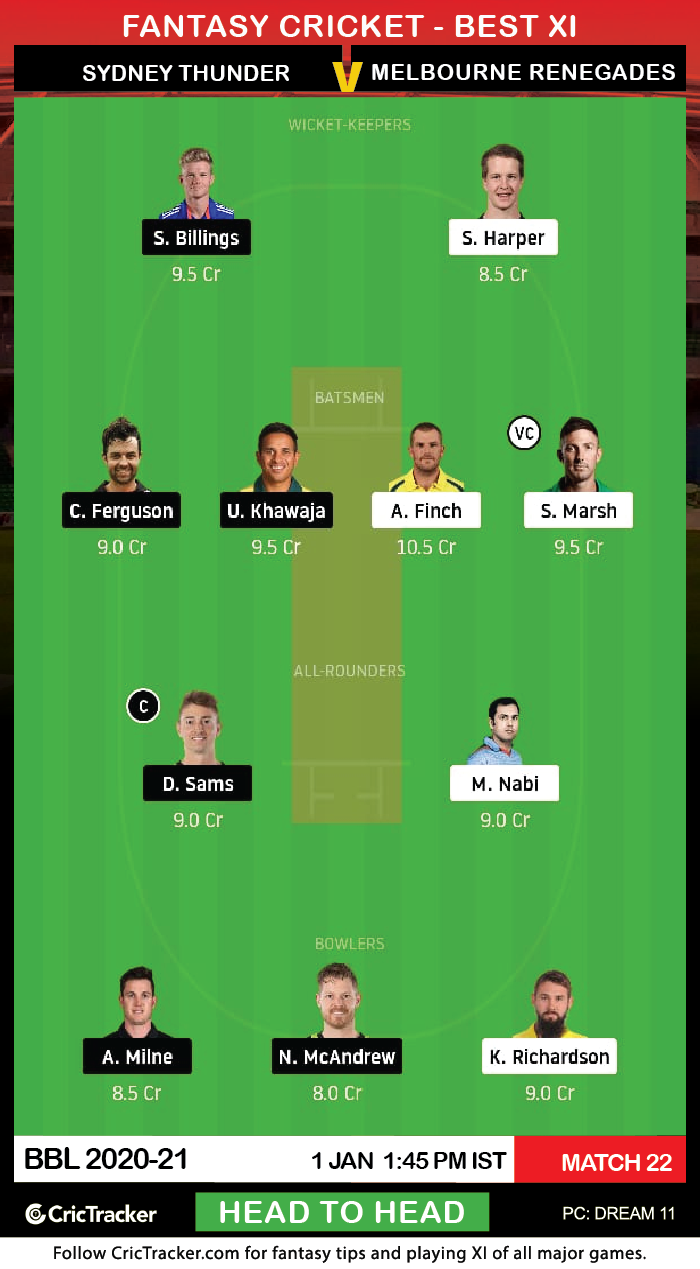 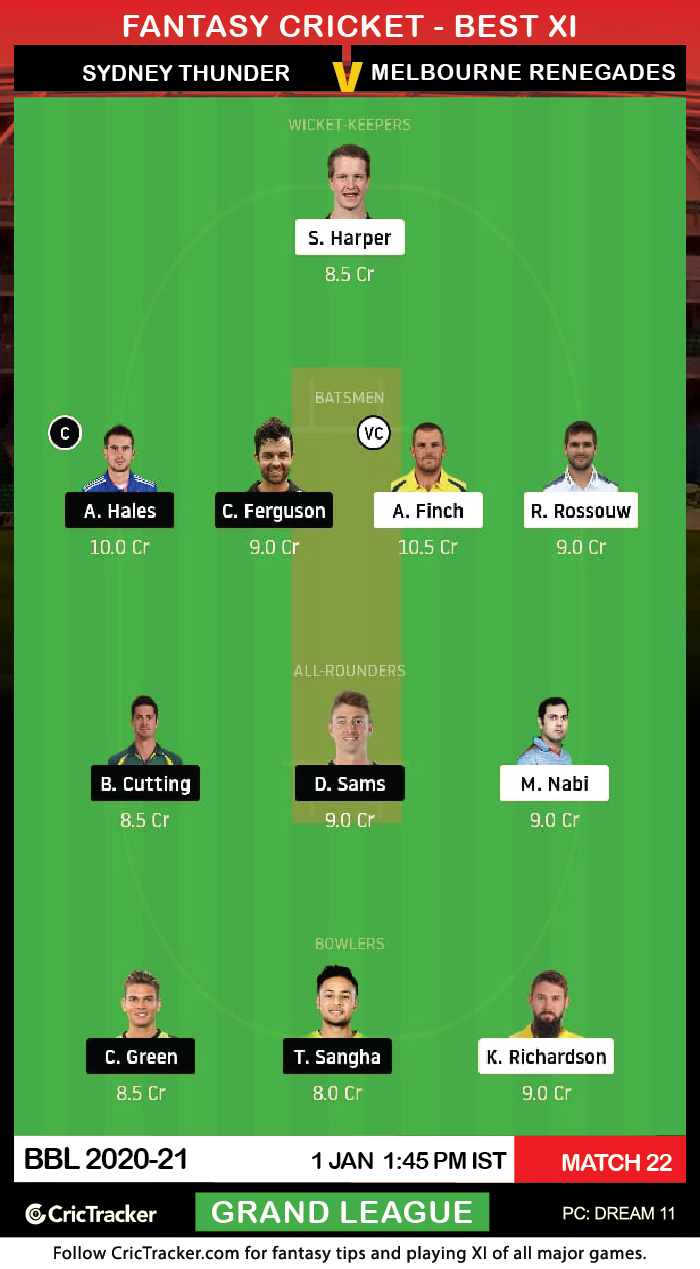 Tanveer Sangha has been a revelation of this season’s BBL, as he has picked up 9 wickets and has also maintained an economy rate of just over 6 runs per over. Sangha can be an excellent budget pick for your Dream11 Fantasy side at only 8.0 Cr.