Tillakaratne Dilshan and Upul Tharanga are consistently scoring runs for the side. The duo must be included in your Dream11 fantasy teams.

The 10th match of the Road Safety World Series 2020-21 will be played between Bangladesh Legends and Sri Lanka Legends on 10th March at Shaheed Veer Narayan Singh International Stadium in Raipur.

Bangladesh Legends will take on Sri Lanka Legends in the 10th match Road Safety World Series 2020-21 on Wednesday. Bangladesh Legends have lost 2 back-to-back matches on the trot. They weren’t able to cross the 120-mark on both the occasions against India Legends and England Legends. They are currently at the bottom of the table with zero points and need to show a lot of positive intent with the bat if they want to win matches in this tournament.

On the other hand, Sri Lanka Legends are way ahead in comparison to Bangladesh Legends in terms of wins and performances. After losing one and winning one match last year, Sri Lanka Legends announced their arrival in grand fashion this year by winning two consecutive matches against West Indies Legends and South Africa Legends. With one loss and 3 wins, they moved to the second spot in the standings with 12 points and a net run-rate of 0.766. Skipper Tillakaratne Dilshan and Upul Tharanga are in good form with the bat.

The weather will be very hot during the daytime in Raipur and it will be much cooler in the evening. The temperature will be ranging from 26-32 degrees Celsius and the humidity will be 33 per cent. There is no chance of precipitation for this match.

Despite some ordinary performances from the batters, the surface still looks good to bat on, having said slow bowlers are pretty much effective on this track. The team batting second have won all the 4 matches played on this venue, and hence whoever wins the toss should bowl first.

Shahrukh Khan reminds us of a young Kieron Pollard when he had come into the IPL: Virender Sehwag

Mohammad Nazimuddin played a good knock against India Legends, scoring 49 runs from 33 balls. He didn’t score big in the second match against England Legends and ended his innings for just 12 runs, but he still is one of the most reliable batsmen from his team.

At one stage it was impossible for Bangladesh Legends to cross 100 run mark against England Legends, but Khaled Mashud’s fighting knock of 31 runs from 39 balls got Bangladesh some score to defend.

Bangladesh Legends’ skipper Mohammad Rafique, in the previous match, picked up crucial wickets of Kevin Pietersen and Chris Schofield by conceding 7.8 runs per over.

Sri Lanka Legends’ skipper Tillakaratne Dilshan is the star performer for his side. He is still matching his vintage standards and scoring runs for fun. He has already scored 138 runs in 4 matches at an average of 46 with a strike rate of 121.05, while with the ball, he has picked up 5 wickets at an economy of 7.03 runs per over.

Upul Tharanga is another batsman who still has the same technique and temperament as before. In this tournament, he has scored 80 runs in 2 matches at a strike rate of 121.21. Tharanga is yet to be dismissed in this competition.

Rangana Herath was the man of the match in the previous game against South Africa Legends for his brilliant figures of 2/11 in 4overs. Overall in this tournament, he has picked up 5 wickets at an economy of 5.38 runs per over.

Also Read – We all know the benefits of the IPL: Jos Buttler 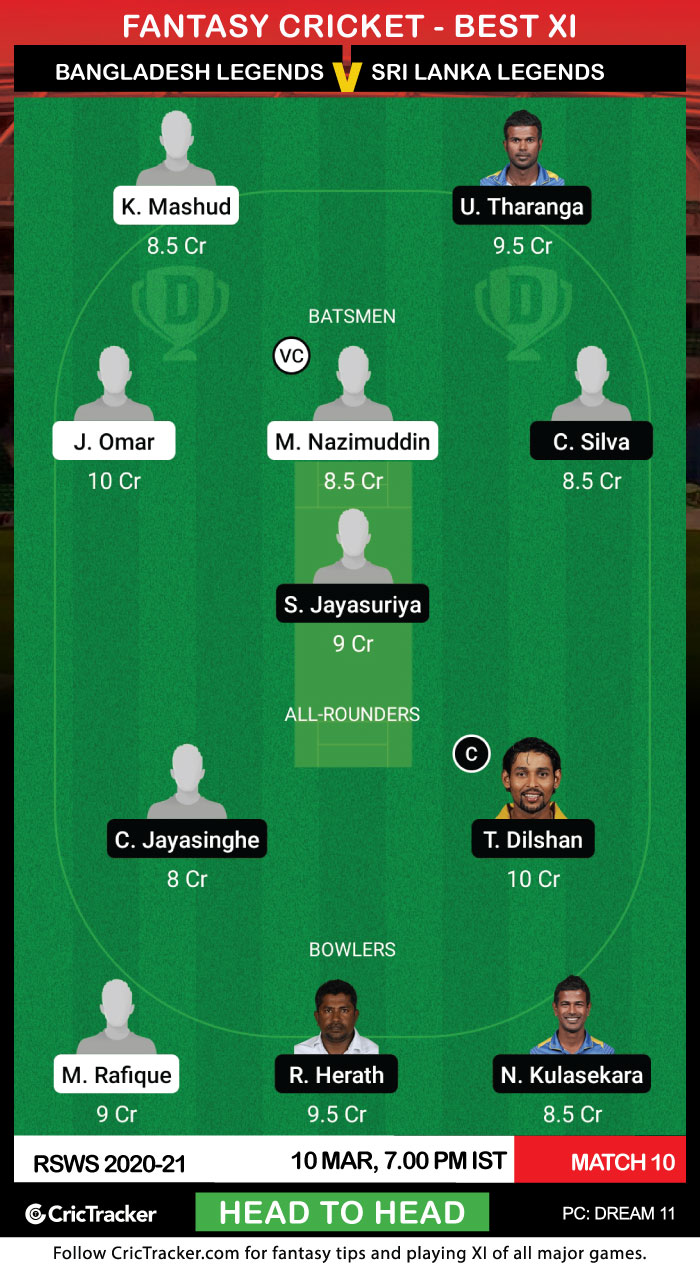 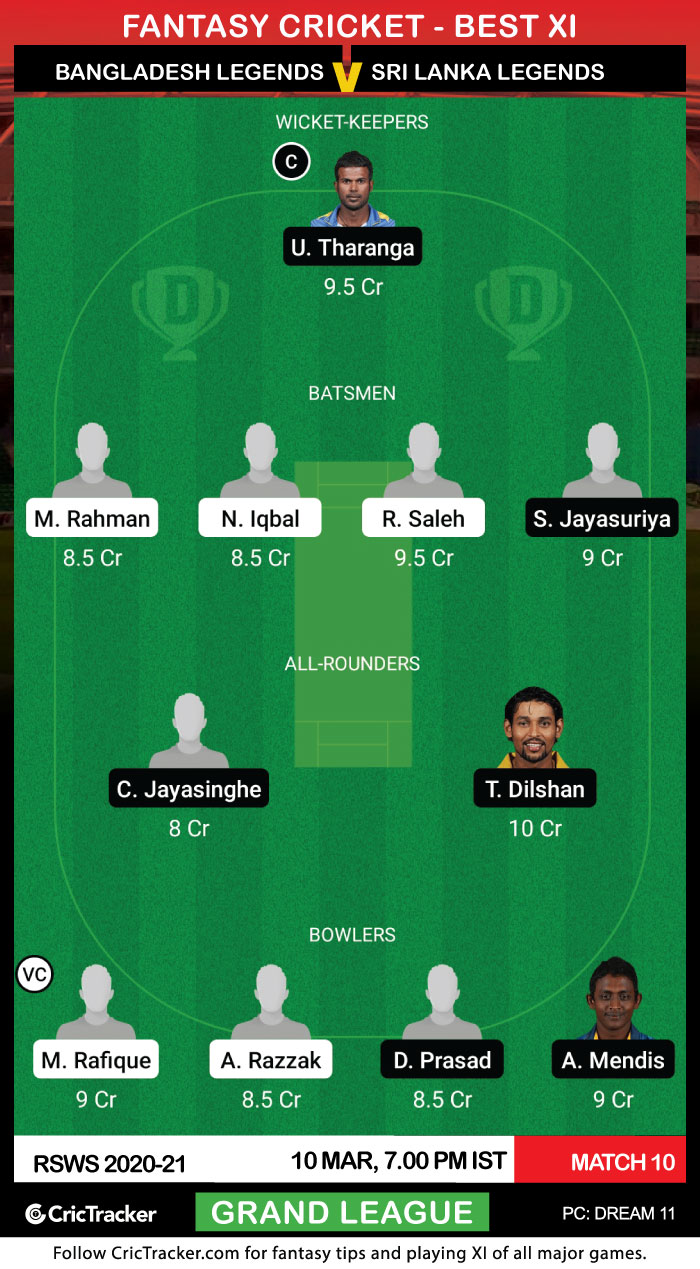 Tillakaratne Dilshan and Upul Tharanga are consistently scoring runs for the side. The duo must be included in your Dream11 fantasy teams and you can also pick captain from them.

Sri Lanka Legends are expected to win this match.