Shivnarine Chanderpaul scored a brilliant fifty in the game against India Legends.

The fourth match of Road Safety World Series 2020 will be played between South Africa Legends and West Indies Legends at the Dr DY Patil Sports Academy in Mumbai.

The match starts at 7:00 PM local time & IST (1:30 PM GMT). This match will be live on Colors Cineplex, Colors Kannada Cinema. Live Streaming will be available on Voot and Jio.

West Indies Legends lost their first game against India Legends by seven wickets. And, now they will be in pressure to mark their way back on the winning track. In batting, they have Shivnarine Chanderpaul, Daren Ganga and Brian Lara, who will look to click some good knocks with the bat. On the other hand, their bowling unit looks pretty balanced that comprises of Tino Best, Pedro Collins and Dinanath Ramnarine.

Meanwhile, South Africa will begin their campaign against the West Indies. They boast a strong side that comprises of some big names of international cricket like Jonty Rhodes, Lance Klusener, Herschelle Gibbs that can dismantle any bowling line up although they have bid adieu to international cricket long ago. It will be interesting to watch if they manage to win their first game.

There are no chances of rain on the matchday with the wind blowing at a rate of 13 to 20 km/hr whereas the temperature will deviate between 19 and 29 Degree Celsius throughout the day according to Accuweather.

The track at Dr DY Patil Sports Academy is expected to go in favour of the batsmen. The players can expect a flat track that will give batsmen an opportunity to take the charge against the bowlers. It is quite difficult to defend target on this ground, so the side winning the toss will look to field first to be on the safer side.

Herschelle Gibbs and Shivnarine Chanderpaul will be the hot favourite pick as they have a vast experience of playing in the shorter format. Even Chanderpaul scored an amazing fifty in his opening game for his team. Albie Morkel should not be ignored while picking a fantasy team. Johann van der Wath will play a vital role form the bowlers’ category for his team. 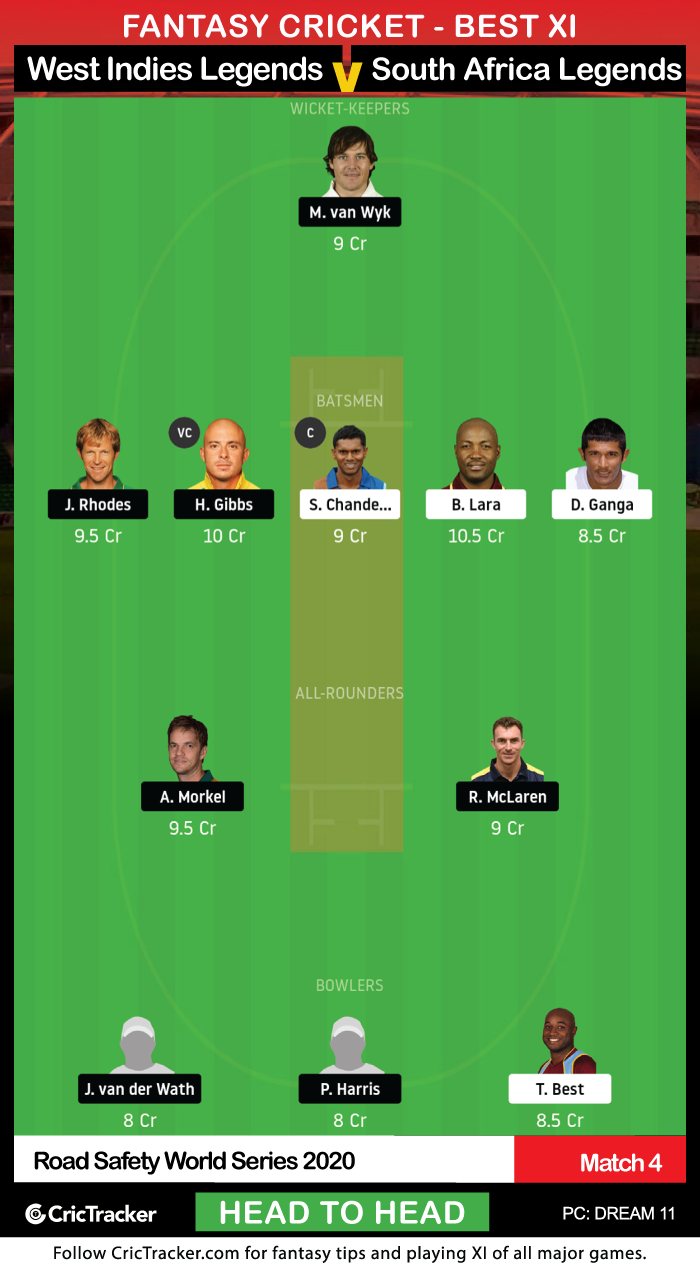 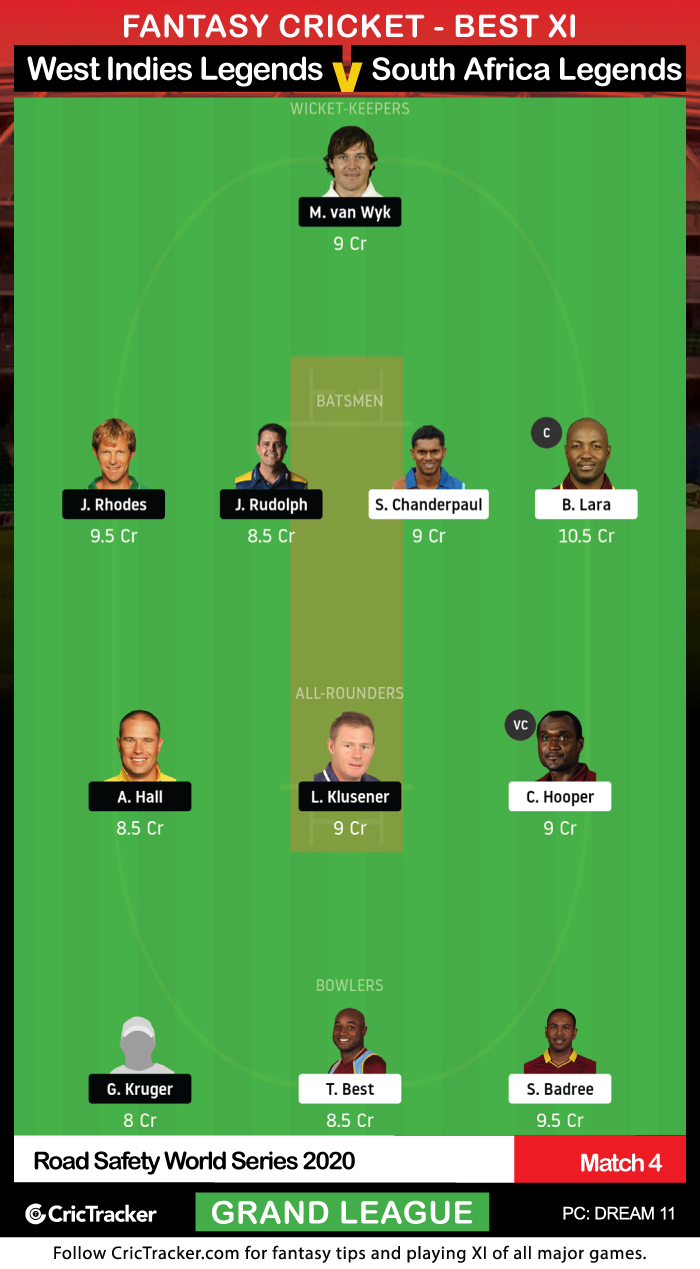 Both the sides can opt for some surprising XI for the upcoming clash. So, it will be wise for the user to pick their fantasy team after the confirmed XI.

South Africa Legends are expected to win this game.