Romania is expected to win this game and also the series.

The 4th T20I of the Balkan Cup 2020 will be played between Romania and Bulgaria at the Moara Vlasiei Cricket Ground in Ilfov County.

Bulgaria took an early lead in this four-match T20I series with a good win in the first game. However, Romania bounced back hard on the second day by winning both the games that were played. Due to rain, the second T20I had to be cut short to 15 overs per side. Romania, who batted first, put up a good total of 148 runs. Bulgaria fell short by 52 runs in the chase and thus the series was levelled at 1-1.

Romania took their game one step higher in the 3rd T20I putting up a massive total of 209 runs in their 20 overs. It was a tough chase for Bulgaria. Once again, in this game as well, they fell short by 34 runs. Thus, at this stage, Romania has got a 2-1 lead. They would like to win the last game as well and also the series. Bulgaria, meanwhile, will be hoping to level the same and salvage some pride.

There will be no rain on Sunday and the conditions will be conducive for a game of cricket. The humidity levels will be high initially and will come down as the morning progresses.

The pitch in Ilfov County has been brilliant for batting on the second day. The ball was coming on nicely and the batsmen were able to hit through the line. Another high-scoring game could be on the cards on Sunday. Also, chasing has been difficult here. All the three games were won by the team batting first.

IPL 2020: 3 players you can opt as multipliers for your Dream11 team for the KXIP vs KKR game

Ramesh Satheesan is the highest run-scorer in the tournament with 165 runs at an average of 83 and a strike rate of 192. He also picked up a wicket.

Bakhtiar Tahiri scored 122 runs in three matches and even picked up a couple of wickets.

Rohan Patel is the leading wicket-taker in the series with 4 wickets in 3 games. His economy rate is just over 6.

Prakash Mishra accounted for 4 wickets in 3 matches. However, he has been expensive and conceded just under 10 runs an over.

Vasu Saini mustered 65 runs in three matches at a strike rate of 163 and even picked up a wicket.

Sulaiman Ali scored 53 runs and even picked up three wickets in three matches.

Kiran Dasan accumulated 43 runs in three games. His highest score in the series is 37 not out. 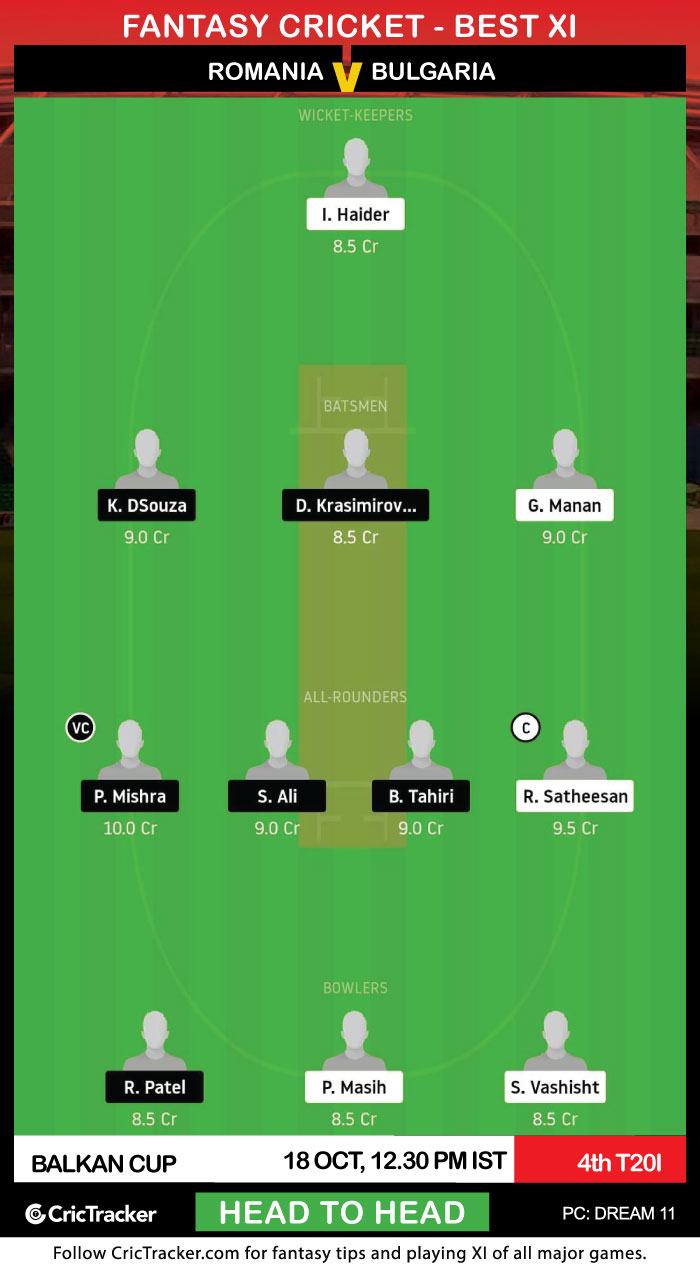 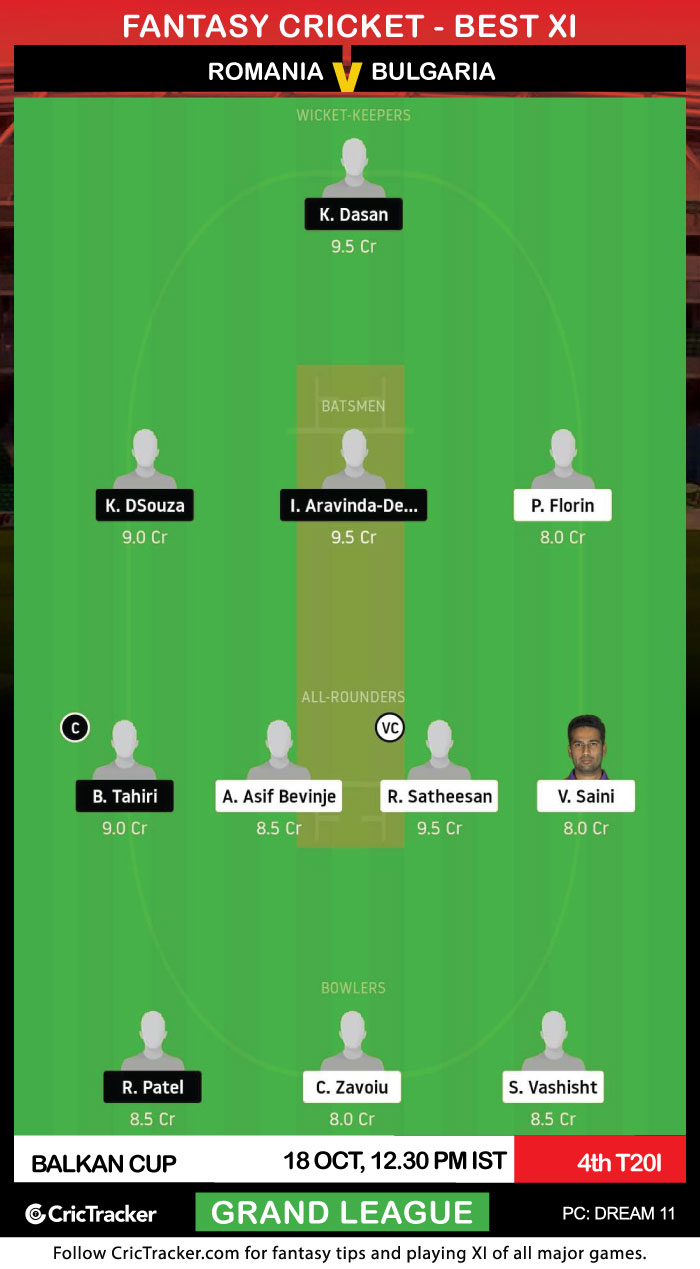 Four games in this series are being played just over a period of three days. Thus, to manage the workload of the players, teams have been regularly making changes to the Playing XIs. It is better to keep an eye on the sides after the toss.

All-rounders have been doing a fabulous job in this series and it is not a bad idea to have all-rounders as both your multipliers.

Romania is expected to win this game and also the series.