The Rajasthan Royals lead the head-to-head race against Delhi Capitals by a 11-9 margin. 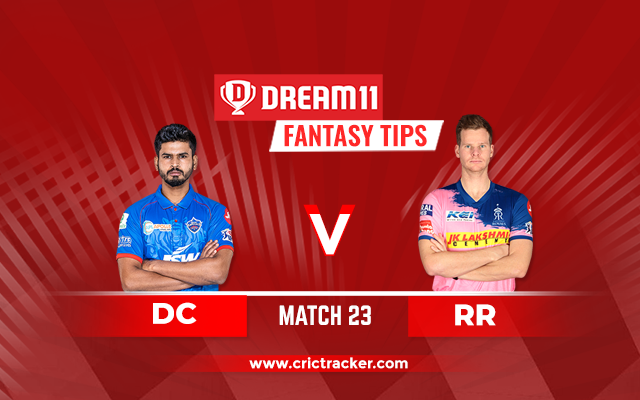 The 23rd match of the Indian Premier League (IPL) 2020 will be played between Rajasthan Royals and Kings XI Punjab at the Sharjah Cricket Stadium in Sharjah.

Whenever the Rajasthan Royals (RR) played away from Sharjah this season, it seemed as if fish was taken out of water. After winning their first two games comprehensively, RR played their next three games in Dubai and Abu Dhabi. The team failed to adapt to the conditions in both these venues and thus bagged a hat-trick of losses. With just two wins from five games, they seem to be in a spot of bother at this stage. However, the positive for them is that they will return to Sharjah to play their next game against the Delhi Capitals (DC).

Playing in conditions where they were successful earlier, RR would like to put their derailed campaign back on track. But it wouldn’t be an easy task for them against the Capitals. The young team has been phenomenal this season with 4 wins from 5 games. Even in their last encounter, they registered a big victory against the Royal Challengers Bangalore (RCB). They would be very confident coming into this match and would like to carry on with the winning momentum.

It will be a hot day in Sharjah on Friday. Moreover, the humidity levels will be quite high. There will also be a strong breeze blowing around at the venue.

It is an absolute belter of a track to bat on in Sharjah. Even though the scores in the game between Mumbai Indians (MI) and Sunrisers Hyderabad (SRH) were not as high, it is still a great track and bowlers should get their yorkers right if they are to restrict the opposition.

Ben Stokes will be under quarantine till 10th October 2020. Hence, the English all-rounder won’t be available for this game.

Shreyas Iyer is the leading run-scorer for the Delhi Capitals this season with 181 runs. He scored an unbeaten 88 in the last game he played in Sharjah.

Jos Buttler scored 70 runs in the last game and that knock should give him a lot of confidence going forward.

Sanju Samson, who scored 171 runs in 5 matches so far, mustered 159 runs while playing in Sharjah.

Kagiso Rabada picked up 12 wickets from 5 games including a four-wicket haul in the last match.

Anrich Nortje has been very impressive with the ball this season and has accounted for 7 wickets so far in the tournament. 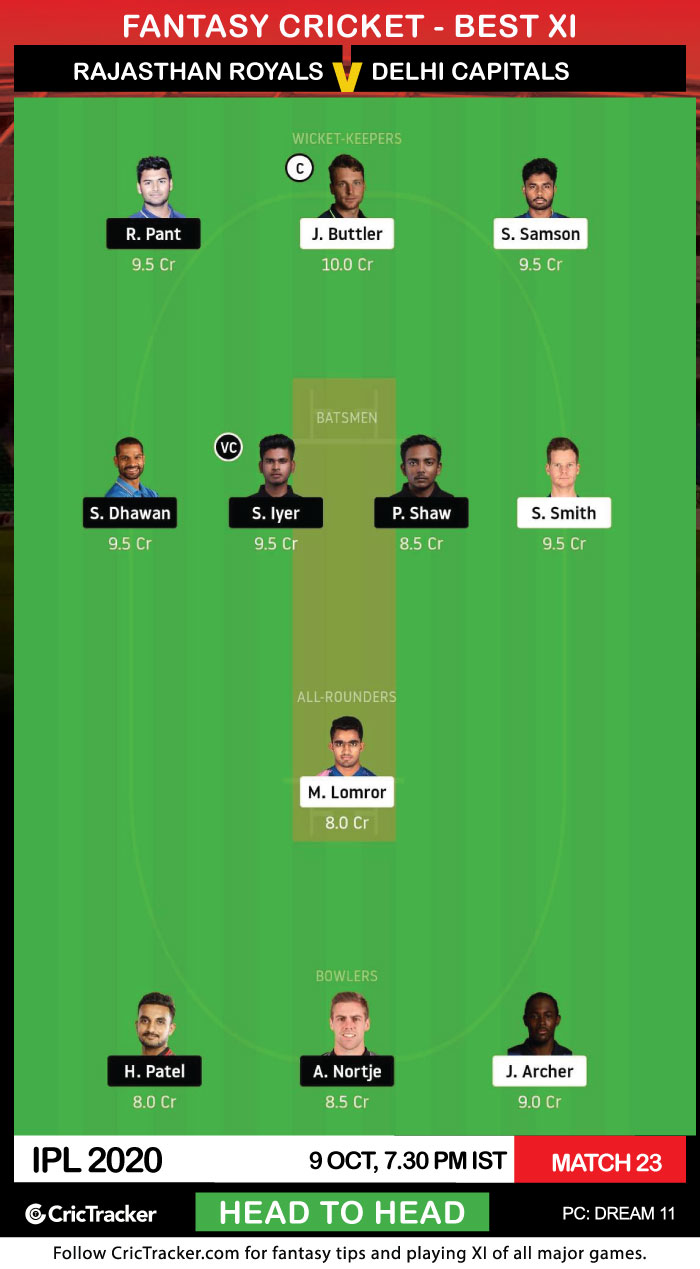 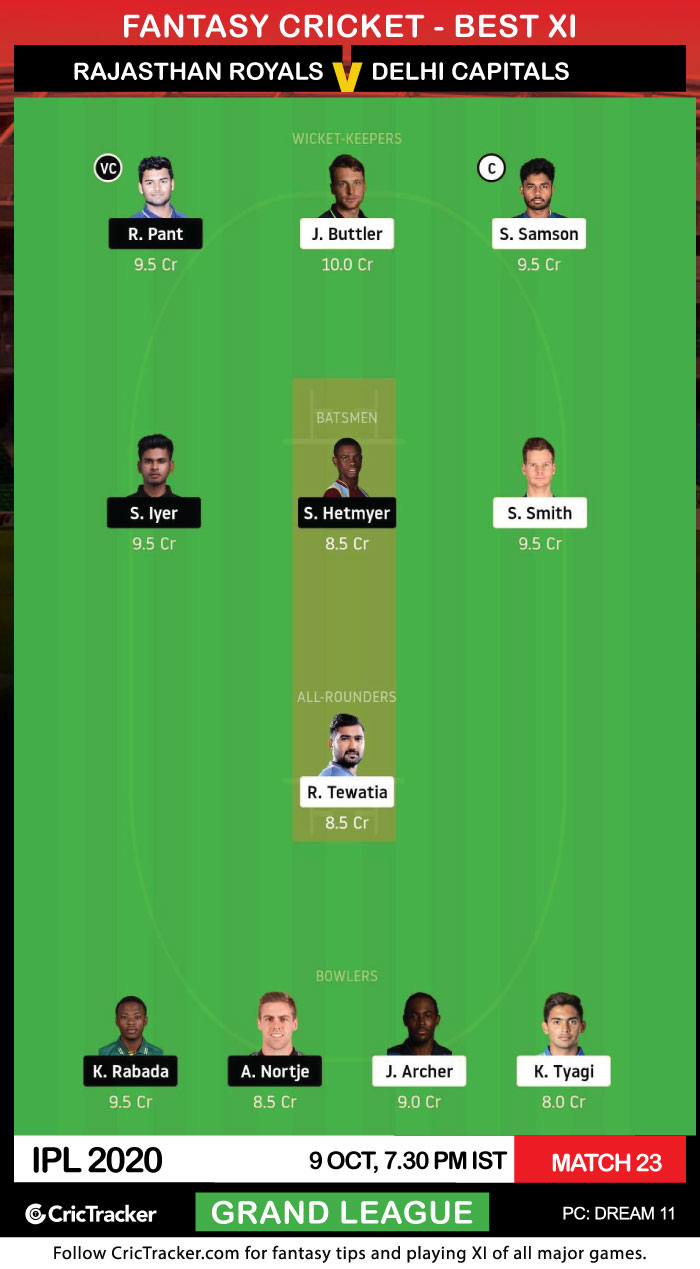 Both Steve Smith and Sanju Samson didn’t do well in the last three games. But they performed brilliantly in Sharjah and must be a part of your team.

Kagiso Rabada went for 51 runs in his four overs the last time he played in Sharjah. Also, the credits are a constraint while picking him. Hence, he is picked in only the Grand League team.

Rajasthan Royals are expected to win this game and stun the Capitals.