Andre Russell proved in the last game, why writing him off can be a fatal mistake. 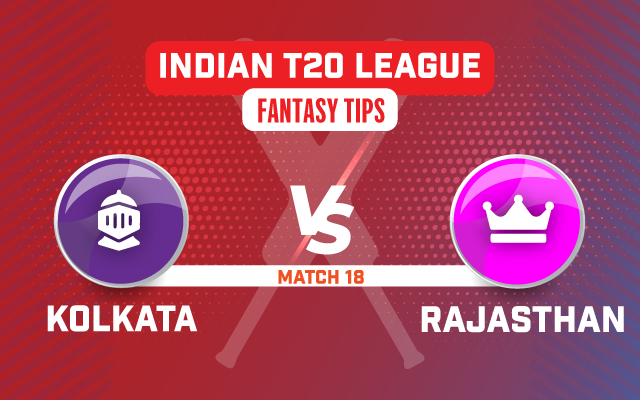 The two teams who are looking completely out of sorts and are in dire need of a win, Kolkata Knight Riders and Rajasthan Royals, will clash in the upcoming match of the Indian Premier League 2021. After starting their season with a win, KKR have seemingly lost the plot.

They have lost their last three games, but amidst this tough hour, the fight they showed in a lost cause against Chennai Super Kings will certainly be a big boost for them. The same cannot be said about Rajasthan, as they were completely outplayed by Bangalore in their last match.

As it was evident from the way Royal Challengers Bangalore batted in the last game, the track in Wankhede has a lot in it. But the bowlers will also get some movement in the first 6 overs or so.

Also Read: IPL 2021: Rajasthan Royals gift a jersey to Chetan Sakariya with his late brother’s name on back

Playing XIs for RR vs KKR:

Nitish Rana’s form has taken a dip in the last two games, but he had a fantastic start to his IPL 2021 campaign. The opening batsman scored back-to-back half-centuries in the first two games.

David Miller is also going through a similar graph. He has been poor in his last two games, but in his first match of IPL 2021, Miller scored 62 runs.

Andre Russell proved in the last game, why writing him off can be a fatal mistake. He scored 54 runs from only 22 deliveries and also picked up a wicket.

Chris Morris went for runs in the last game but in his first three IPL 2021 games, he picked up 5 wickets. He also scored a match-winning 36 in the game against Delhi Capitals.

Pat Cummins usually makes the headlines with his bowling, but it was his batting that garnered praises in the last game. The Aussie pacer scored 66 runs from only 34 deliveries.

Chetan Sakariya went wicketless, just like every other RR bowler, in the game against Bangalore. But in his first three IPL 2021 games, he has picked up 6 wickets.

If only Sanju Samson could work on his consistency, he would have been an asset for Indian cricket. He scored 119 runs in the first game, but has scored less than 30 runs in his last three games.

RR vs KKR Must Picks for Dream11 Fantasy Cricket:

Barring one knock, Jos Buttler hasn’t really made any contribution in this year’s IPL. But he scored over 300 runs last season, and once he finds his form back, the English wicketkeeper-batsman can be lethal.

The story is same for KKR’s opener Shubman Gill, who hasn’t cross the 35-run mark even once in this season, but he scored 400+ runs in the last season. He can be a differential choice for captaincy.