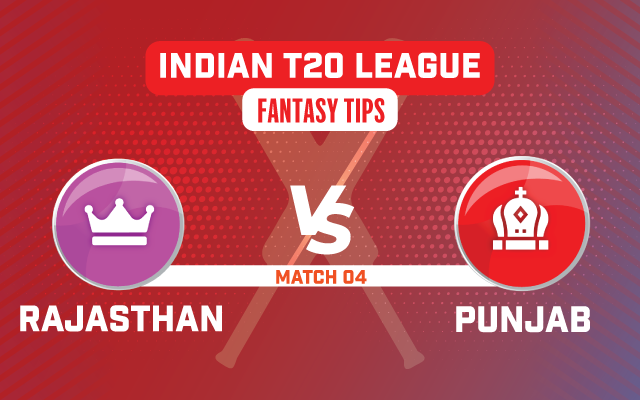 Rajasthan Royals and Punjab Kings share a lot of similarities. They are two teams who played the role of bottom-dwellers in the last couple of seasons, but have made some interesting changes for this season. The Royals have made Sanju Samson, a player who has been with the franchise for a long time, their captain.

They have also added to their balance by signing Chris Morris, as he is a player that can win matches both with his batting and his bowling. Punjab Kings lacked bowling firepower last season, something that should not be a problem for them this year, as they have added two talented Aussie pace guns in Jhye Richardson and Riley Meredith. All of that being said, it will come down to the execution of game plans, which will make the difference between the two sides.

The pitch at Wankhede is always a wonderland for the batsmen and hell for the bowlers, which was evident once again in the second game of the season. Anything under 180 is a below-par total here.

Mayank Agarwal was outstanding for the erstwhile Kings XI Punjab in the last edition of this competition. He was a part of the fantasy Dream Team in all of his last 5 IPL games, having scored 25+ runs in 3 of those matches.

Chris Gayle’s selection in the team doesn’t require any justification. He might not have been on song in the T20I series against Sri Lanka, but in his last two Pakistan Super League 2021 games, he scored 100+ runs.

Ben Stokes was always going to be a points-magnet in this format, and with reports suggesting that he will open the innings, he will be a popular captain as well. He picked up 2 wickets and scored 60 runs in his last two T20Is.

Chris Morris might have been sold for a hefty price tag, but since he is a player that bowls at the death and is also a great finisher, the price tag is justified. His bat hasn’t made much noise recently, but in his last 5 T20 games, he has picked up 5 wickets, while also being economical in 4 of those matches.

After a stunning Big Bash League season, Jhye Richardson did decently in the series against New Zealand. In his last 5 T20I matches, he has picked up 4 wickets. He conceded more than 35 runs in only one of those games.

Mustafizur Rahman has picked up 162 wickets in 122 T20 games. His career T20 economy rate is just over 7 runs per over.

Jos Buttler played well in the recently-concluded T20I series against India. He scored two half-centuries in 5 games, which included a sublime knock of 83 at a strike rate of almost 160.

KL Rahul has been out of touch lately in the T20I format, but in the ODI series against England, he smashed 170+ runs in just 3 games.

RR vs PBKS Must Picks for Dream11 Fantasy Cricket:

Sanju Samson has not been in the greatest of form in T20 cricket recently, but the skipper of the Royals has scored 2500+ IPL runs at an average of over 25 and a strike rate of nearly 135. He is another risky captaincy option.

Nicholas Pooran has not scored 30+ runs in any of his last 5 T20 games. With Sanju Samson, KL Rahul and Jos Buttler all listed as wicketkeeper, you might give Pooran a miss.