Heading into this game, both the teams will aim to get back to winning ways in the tournament. 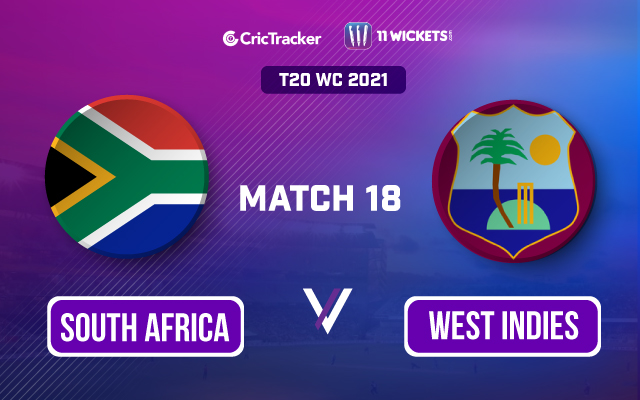 South Africa and West Indies will battle it out against each other in Match 18 of the World T20 Cup. In their first match of the tournament, the Proteas locked horns with Australia. The team’s batting lineup experienced a collapse as they could manage just 118 runs. The Aaron Finch-led side thus won the game by five wickets.

West Indies, on the other hand, were completely outplayed by England in their previous encounter. No batter was able to put enough resistance, as they were wrapped up at just 55 runs. Heading into this game, both the teams will aim to get back to winning ways in the tournament.

The conditions are expected to favour the batters. Chasing teams have enjoyed good success here. On winning the toss, opting to chase can thus be a good alternative.

Akeal Hosein picked up two wickets for the team in the low-scoring match. He will be determined to put up a good show for the side. He can be a good pick for this match.

Aiden Markram was the only batter who provided some resistance to South Africa’s batting. He added valuable 40 runs to the team’s account. He can be the other good player to bank on. 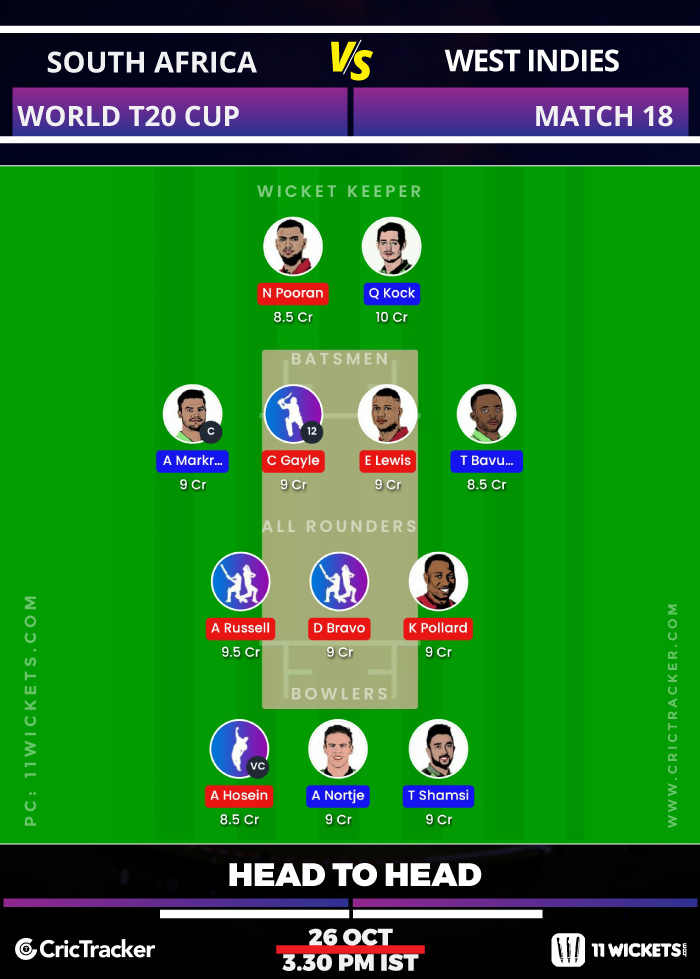 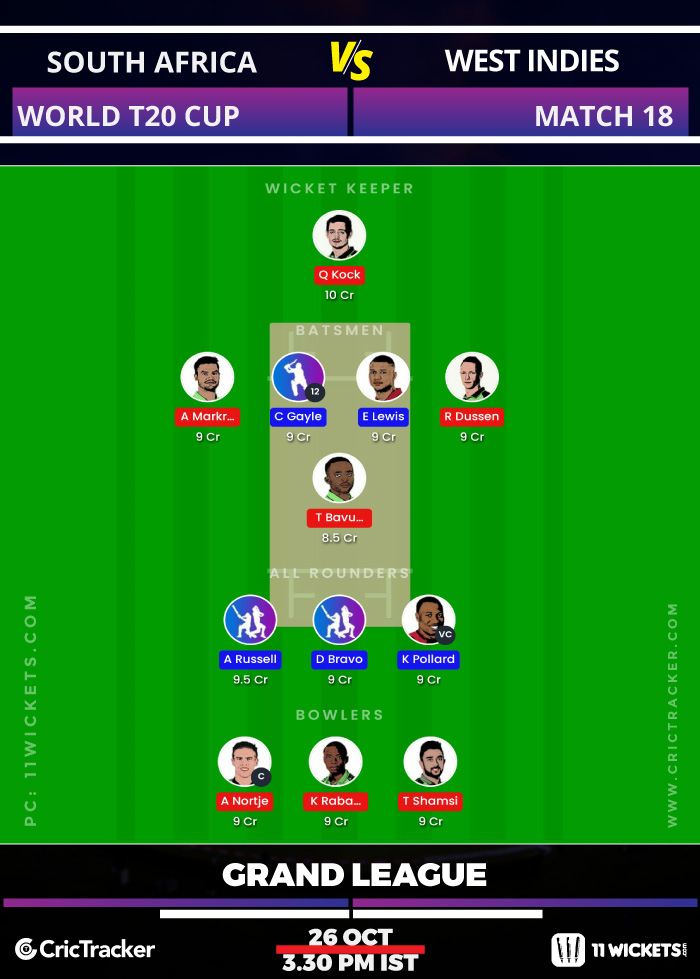