Kaushik Gandhi and Nidhish Rajagopal will be the key picks for this fixture.

Ruby Trichy Warriors (RTW) will face the challenge of Chepauk Super Gillies (CSG) in Match 12 of Tamil Nadu T20 League at NPR College Ground, Dindigul. RTW has started with a single victory in two appearances. In their last league match, they could not defend the score of 157. The key players will be Nidhish Rajagopal and P Saravana Kumar.

On the other hand, CSG has no victories in two appearances. They could only manage to score 135 in the last outing and would look to come up with improved performances. They will rely on the contributions of Kaushik Gandhi and N Jagadeesan.

The pitch is expected to assist the batters in scoring runs in a brisk manner, and the totals of around 150 should be the par total on this venue.

Also Read: Have to reflect on why we aren’t able to bat well in the third innings: Rahul Dravid

Nidhish Rajagopal is striking the ball at the rate of 126.92 and has garnered 66 runs at an average of 66.

P Saravana Kumar has scalped four wickets in two appearances, with best figures of 3/44 at an average of 23.50. 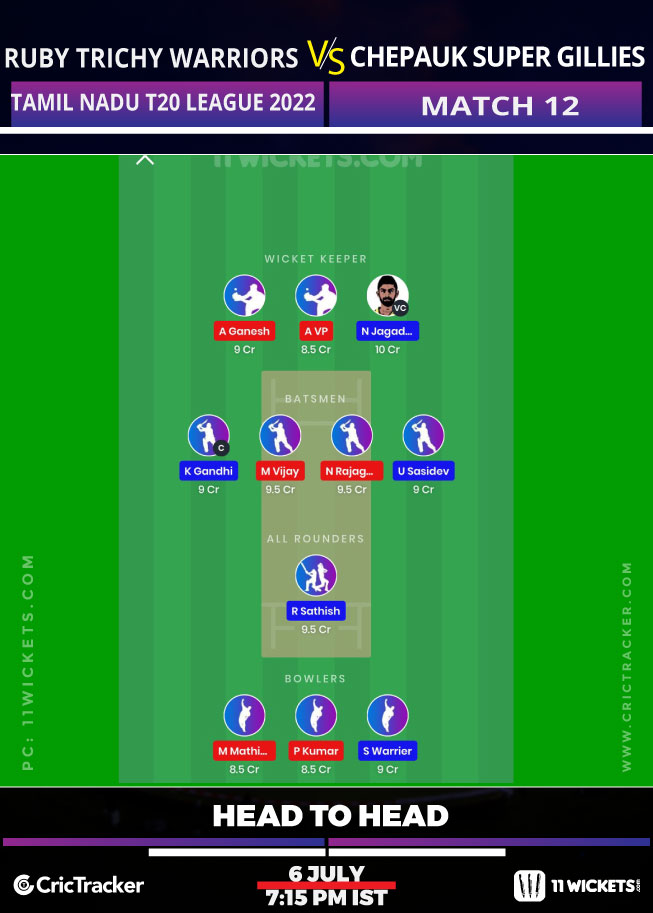 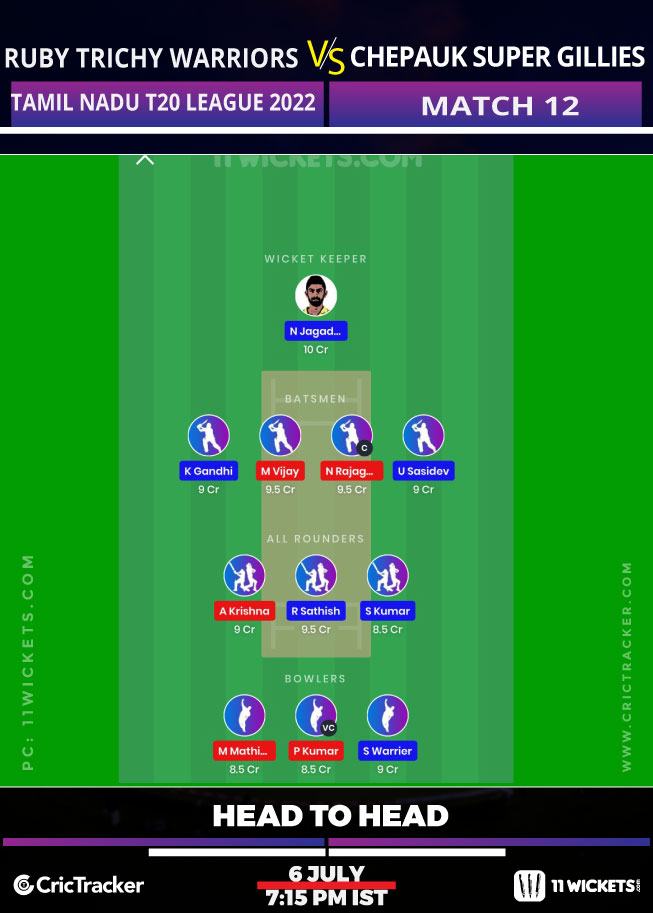