Shakib Al Hasan has been impressive with the ball in the tournament.

The 36th match of the Dhaka Premier League will be played between Legends of Rupganj and Mohammedan Sporting Club at the Shere Bangla National Stadium in Mirpur, Dhaka, on June 10.

This encounter will start at 1 PM IST, and fans can watch on Dsports to catch the live streaming of the game.

Mohammedan Sporting Club have been pretty impressive in the competition and will take the field as favourites. They are third in the team standings with three wins in five games, and a win in the upcoming fixture would surely see them going up the order. Notably, their last encounter resulted in a 22-run defeat against Prime Doleshwar Sporting Club, and it would be interesting to see how they’ll bounce back.

On the other hand, Legends of Rupganj haven’t enjoyed a good time in the tournament. They have won just one of the five games, and as a result, they are holding the 10th place in the points table. However, their lone victory came in their last outing against Shinepukur Cricket Club and hence, the Mohammedan side can’t afford to be complacent.

Mohammedan Sporting Club captain Shakib Al Hasan led his side from the front and put up stellar performances. The left-arm spinner has constantly dent oppositions with his tight spells in the middle overs. Shakib tends to take wickets regularly and that too without conceding too many runs. He has also played a couple of handy knocks.

Sabbir Rahman is another Bangladesh international who can shine in the upcoming contest. The dasher can accumulate quick runs in the middle overs, and his ability to play anchor knocks makes him an even greater asset. Not to forget, Rahman can also contribute with his handy off-spins. 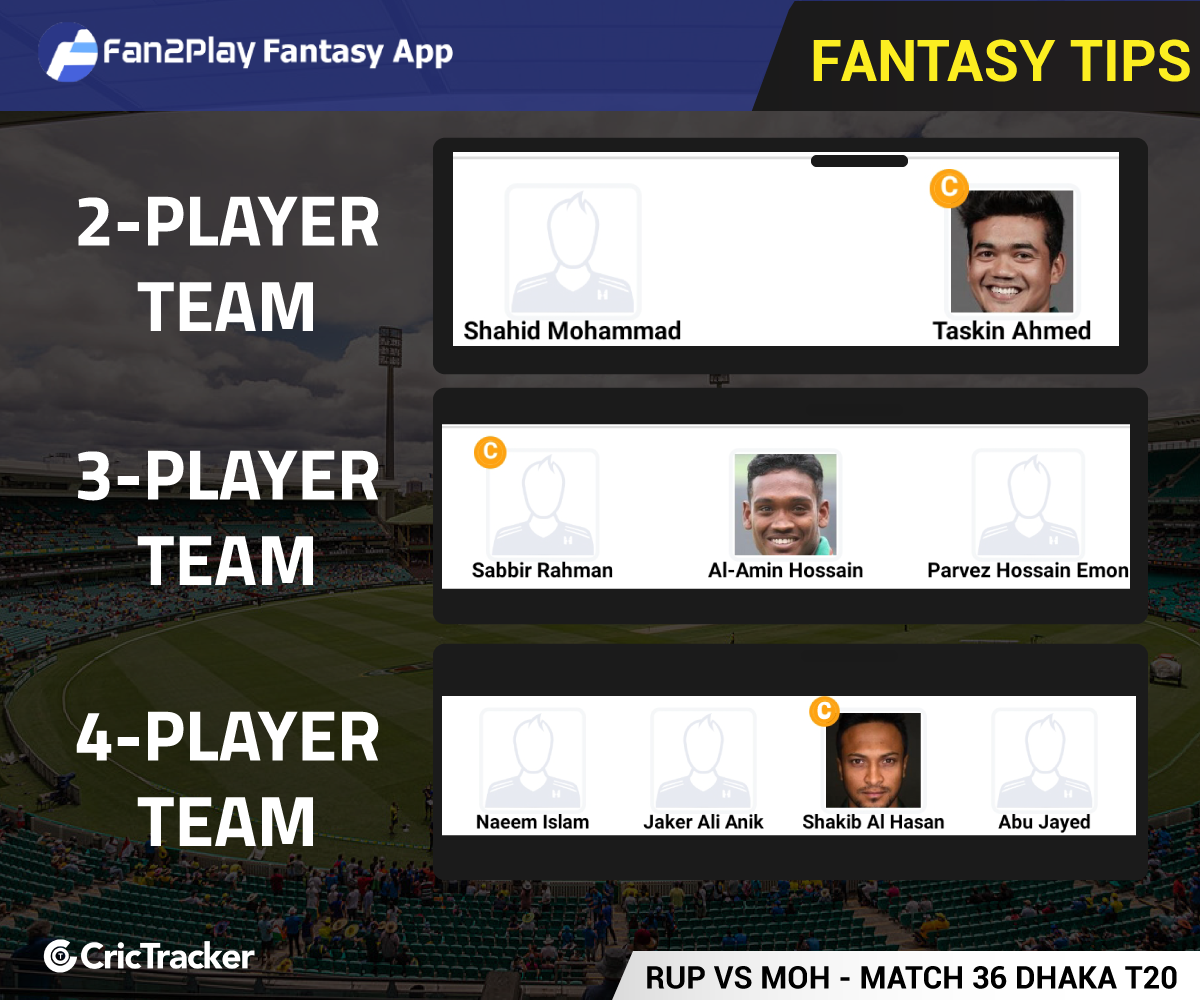 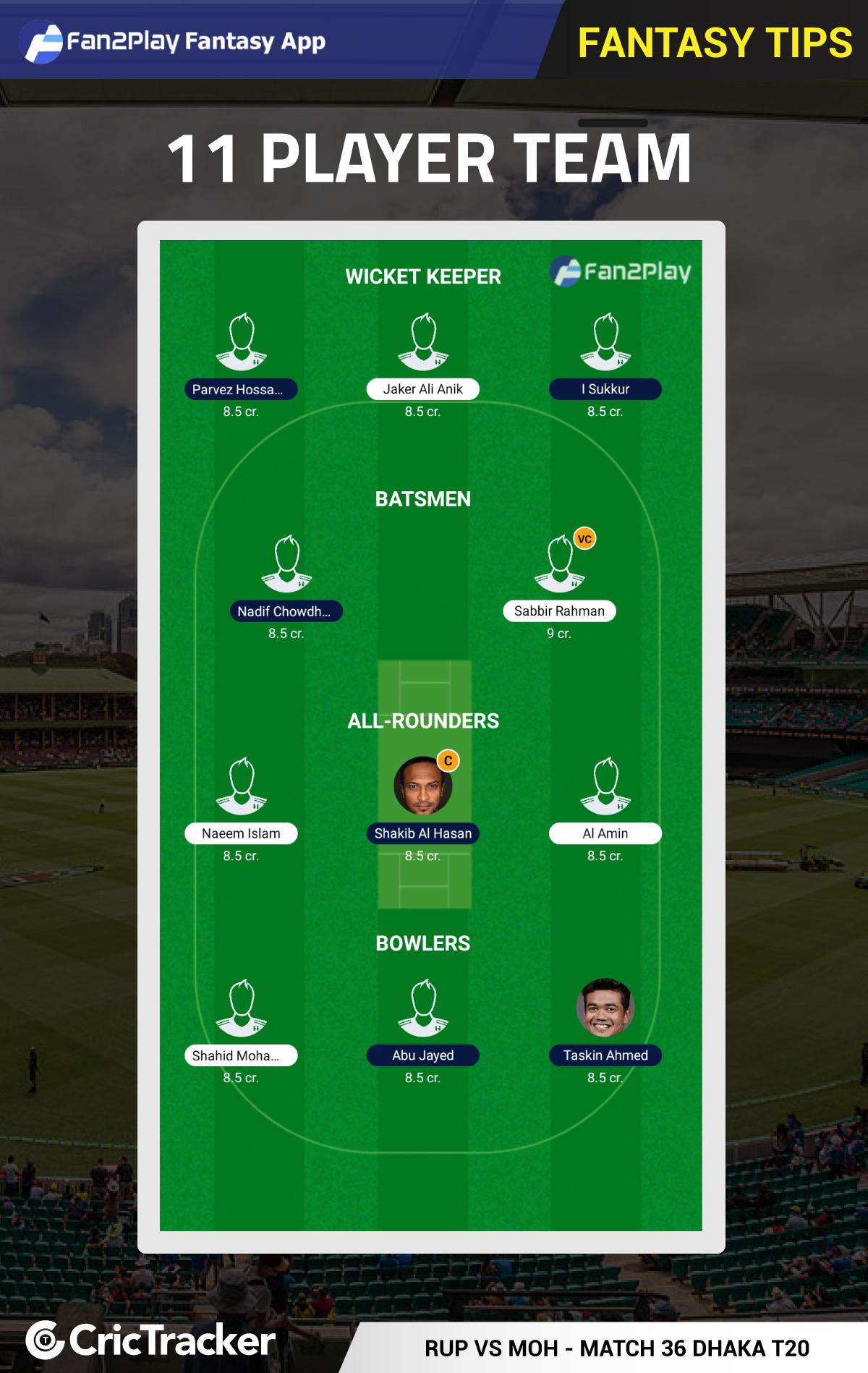