The 25th match of the Dhaka Premier League will see the Legends of Rupganj battling it out against the Shinepukur Cricket Club. The match will be played on 8th June 2021 in Dhaka.

This match can be streamed live on DSports and will commence at 08:30 AM.

Two teams that are at the bottom half of the points table will lock horns against each other in Match 25 of the Dhaka Premier League. While  Shinepukur Cricket Club is currently placed at the 7th place in the points table after winning one out of the 3 matches that they have played in the tournament, the Legends of Rupganj are languishing at the second last place in the table.

They are yet to win a game in this series. While the Shinepukur side beat the Sheikh Jamal outfit by 10 runs in their previous encounter, the Rupganj side went down to the Khelaghar side.

Al-Amin scored a sedate half-century in the Rupganj side’s previous encounter against the Khelaghar outfit. His 42-ball 51 allowed his side to post a competitive total of 138/5 on the board.

Tanvir Islam proved his worth in the Shinepukur side’s previous match against the Sheikh Jamal outfit. In the 4 overs that he bowled, Islam scalped 3 wickets and gave away runs at a miserly economy rate of just 2 runs per over. 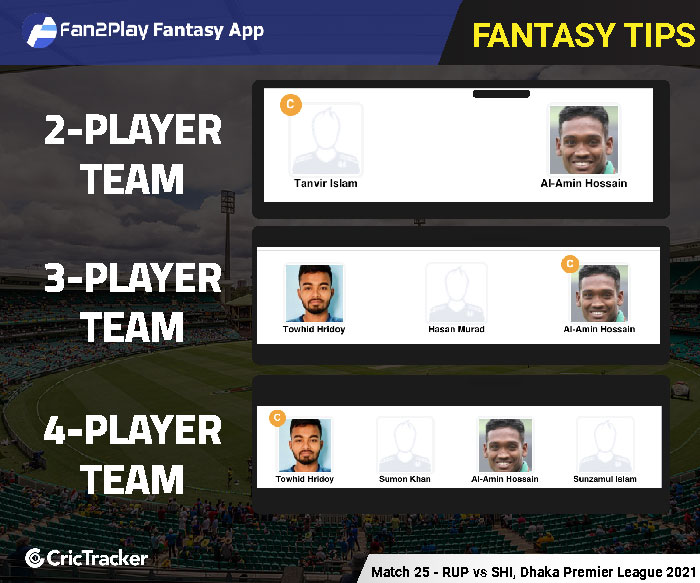 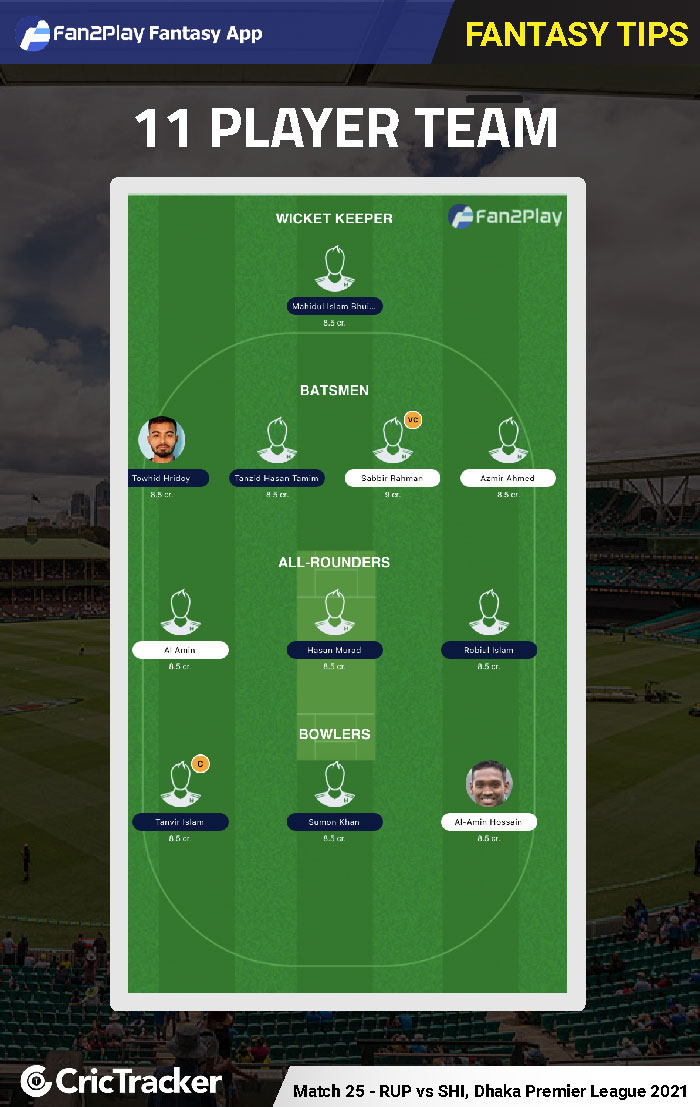