Hanuma Vihari is in great form and a good pick for your fantasy teams.

With the first 2 days ending in a draw no, all eyes are now on the 3rd Unofficial Test. Both South Africa A and India A will be eager to win this Test and whoever wins will take the series home. This series can be a turning point for the South African A players, who are all aiming to represent South Africa at the highest level. Marco Jansen was outstanding with his all-round show in the second Test, whereas skipper Pieter Malan has scored close to 200 runs in this series. There is still plenty of room for improvement and they are all set to defeat India in the third and final Test.

Visitors India A, on the other hand, will be disappointed as bad light enforced them just to satisfy for a draw in the second Test. Hanuma Vihari, who was the main attraction, struck two half-centuries in the last Test. They are likely to make changes for the final Test and will test their bench strength.

The wicket has been terrific in the first two Tests. It’s a lively surface where seamers will ask a lot of questions, having said it’s quite difficult to break partnerships here. Whoever wins the toss will definitely have an upper hand.

If we had three reviews during our time, Sachin Tendulkar would've scored 1 lakh runs: Shoaib Akhtar

Pieter Malan knows the conditions really well and will apply his batting skills according to the situation. He has struck 194 runs in this series at an average of 64.66 with the highest score of 163.

Marco Jansen is a game-changer for South Africa A. He had a good outing in the second Test where he scored 98 runs and picked up 3 wickets. He is a must-pick player for your fantasy teams.

Hanuma Vihari will be the key man for India in the middle order. He is preparing exceptionally well for the upcoming Test series against South Africa. In 2 matches in this series, he has accumulated 151 runs at an average of 75.5.

Priyank Panchal didn’t have the greatest of matches in the second Test where he managed to score only 24 runs. He has got a wide range of experience and has the potential to come back well in the third and final Test.

SA-A vs IN-A Must Picks for Dream11 Fantasy Cricket: 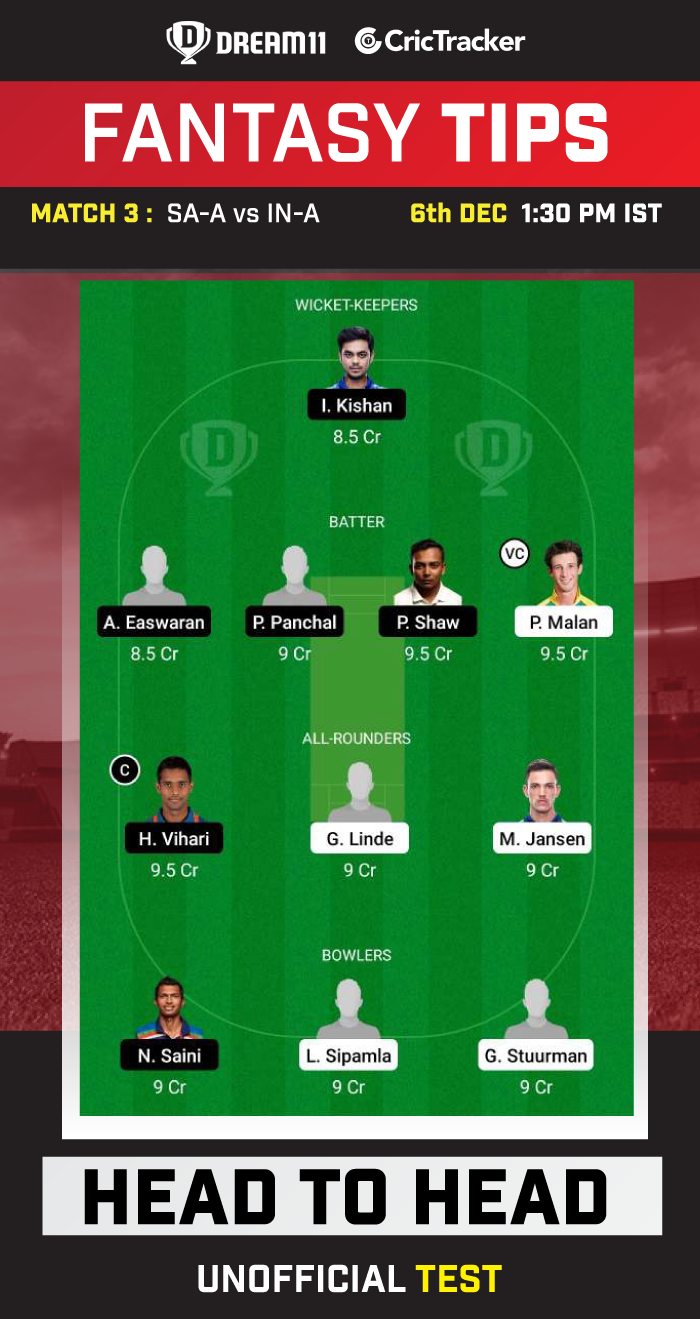 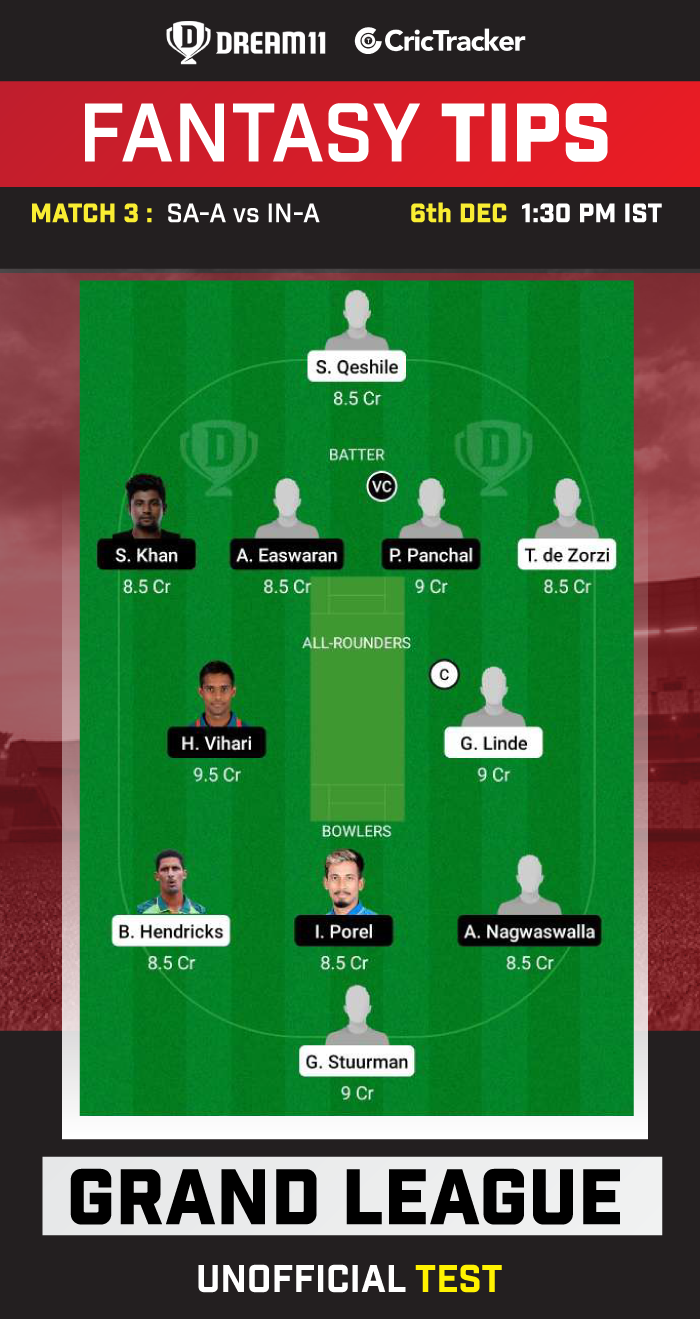 Sinethemba Qeshile is the most improved batter in the South Africa A team and has scored runs in crucial moments. In 2 matches in this series, he has scored 114 runs at an average of 57. You can take a risk and pick him as your fantasy team skipper.

Sarfaraz Khan played his part in the second Test and scored an unbeaten 71 runs in the first innings. He showed a lot of maturity in that inning. He is a risky captaincy pick for your fantasy teams.

Considering too many options, it’s better to avoid Saurabh Kumar while making your fantasy teams.