Resuming international cricket after a long halt, the Proteas can pat their backs for pushing England into some trouble during a 179-run chase in the last game.

The hosts South Africa will seek redemption after a demoralizing defeat on Friday against England. The clash was, by no means, a one-sided affair, although, that South Africa lacked in more departments than their rivals could not be denied. Their batsmen – barring Faf du Plessis – were unable to bank on the starts they got and, quite clearly, South Africa ended short of what they once looked in contention of.

With the ball, most of the bowlers contributed well, however, Jonny Bairstow’s class proved to be too much for them to handle. On the back of Bairstow’s scintillating 86-run knock, England hunted the target down with four balls to spare. Although the chase did not come easy for them as at one point in time, Geroge Linde and Lungi Ngidi reduced them to 34 for three, but Bairstow’s entry alongside the talismanic all-rounder Ben Stokes was where things started to sway away from South Africa.

Resuming international cricket after a long halt, the Proteas can pat their backs for pushing England into some trouble during a 179-run chase. In hindsight, had Beuran Hendricks’s shocker 28-run over went for a little lesser, the score-line might have shown the opposite. That said, South Africa will need to be on the top of their game come the second T20I.

The track at Boland Park in Paarl, unlike other venues in the nation, is known for its flatness. This would certainly keep the spinners interested. This being an evening game, and Paarl’s record favouring the chasing team more, both the captains would be keen to chase.

Playing combinations for SA vs ENG

Whether one realizes or does not, Jonny Bairstow has cemented himself as one of the finest players in white-ball cricket for England. His performance for England in limited-overs has been exceptional, and he showed his worth in the last game too. His spectacular 86-run knock became the guiding force in the team’s victory, and given his brilliant form, expect another hot show from the man.

With 503 runs in 16 innings at a strike-rate above 140, Quinton de Kock set the IPL alight this year, with his bat. In the last game as well, he looked fluent for his 30-run knock in 23 balls that included a couple of boundaries and a six. Furthermore, against England, de Kock has an impressive record, and he has scored 242 runs in 6 matches.

SA vs ENG Head to Head

England is expected to win the match. 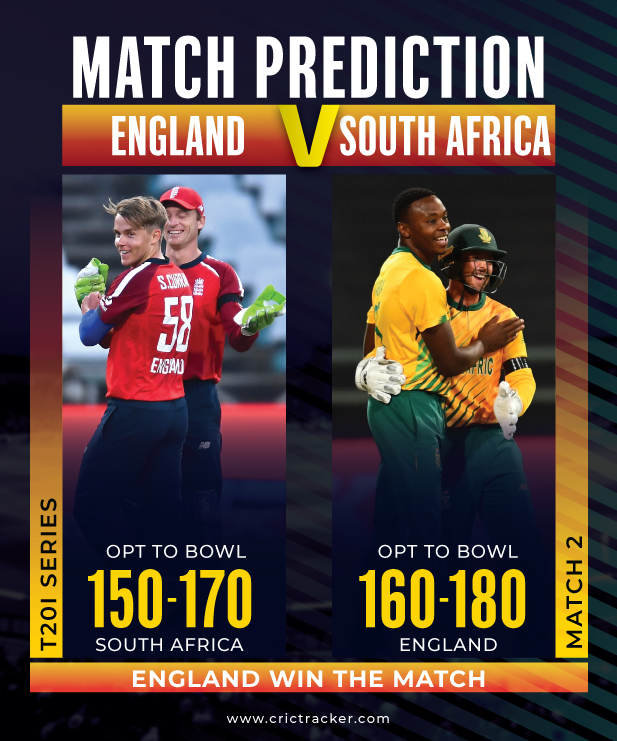