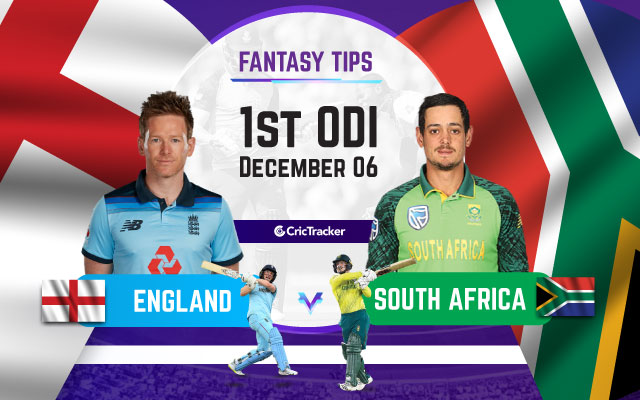 The 1st of the three-match ODI series between South Africa and England will be played at Boland Park, Paarl.

This match will start at 4:30 PM IST (1 PM local). It will be live on Star Sports 1 and Star Sports 1 HD. Live Streaming will be available on Disney + Hotstar.

South Africa and England will lock horns in the first of the three-match ODI series on Sunday. The visitors won the T20I series by 3-0 and the home team will be keen on putting its best foot forward. However, they are very much inexperienced and Quinton de Kock will have to lead from the front. England, on the other hand, have also rested Ben Stokes and Jofra Archer for this series but they still look the favourites to start the series.

There is no chance of rain at all in Paarl with the temperature expected to be in the early 20s during the match.

It isn’t a very high-scoring surface and the spinners have enjoyed bowling on it. The team winning the toss is expected to bat first.

Faf du Plessis has been rested for the ODI series

Pite van Biljon, Bjorn Fortuin, and Reeza Hendricks have been released from the squad to take part in domestic cricket.

Quinton de Kock has scored 5135 runs in 121 ODIs and will be key for South Africa in this series. Jonny Bairstow looked in good form in the T20I series and he will be looking to build on his 86 in the first T20I. He has also scored 3207 runs in 83 ODIs. George Linde was one of the most economical bowlers in T20I series and he might be the man for the hosts again. Adil Rashid could be the spinner for England after impressing in the T20I series. 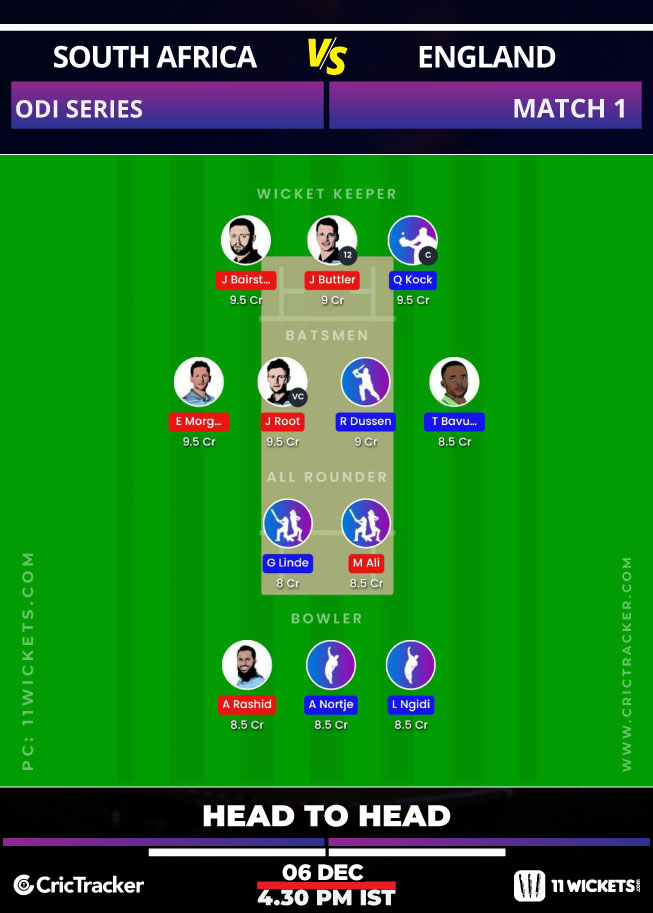 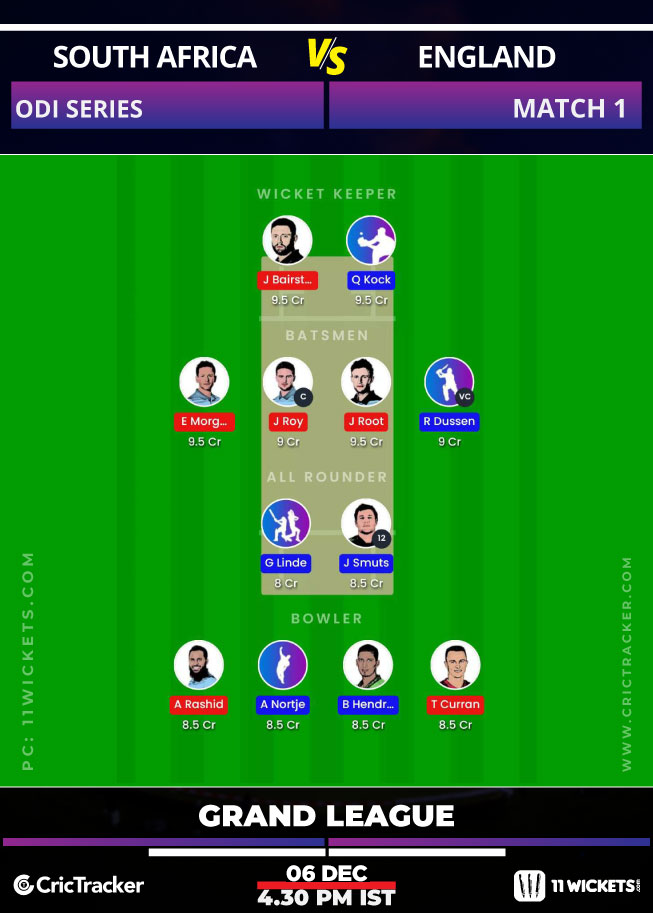 Adil Rashid could be a surprise pick for this match as he can run through South Africa’s batting line-up. He can be made C or VC of your Grand League Fantasy teams.