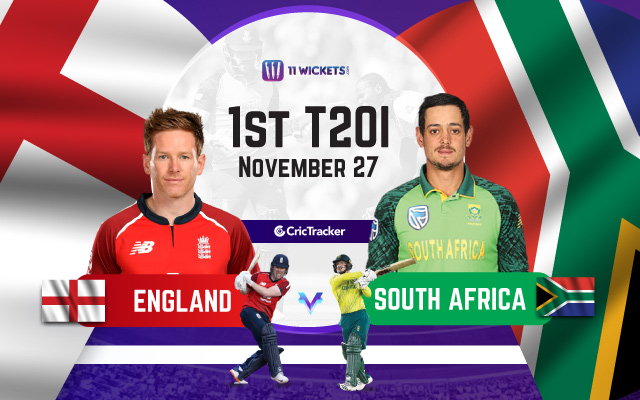 The 1st T20I of the three-match series between South Africa and England will be played at the Newlands in Cape Town.

This match will start at 9:30 PM IST (6 PM local). This match and the whole series will be live on Star Sports 1 and Star Sports 1 HD. Live Streaming will be available on Disney + Hotstar.

South Africa will return to international cricket after a long gap with the three-match T20I series in Cape Town on Friday. England have played quite a lot hosting the likes of West Indies, Pakistan, Ireland and Australia. The hosts, however, have suffered a few COVID positive cases in their squad and it remains to be seen who misses out due to the same reason. Expect this game to be a thriller with batsmen from both sides looking to go bonkers from first ball.

It will be cloudy during the match but there is no chance of the rain interrupting the proceedings at all. The temperature is expected to hover around 20 Degrees Celsius.

The surface at the Newlands could be a decent one for batting as this is the start of the season. The pacers will also enjoy bowling as they will extract more bounce. The side winning the toss is expected to bat first.

The names of 2-3 players who are tested positive for COVID-19 from South Africa camp are not revealed and we have picked the best XI from the squad.

Dwayne Pretorius has been ruled out of the series.

Quinton de Kock scored 503 runs in 16 innings at an SR of 140 in the IPL for Mumbai Indians. Jos Buttler smashed 328 runs in 12 outings for Rajasthan Royals and his strike-rate read 144.49. Kagiso Rabada won the Purple Cap in IPL picking 30 wickets in 17 matches while Jofra Archer accounted for 20 wickets in 14 matches at an economy of 6.55. 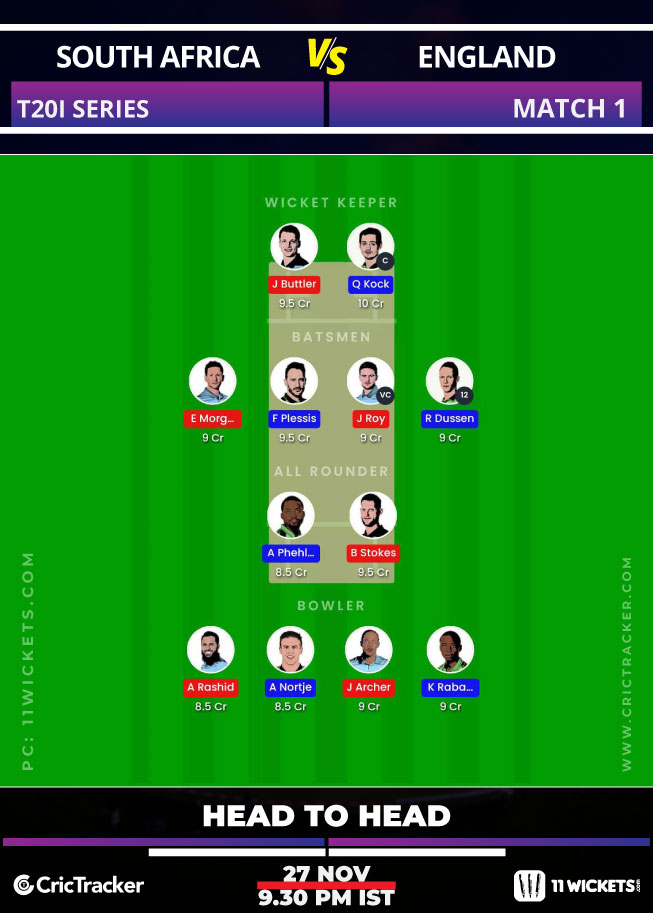 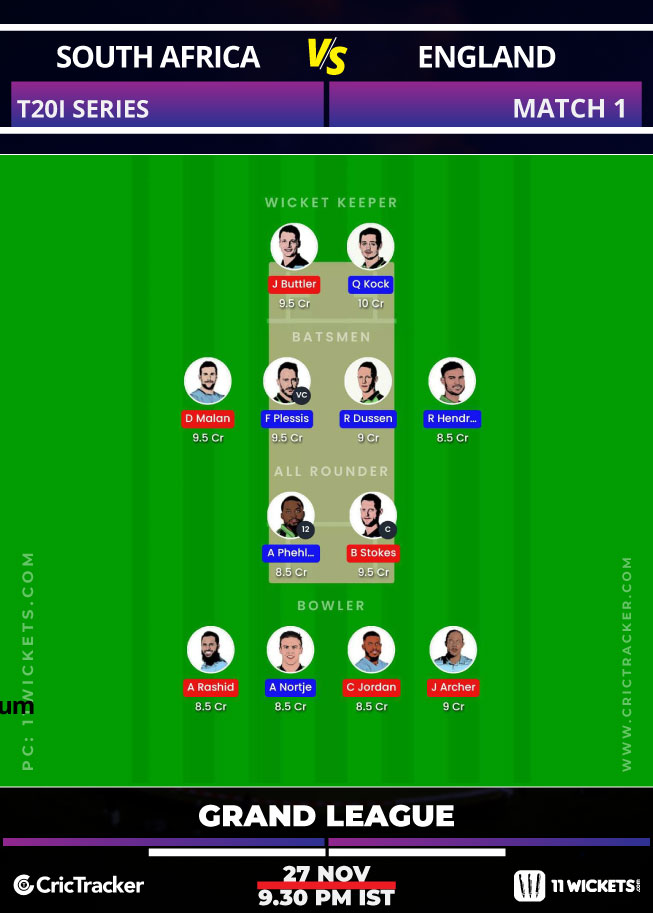 You can leave out Jonny Bairstow from your Fantasy team as he is likely to bat at four and might not get many deliveries to face.