Tabraiz Shamsi can be a good pick for this match.

South Africa and the Netherlands will face each other in the first ODI on Friday, November 26. The Proteas have had a splendid run in the recently concluded World T20 Cup. They will aim to carry the good momentum further in the series.

Quite a few key players of the side aren’t a part of the setup for the ODIs. Keshav Maharaj is all set to captain the team for this series. The Netherlands on the other hand had a rather dismaying outing in the multination tournament. They will try to punch above their weights to make an impact on this series.

The pitch is expected to favour the batters. On winning the toss, opting to chase can be a good alternative on this pitch.

Janneman Malan has chipped in 645 runs from 10 matches so far at a stunning average of 92.14.  He will be determined to make an impact on the side. He can be a good pick for this match.

Tabraiz Shamsi is one of the key players on the team. The spinner’s contributions will be crucial for the Proteas. He can be the other good pick for this game.

David Miller has played 136 ODIs and has smashed 3355 runs. He has a plethora of experience under his sleeves and will have a lot of hopes pinned on him to perform for the side. 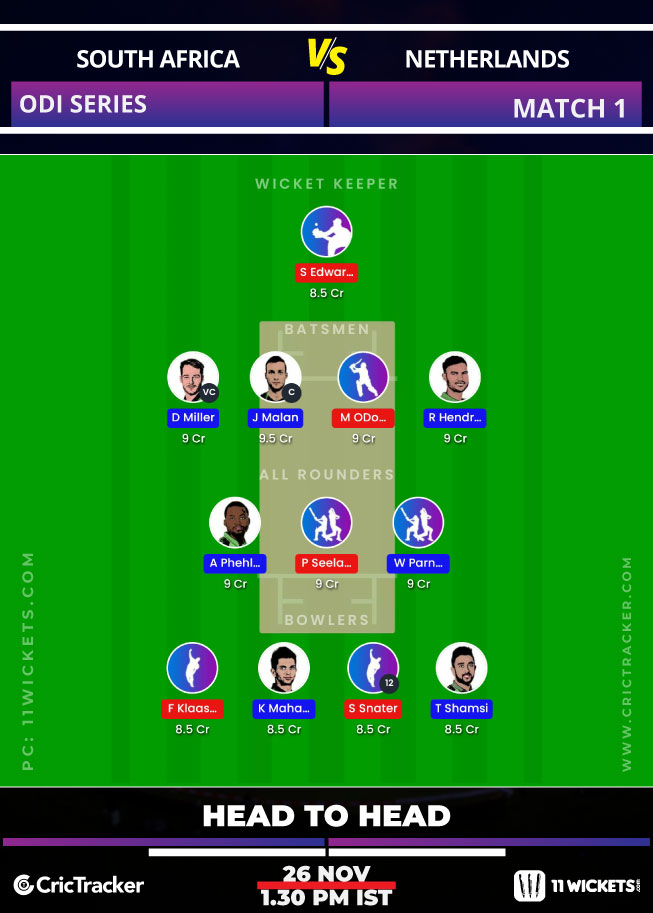 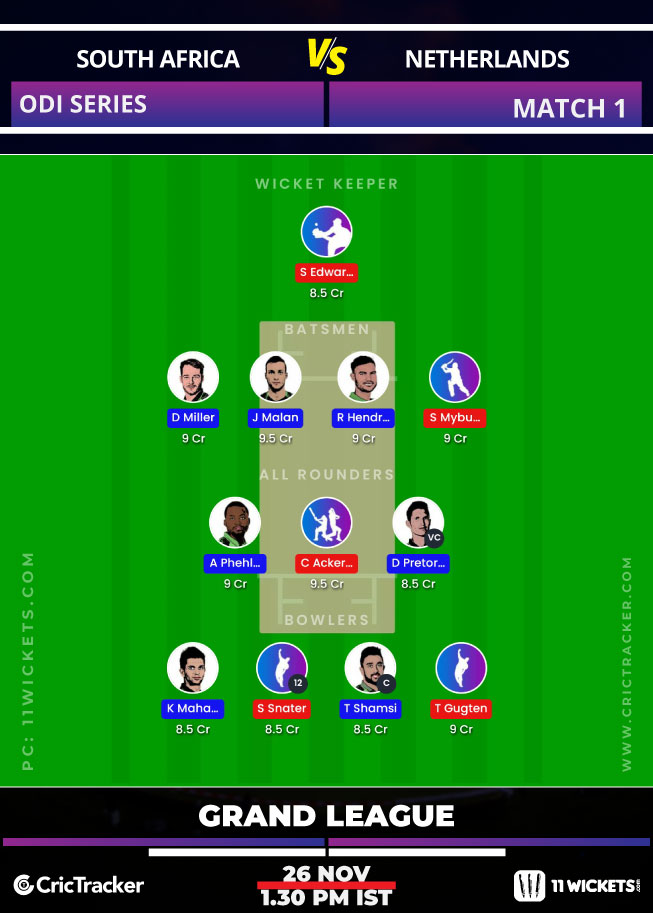