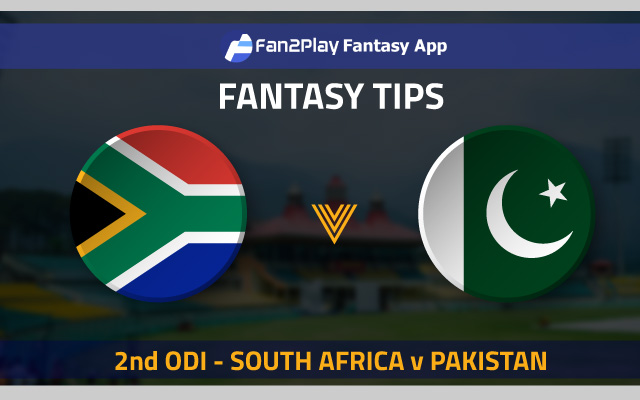 The second game of the ODI series between South Africa and Pakistan will be played at the Wanderers Stadium in Johannesburg on 4th April 2021.

The match will start at 1:30 PM IST. The live streaming will be available on the Hotstar app and website

Even after a late fightback from Anrich Nortje couldn’t ensure South Africa’s win the first ODI. The Proteas line-up would look to improve with the bat in the second ODI to stage a comeback in this series. Captain Temba Bavuma would be aware that it was the poor start with the bat which cost the hosts.

Pakistani bowling unit gave them a brilliant start by taking quick wickets early on. However, Rassie van der Dussen came to the rescue once again and managed to take South Africa to a competitive score. The flatness of the wicket didn’t allow them to defend the score of 273 for 6, but at one point, the match was pushed to a place where Pakistan could’ve crumbled. However, the platform which was laid down by captain Babar Azam and Imam-ul-Haq was enough to consolidate onto and finish the run chase.

Considering how the first match of this series panned out, it is expected that the second game would also be interesting. The pitch at the Wanderers Stadium could aid the batsmen even more than the first match and we have seen the wicket producing some high-scoring matches in the past. It will be a crucial match for the Proteas, who will be under tremendous pressure, knowing that another loss would cost them the series.

So far, in his 22-match ODI career, Rassie van der Dussen has not kept a foot wrong. His form in white-ball cricket has been fantastic in recent times. He carried on Friday from where he had left in the domestic tournament. His knock of 123, which was his maiden ODI ton, would boost his confidence even more. On top of that, he will be playing in his home ground, which is quite an advantage for him.

Babar Azam would be disappointed that he didn’t finish the run chase in the first match but his 13th ODI ton ensured that Pakistan was left in a good position when he was dismissed. His knock of 103 was of pure class and his form would be a crucial aspect going forward in this series. An average of 56.66 in ODIs shows how consistent he is in this format of the game. 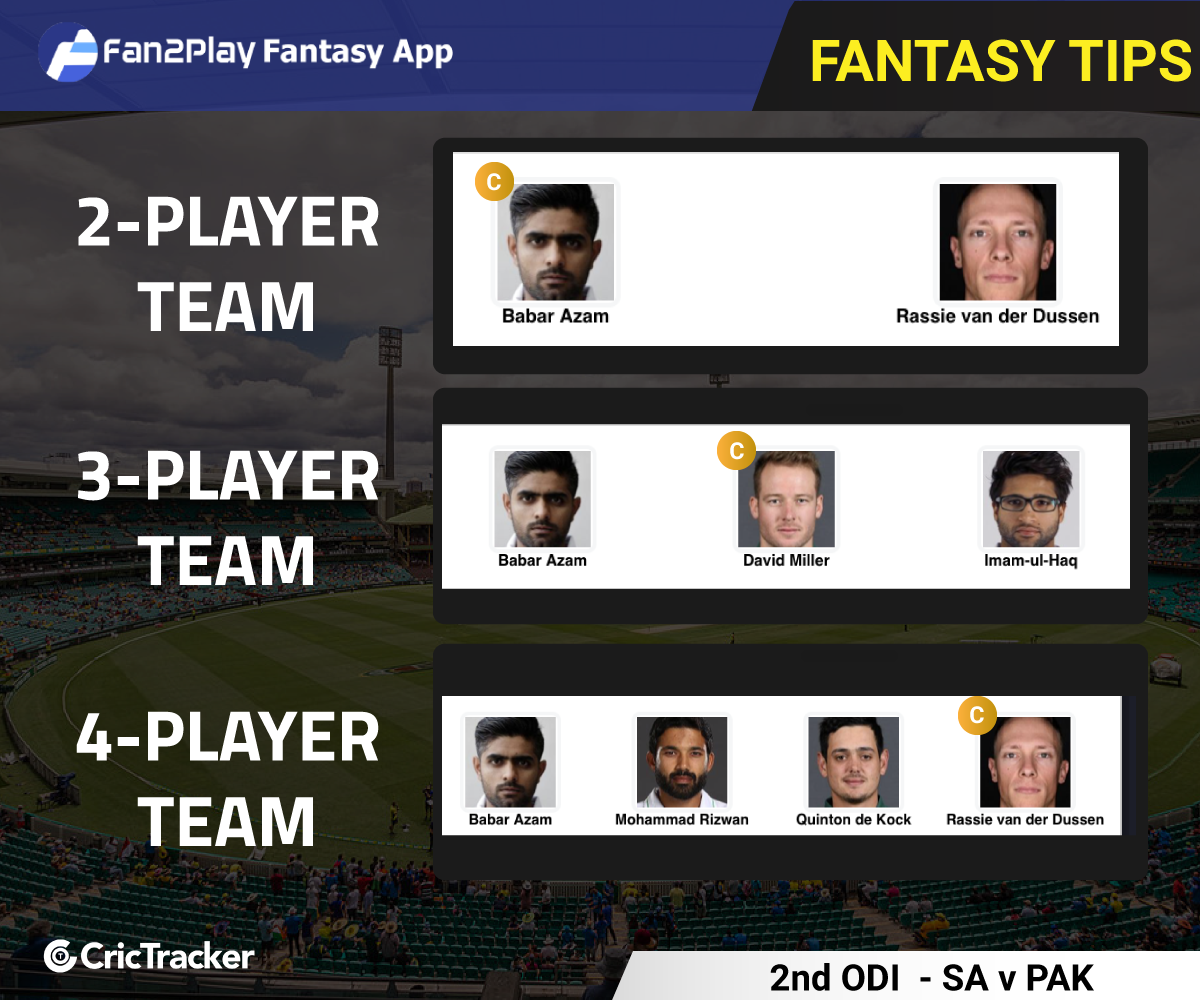 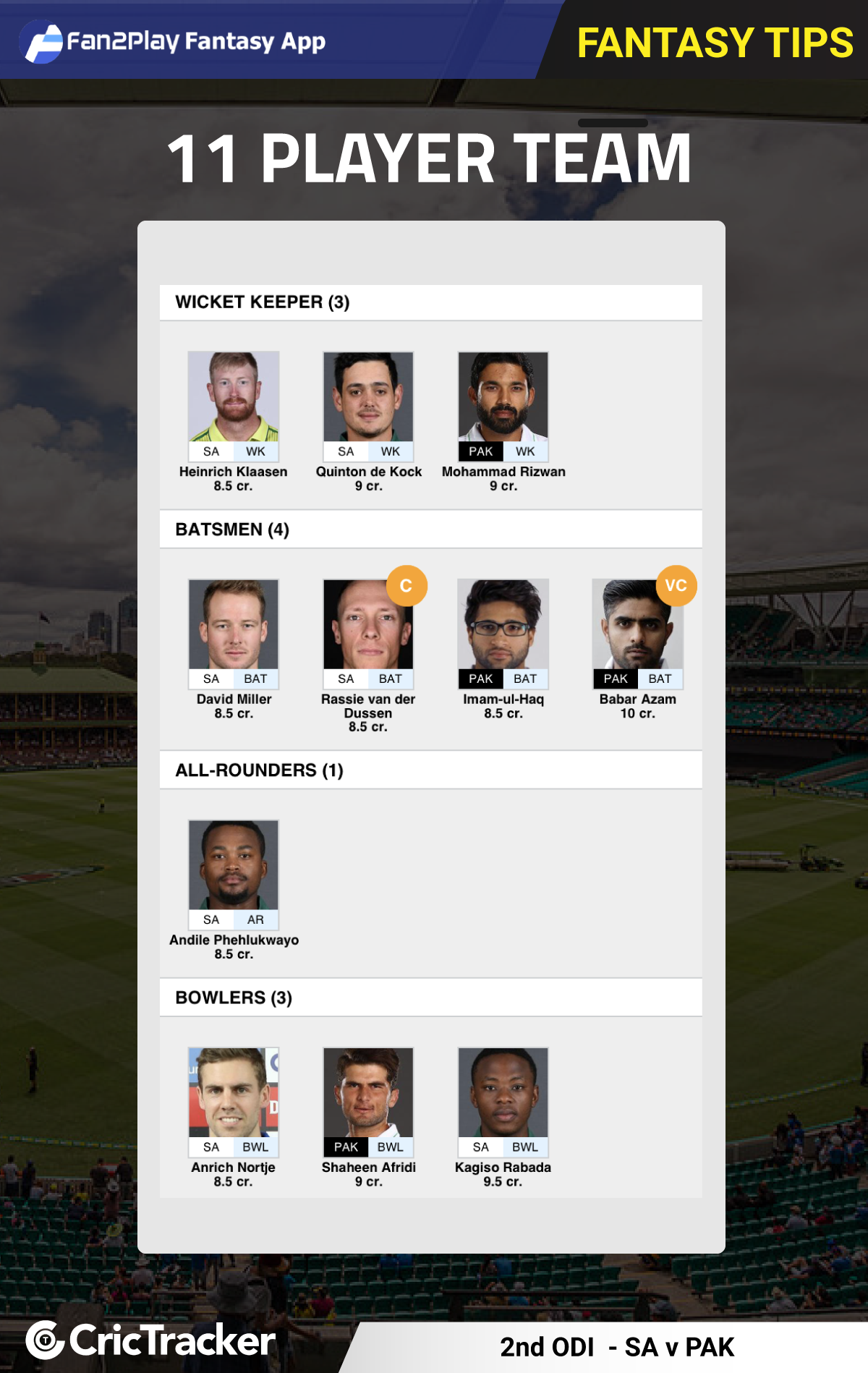