There is no way of keeping Pakistani skipper Babar Azam out of the game. 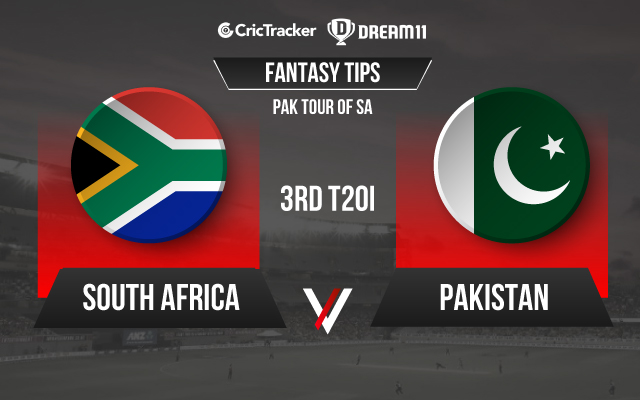 After losing the 1st T20I in the final over of the game, Heinrich Klaasen and his men came back strongly in the 2nd T20I and registered a 6 wicket win to level the series 1-1 with 2 matches to be played. Aiden Markram and Heinrich Klaasen are in good touch with the bat which is a good sign for South Africa.

Pakistan lost early wickets in the powerplay which affected their run-rate with the bat and they went on to lose the 2nd T20I by 6 wickets. They made some changes to their line-up which is the main reason for their loss. They need to win the remaining 2 matches in order to win the series.

10 T20I matches have been played here in SuperSport and 7 matches have won by the team batting first. It’s a good batting wicket and bowlers can also generate pace and bounce.

ZIM vs PAK, 2nd Test, Day 3 Review: Formalities await as Pakistan only a solitary wicket away from clean-sweeping Zimbabwe

There is no way of keeping Pakistani skipper Babar Azam out of the game. He is one of the most consistent batsmen we have seen in recent years in all forms of the game. He will be playing his 50th T20I on Wednesday.

Aiden Markram is a surprise element for the hosts. He came in as a replacement he scored two back-to-back half-centuries in this series. In 2 matches, he has scored 105 runs at an average of 52.5.

George Linde truly deserved the Man of the Match award for his all-round performances in the 2nd T20I. He picked up 3 crucial wickets at an economy of 5.8 runs per over and remained unbeaten on 20* runs from just 10 balls.

Veteran cricketer Mohammad Hafeez made a vital contribution with the bat in the 2nd T20I, scoring 32 runs from 23 balls.

The number 1 T20I ranked bowler Tabraiz Shamsi has been exceptional so far in this series. He hasn’t given away runs easily. In 2 matches, Shamsi has picked up 3 wickets at an economy of 6.37 runs per over.

Hasan Ali is the main bowler for Pakistan in this T20 format and he can score runs with the bat as well coming down the order. In his T20I career, he has scalped 40 wickets at an economy of 8.37 runs per over.

South Africa skipper Heinrich Klaasen is leading from the front. He has batted well in the first two matches of this series, scoring 86 runs at an average of 86.

Mohammad Rizwan had a rare failure in the previous game as he got dismissed for a first-ball duck. There are plenty of reasons to pick him in your fantasy teams as he has scored 584 runs in just 23 T20I innings.

South African opener Janneman Malan is getting the starts, but has not been able to capitalize on it. In 2 matches, he has scored 39 runs and hence he is risky captaincy material.

George Linde can give a breakthrough with the new ball and he is a handy batsman in the middle order as well. You can take a risk in making him your fantasy team skipper.

Haider Ali has scored only 26 runs in 2 matches so far in this series. Considering his current form, you can avoid him while making your Dream11 fantasy teams.