After a poor ODI series, Heinrich Klaasen is showing his class in the T20I series. 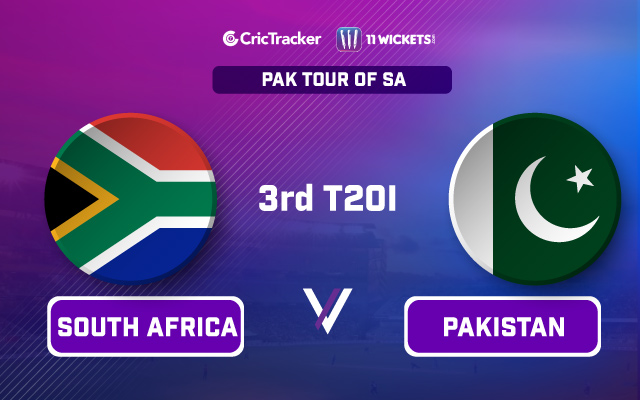 Though South Africa were plagued by injuries and the team they fielded against Pakistan in the 2nd ODI was very inexperienced, they surprisingly managed to get the job done. Thanks to Lizaad Williams and George Linde’s magnificent spells, Pakistan could only 140 runs while batting first.

In the run chase, Aiden Markram and Heinrich Klassen made sure that they seal the win and subsequently keep their hopes alive of winning this T20I series. With the series now hanging in perfect balance, we can expect a thrilling game yet again at the rainbow nation.

The surface here in SuperSport Park is batting-friendly. That being said, the fast bowlers will also get some purchase here.

Shahrukh Khan reminds us of a young Kieron Pollard when he had come into the IPL: Virender Sehwag

Pakistani skipper Babar Azam has scored 64 runs in this T20I series. He has maintained an average of over 30.

Aiden Markram has batted brilliantly for the hosts in this series. He has scored 105 runs and has maintained an average of over 50.

After a poor ODI series, Heinrich Klaasen is showing his class in the T20I series. He has scored 86 runs at a strike rate of 175+.

Mohammad Rizwan is Pakistan’s leading run-getter in this series. He has scored 74 runs and has an average of over 70. 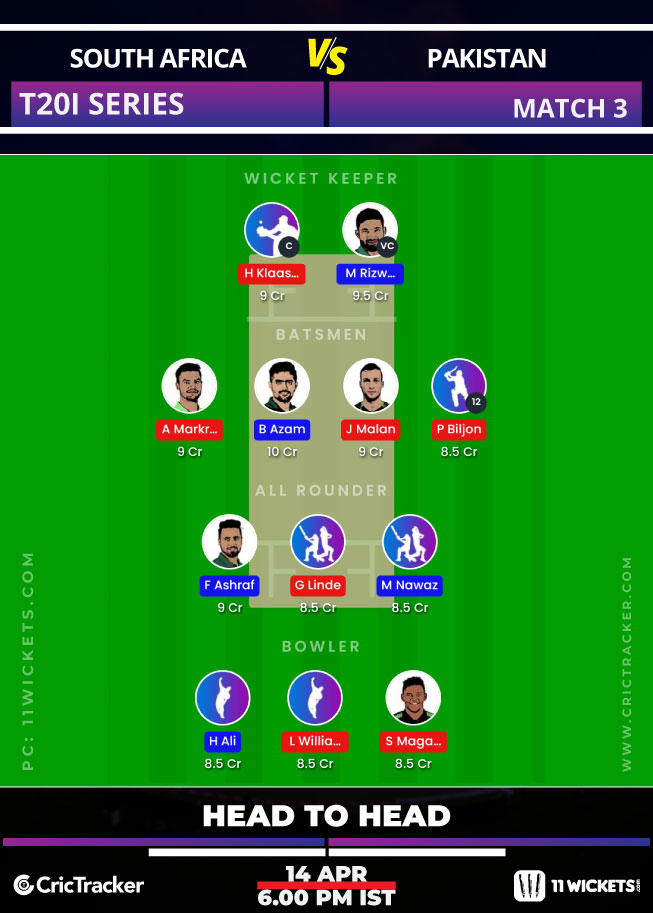 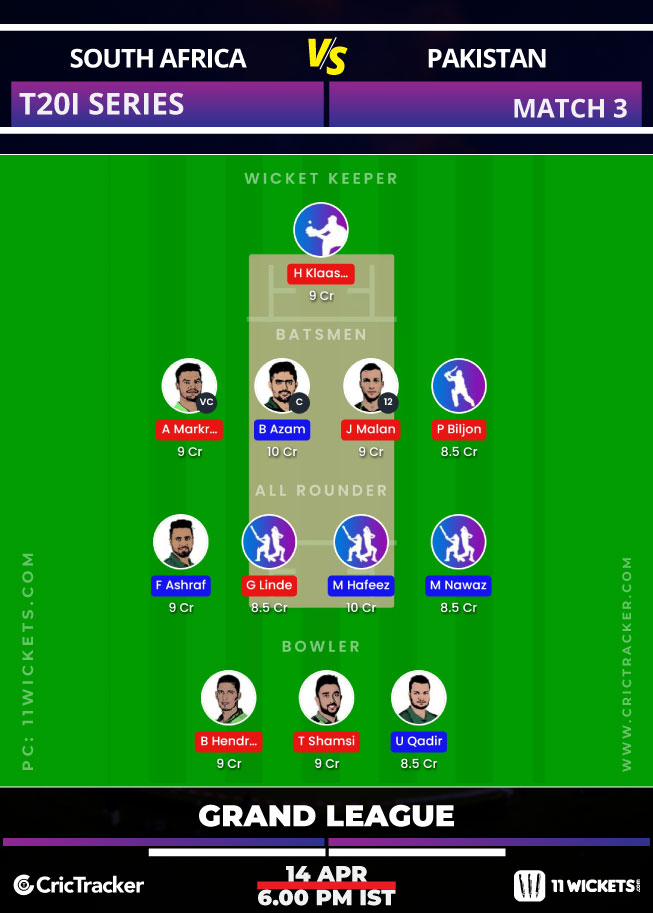