Sanju Viswanath Samson the 19 years old boy for Kerala has already made name for himself and eager fans await his entry into the Indian dressing room. He has not played an international game yet and still has a huge fan base, and all eyes on him whenever he walks into the ground as he is Sanju Samson the Rising Star of Indian Cricket .

Samson was another batsman in the Indian domestic circuit who had the caliber of making it to the Indian team some day but there is a sea of batsmen in India who are capable. What makes him different is his fearless attitude and self belief. For someone as young as him facing fierce fast bowlers to world class spinners. 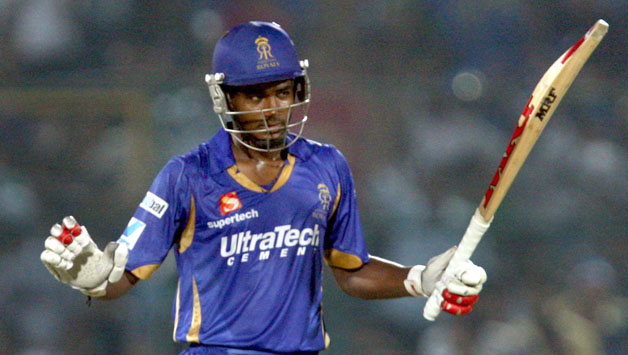 He is playing in the Indian Premier League for the Rajasthan Royals from the previous season and they retained him for the IPL7. Sanju plays as their wicket keeper and batsmen who has won them a few matches on his own. He is the youngest player in IPL history to score a half-century also the youngest in Champions League T20.

With a first class record of 911 runs in 13 matches with the best score being 211 including 4 hundreds and 3 fifties you count this guy serious. In the 2014 Ranji season he was Kerala’s highest run getter, scoring 530 runs at an average of 58.88.

He made his IPL debut for the RR in 2013 and has not looked back since then forms a core part of the team and has an important role to play. In his debut season Sanju played 11 matches scored 206 runs and received quite a few awards for his innovative thinking and shot making.
Sanju made name for himself from his very first outing popular commentator Harsha Bhogle tweeted after watching Sanju bat ” must confess i like the look of sanju samson. first time i saw him play. good crop coming from kerala.”

His skipper at the RR, Rahul Dravid too heaped praises for the young Kerala boy and said he was someone to be watched out for.

This was not it he also won the best young player award that year through a poll conducted in the official IPL website.

He continued the form he had in the IPL into the 2013 Champions League Twenty20. Where he scored 192 runs in 6 matches at an average of 39 including 3 half centuries at a strike rate of 127.

Sanju looks to be in good touch this IPL season too, with 55 runs in two outings there is more to come and one would expect someone of his stature now to go out and win the matches for RR whenever he gets a chance. It will be interesting to be around and see the rise of this young batting talent from the state which is known to follow more of football than cricket if he can make it to the highest level and make his country proud is yet to be seen what we have now is lot of promises and eager eyes.