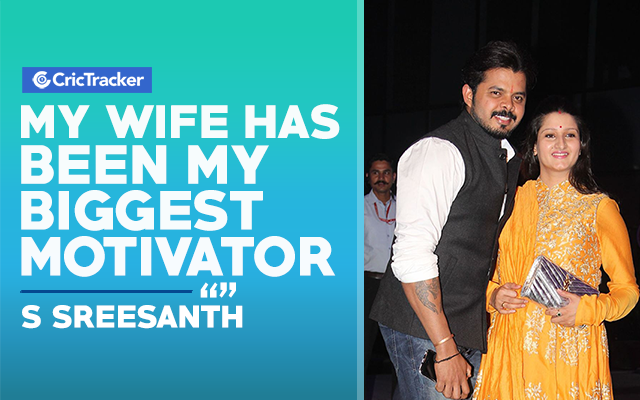 ‘In the air, Sreesanth takes it. India win’ – the voice of Ravi Shastri is still fresh as a daisy in the mind of Indian fan. An animated Sreesanth plucked Misbah-ul-Haq’s catch as the MS Dhoni-led side etched its name into the history by lifting the inaugural T20 World Cup in South Africa.

An aggressive run-up, vulturous eyes and a pumped-up on-field attitude, it was almost impossible to keep Sreesanth away from the game. Be it an animated wicket-taking celebration or a fiery stare at the batsman– Sreesanth never missed a chance to grab eyeballs while donning the blue jersey.

However, the pacer’s career took an ugly turn after the imposition of a life ban. But the Supreme Court, in the previous year, set aside the life ban that was imposed by the BCCI disciplinary committee for Sreesanth’s alleged role in the 2013 IPL spot-fixing incident.

Justice DK Jain also stated that the pacer’s ban will end on September 13 this year, seven years as compared to the original life ban. Itching to pave his way back into the Indian side, the mercurial pacer is hopeful for donning the national jersey once again. The age factor may serve as a roadblock for Sreesanth but he is planning for an international return nonetheless.

Being away from the sport for seven years can definitely be a tumultuous period for any cricket. 37-year-old Sreesanth, in an Instagram Live with CricTracker, reflected on his seven years of absence. He acknowledged the role played by his wife Bhuvneshwari Kumari during these tough times.

“She (my wife) always keeps me motivated. She always says not to stop at first-class cricket, but to play intl cricket when I make my comeback. She has been my biggest motivator. I am blessed to have her in my life. She saw my struggle in the past seven years,” Sreesanth told host Adarsh Raman during the Instagram Live with CricTracker.

While donning the Indian jersey in 27 Tests, 53 ODIs and 10 T20Is, 37-year-old Sreesanth has plucked 87, 75 and 7 wickets respectively. He has also plied his trade for Kings XI Punjab, Kochi Tuskers Kerala and Rajasthan Royals in the IPL.

Being eager to brace the field again, Sreesanth also expressed his desire to play at Wankhede, the very same stadium where he played the 2011 World Cup final. Scalping a fifer in his comeback game in Mumbai would be the ultimate dream, said Sreesanth on his ideal return to the game.