Consider picking all 3 of Moises Henriques, Sean Abbott, and Travis Head in your Dream11 Fantasy team.

The 16th Match of the Sheffield Shield 2020-21 will be played between South Australia and New South Wales which is starting from 6th March at Adelaide Oval in Adelaide.

South Australia will take on New South Wales in the 16th match of the Sheffield Shield 2020-21, starting from Saturday. South Australia managed to draw their previous game against Western Australia, They will consider themselves unlucky as they only picked up 9 wickets in the 4th innings of the match. Their chances of qualifying for the finals are way too less since they are placed at the bottom of the table with 7.51 points. So far, they have played 5 matches and have lost 3 of them. They are still seeking their first win in this tournament and will be hoping to do their best with 3 matches to go.

On the other hand, New South Wales has announced a very strong squad, which includes David Warner and Mitchell Starc. They, however, are definitely going to miss the services of star batsman Steven Smith. New South Wales managed to draw their previous match against Victoria but took an important lead in the first innings. With 2 wins, one loss, and a draw, currently, they are placed second in the standings with 21.07 points. Both the sides have got some seriously talented cricketers in their line-up and it will be interesting who will finish on top.

The surface here at the Adelaide Oval has got a good carry and bounce, and seaming conditions will definitely test the character of the batsmen. Having said that, they will be rewarded if they play as long as possible. The straight boundaries are quite long as compared to the side boundaries. Batting first is advisable on this surface.

South Australian skipper Travis Head was astonishing in the previous match against Western Australia, scoring 223 runs in the first innings. Overall, he has scored 693 runs in 5 matches at an average of 77, including 3 centuries and a half-century as well.

Opener Henry Hunt scored his first century of the tournament against Western Australia in the previous game. With his 109 from 176 balls, he took his overall tally to 456 runs in 5 matches at an average of 45.6.

Wicketkeeper Alex Carey played an important knock in the second innings against Western Australia. He scored 82 runs which helped his side to set a good target.

Nathan Lyon has picked up the most wickets for New South Wales. He has scalped 21 wickets in 5 matches with the best figures of 6/21 in an innings. He is handy with the bat as well at the lower order.

Moises Henriques was excellent with the bat in the previous game against Victoria, scoring 141 runs. Overall, he has scored the most runs for New South Wales in this tournament with 549 runs in 5 matches.

Sean Abbott is having an exceptional tournament with both bat and ball. He has picked up 17 wickets in 5 matches with the best figures of 6/89 and has scored 371 runs in 8 innings at an average of 74.2 with the highest score of 102*. 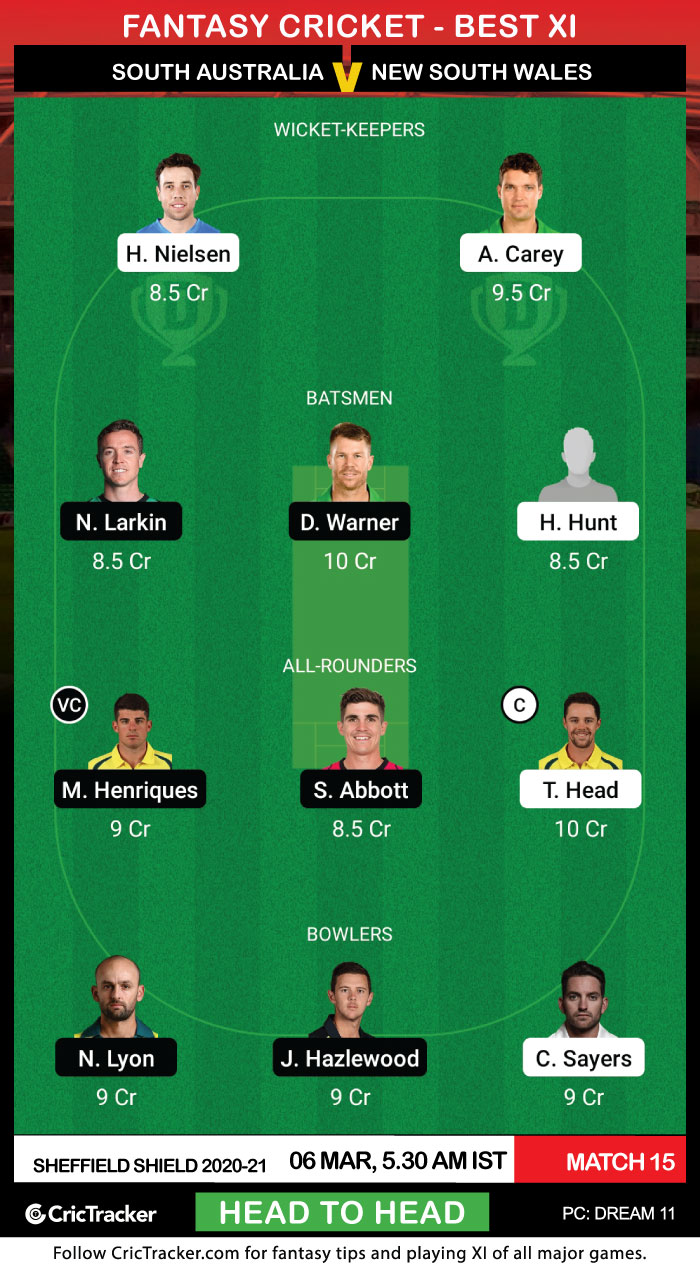 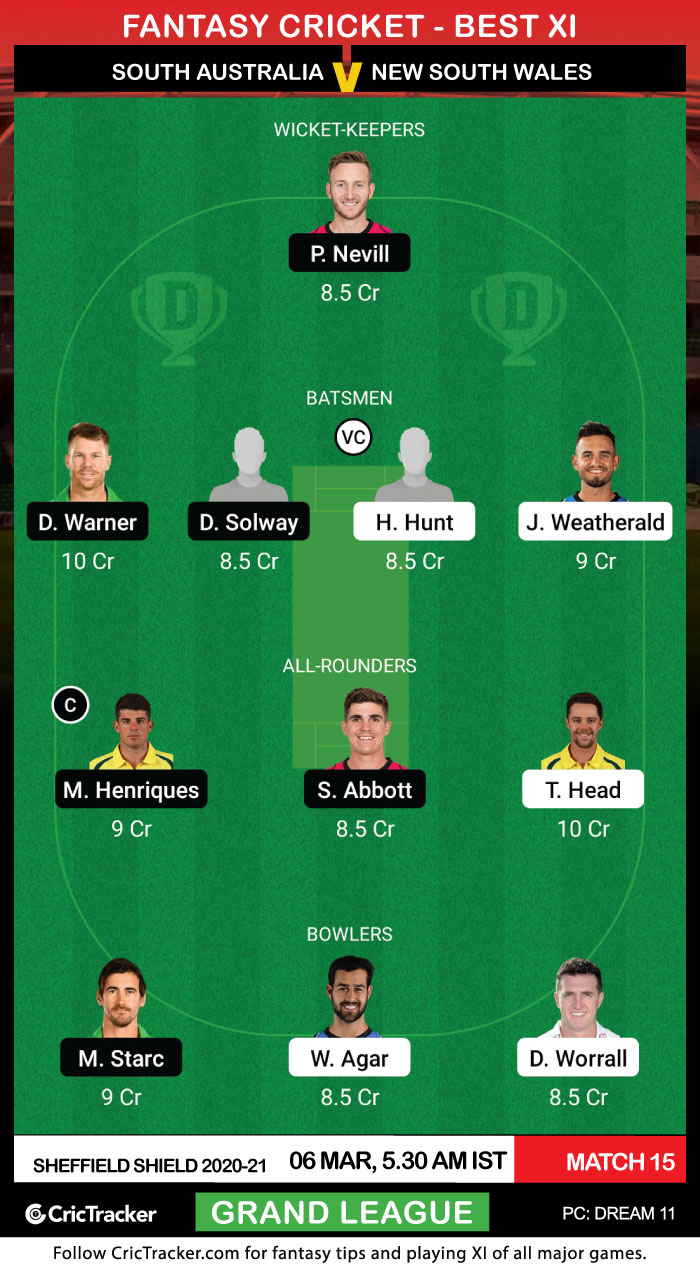 All-rounders rule the roost in the longest format of the game. Consider picking all 3 of Moises Henriques, Sean Abbott, and Travis Head in your Dream11 Fantasy team.

New South Wales are expected to win this match.