It is advisable to pick Peter Handscomb as the captain of any one of your Dream11 Fantasy teams.

The 18th match of the Sheffield Shield between Victoria and Queensland will be played at the Allan Border Field in Brisbane, on 15th March, Friday.

Victoria are taking on Queensland for the next fixture in the Sheffield Shield season 2020-21. Victoria are coming off a rain-interrupted draw against Tasmania last week. It was the fourth draw for Victoria this season, which placed them at the fourth position in the points table. They have won only one game so far and would like to get that winning momentum back in their away fixtures to keep their chances alive for a spot in the finals.

On the other side, Queensland are having a pretty good season so far with 28.14 points. They have won three out of their five encounters followed by a draw in the last game. Their batting order has been in top form with everyone stepping in when needed. They will just need to keep things simple and continue their good run to make it through to the next round.

There are 60-70% chances of precipitation during the morning, followed by even more during the third session. The temperature will be around 23-24 degree celsius. The weather forecast suggests even more rain in the next three days.

The pitch here at the Allan Border Field will assist the batsmen more than their bowling counterparts. Any score of under 400 might be below par here.

Peter Handscomb is leading Victoria from the front as the skipper is having an amazing summer. He has scored 346 runs in his last four outings for Victoria. Handscomb was the highest run-scorer for Victoria in the last game against Tasmania, followed by a brilliant 95 in the Marsh One Day Cup.

Marnus Labuschagne will always remain a top pick for Queensland. The right-handed batsman has scored 517 runs at an average above 64 for Queensland, which makes him the highest run-scorer from his team. He was unlucky to miss out a hundred in the last game.

Matt Renshaw scored a sublime century in the last game against Western Australia. He has an average of 72.83, which is the best by a Queensland batsman.

James Pattinson will continue to be the leader of Victoria’s bowling attack. The experienced pacer has played only three games and has already taken 13 wickets so far at an average of 18.53.

Marcus Harris is the highest run-scorer for Victoria with an average above 64. He will be a smart pick, considering he will open the innings and there is a prediction of rain for all the days of this match.

Also Read – Reports: IPL 2022 to feature 10 teams, two additional teams to be auctioned in May 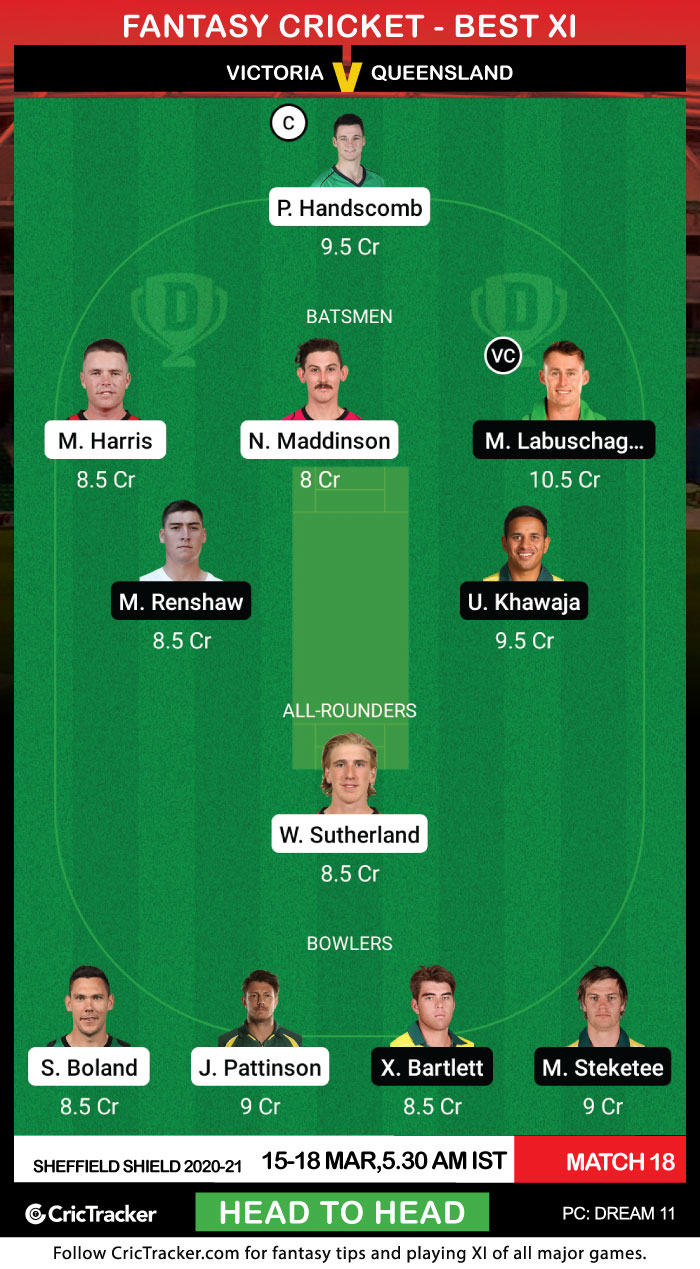 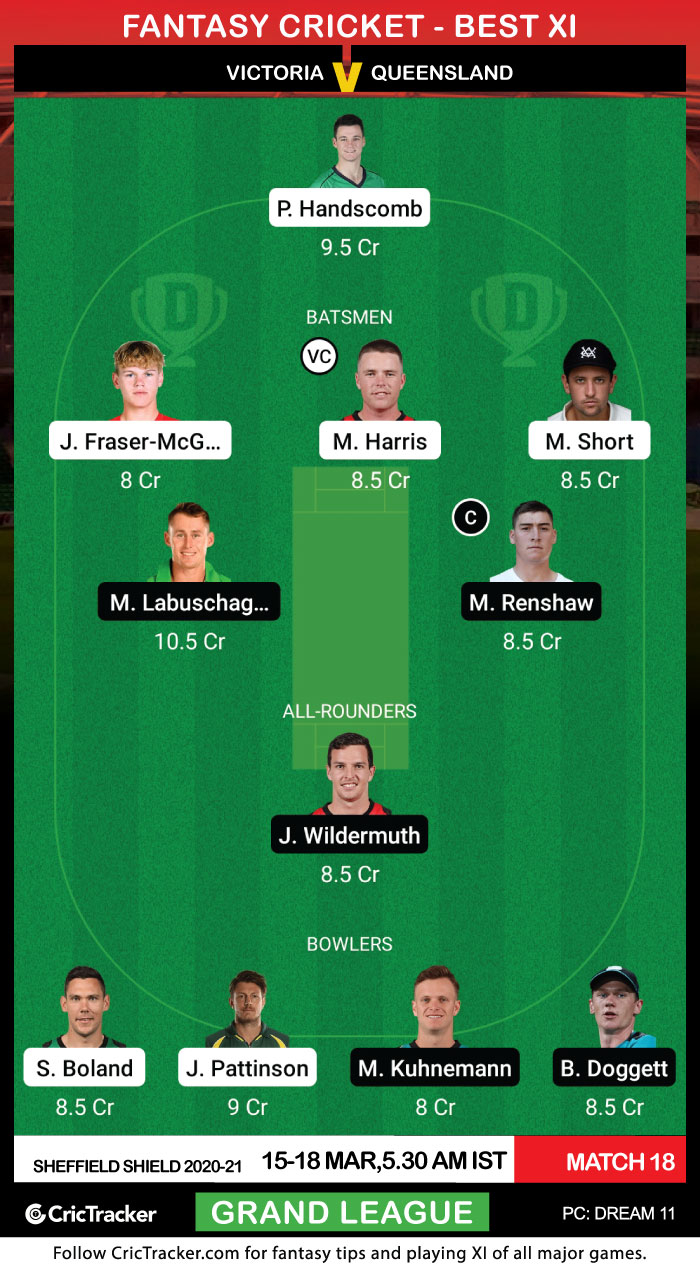 Peter Handscomb is looking unstoppable, having 346 runs in just 4 outings for Queensland in the last couple of weeks. It is advisable to pick him as the captain of any one of your Dream11 Fantasy teams.

Queensland is expected to win this match.