Cameron Green and Marcus Harris have been the main performers with the bat for their respective sides. Both are must picks for your Dream11 fantasy team.

The 21st match of the Sheffield Shield 2020-21 will be played between Western Australia and Victoria at W.A.C.A Ground in Perth starting from 25th March.

Western Australia will take on Victoria in the 21st match of the Sheffield Shield 2021. Western Australia should be high on confidence after beating Victoria by a massive margin of 170 runs in the Marsh One Day Cup on Tuesday. Despite a double century from inform Cameron Green Western Australia couldn’t able to take the first-innings lead against Queensland in their previous match. With 2 home matches still left for Western Australia need a miracle to qualify for the finals, with one win and 5 drawn matches they are currently sitting at the fourth spot in the standings with 19.7 points.

Meanwhile, Victoria are also in the same boat as Western Australia. They too have won one and drawn 5 matches so far and are just below Western Australia in the points table with 18.57 points. Rain spoiled their previous match against Queensland. Marcus Harris is in tremendous form in this tournament, having scored 600 plus runs and Scott Boland has been their go-to bowler whenever they needed wickets. Their qualification chances for the finals are way too less. At present, both teams are in the bottom half of the standings and better performance here will take them up in the points table.

It will be cloudy on the first day of the match, the sun will be out for the next 3 days with the maximum temperature touching the 30 degrees Celsius mark and the minimum temperature is predicted to be 23 degrees. There is no chance of precipitation for this match.

Despite the pacers getting bounce out of the surface still, it’s a beautiful wicket to bat on, especially in the first innings of the match. Till day 21, we can expect the batsmen to dominate, but from there onwards bowlers will get over the batters. The match might get end in a draw if both the teams put up huge scores in their first innings. Whoever wins the toss should bat first.

Cameron Green is in form of his life with the bat at the moment. He is the leading run-scorer in this tournament, scoring a whopping 817 runs in 10 innings at an average of 102.12, with the highest score of 251.

Western Australia skipper Shaun Marsh in the previous match against Queensland scored an important 70 runs in the first innings of a match. Overall in this tournament, he has scored 626 runs in 10 innings at an average of 69.55, with the highest score of 135, which comprises of 3 centuries and 2 half-centuries.

Opener Cameron Bancroft too is having a good season with the bat, having scored 430 runs in 10 innings at an average of 43, with the highest score of 126.

Marcus Harris is in fourth place in the list of leading run-scorers in this tournament. Harris has scored 629 runs in 10 innings at an average of 78.62, with the highest score of 239. He has struck 2 centuries and one half-century.

Victoria skipper Peter Handscomb is in good touch, having scored 424 runs in 10 innings at an average of 53, with the highest score of 124*.

Scott Boland is the third-highest wicket-taker in this tournament, having picked up 24 wickets in just 8 innings with the best figures of 6/61 in an innings.

Also Read – ‘Would you have removed Jasprit Bumrah as well?’ – Virender Sehwag accuses Team India of being partial in selection matters 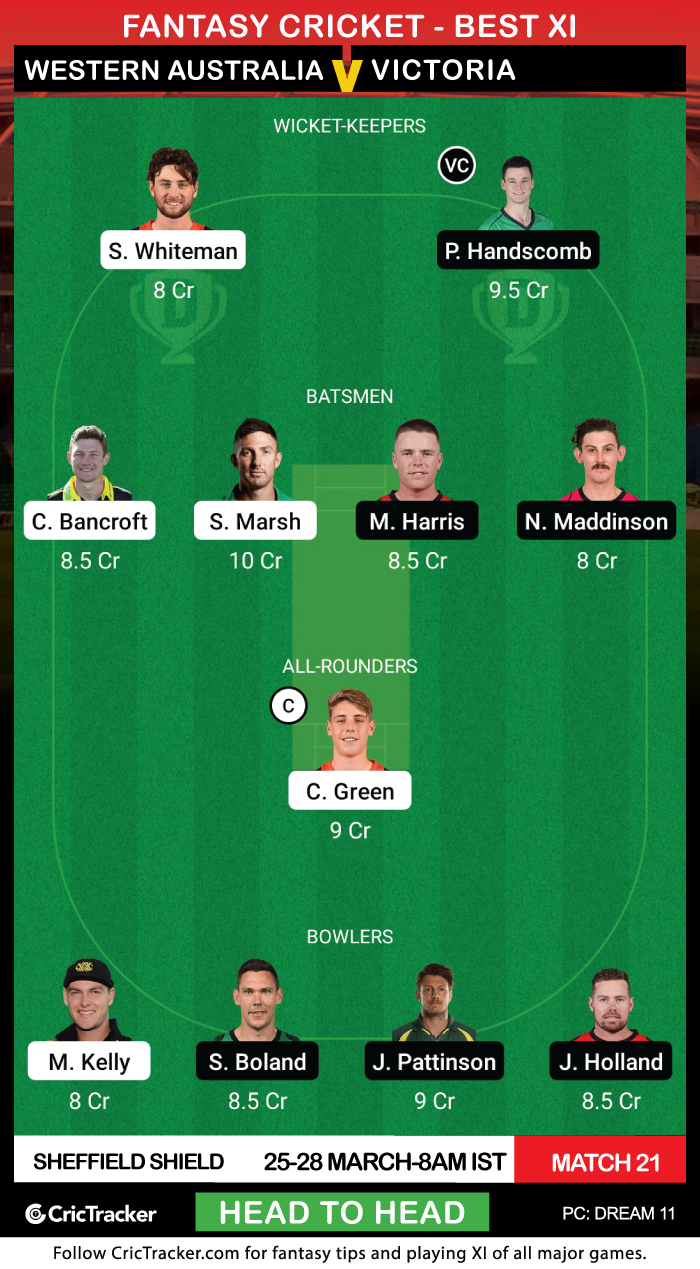 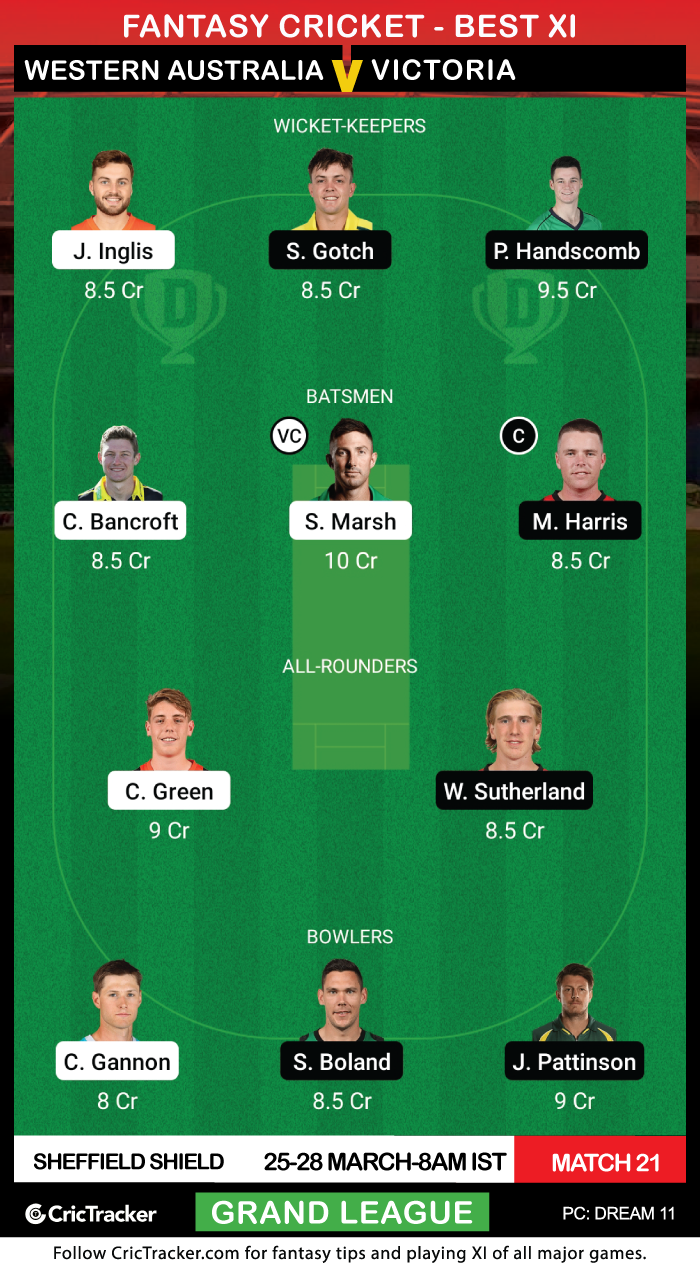 Cameron Green and Marcus Harris have been the main performers with the bat for their respective sides. Both are must picks for your Dream11 fantasy team.

Western Australia are expected to win this match.