It is advisable to pick both Marnus Labuschagne and Nathan Lyon in your Dream11 fantasy team.

Team Queensland are at the top of the points table by winning three out of seven matches with total points of 30.84. They have lost one match and have drawn two matches. On the other hand, New South Wales are at the second spot on the points table.

The Blues have won three out of seven matches and have 29.01 points. They have lost two matches and have drawn as many games. It is expected to have a cracker of a match as top two teams of the tournament would be against each other.

The pitch helps the bowlers a lot and best suited for the pacers. It is expected to be a low scoring game. Whoever wins the toss should choose to bowl first.

Marnus Labuschagne has been in the tremendous form in the on-going Sheffield Shield. He has scored 517 runs in six matches at an average of 64.63.

Matt Renshaw has performed decently so far in the tournament. He has managed to score 437 runs in 8 innings with an average of 72.83 and his highest score is unbeaten 168.

Newley appointed New South Wales’ skipper Kurtis Patterson has performed decently so far in the tournament. In 7 matches, he has scored 294 runs with the highest score of unbeaten 102.

Nathan Lyon is one of the leading wicket-takers in the tournament so far. In 13 innings, he has picked up 33 wickets with the best bowling figure of 10/78.

QUN vs NSW Must Picks for Dream11 Fantasy Cricket: 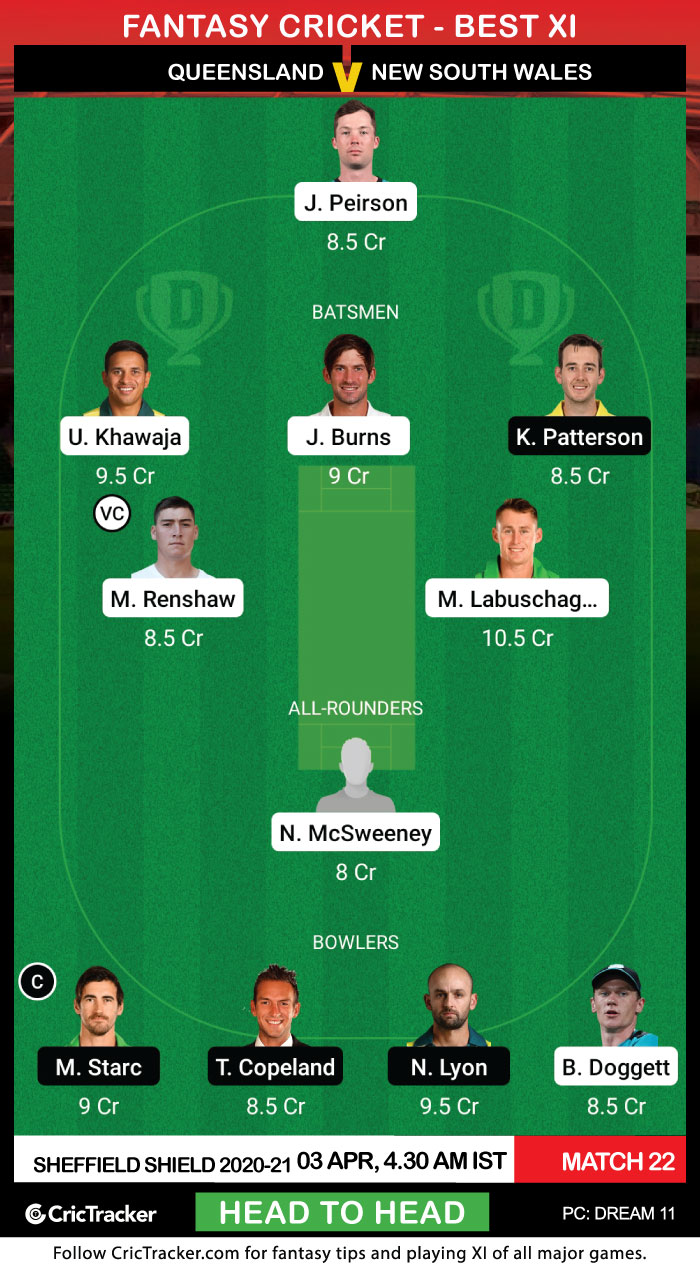 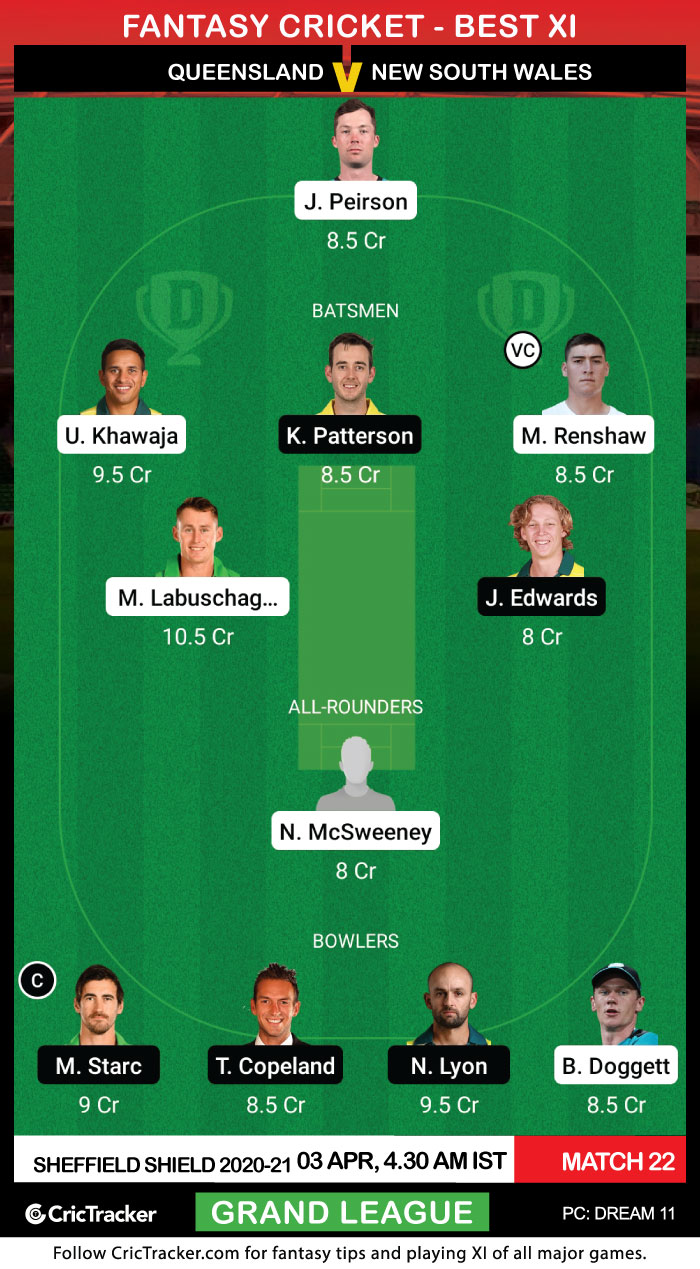 Usman Khawaja has managed to score 386 runs so far with an average of 64.33. His highest score is 131. You can pick him as a differential captain.

Nathan Lyon has performed brilliantly. He is a bowler who can pick you wickets in bulk if it is his day. He can be a risky captain.

Michael Neser has managed to score 145 runs, but barring one good knock of 121, he has failed to perform. You can avoid him while making your Dream11 fantasy teams.