Michael Neser will miss this match for Queensland and Connor Sully will replace in the squad.

South Australia will be up against Queensland in the third match of the Sheffield Shield 2021/22. South Australia took a first-innings lead in their opening game against Western Australia, where the match ended in a disappointing draw. Centuries from Jake Carder and skipper Travis Head put them in a commanding position. On their turf, they will be much stronger and will be hopeful of doing well in this match.

Queensland will be playing their second away fixture. They had drawn with Tasmania in their first game. Their bowlers weren’t at their usual best and didn’t pick wickets in the first innings and conceded 500 runs. In reply, they scored 355 runs for the loss of 5 wickets and declared their innings. The match ended in a draw, and they got all-important 2.43 points.

Traditionally the surface here at Adelaide Oval is a great one to bat on. The seamers will ask plenty of questions with the new ball. The wicket will get better and better for batting as the game goes on. Morning one hour of play on all 4 days will be crucial.

Travis Head is in form of his life, he is aiming to find his place in the Ashes squad. He has scored a double century in the Marsh One day cup against Queensland on Wednesday. He even scored a century against Western Australia in the opening clash of the Sheffield Shield.

Alex Carey has an excellent game temperament who can play long innings and even has the ability to perform in the longest format of the game. The wicketkeeper-batter has scored 37 runs against Western Australia in the opening round of this competition.

Bryce Street batted extremely well for his 143 runs against Tasmania in the first match of the Sheffield Shield 2021/22. This was his fourth first-class century. He can be a good pick for your fantasy teams.

Marnus Labuschagne played attacking cricket in their first game of the Sheffield Shield 2021/22 against Tasmania. In ended his innings after scoring 32 runs from 29 balls. He is desperate for a big score, and we can expect him to do well in this match.

SAU vs QUN Must Picks for Dream11 Fantasy Cricket: 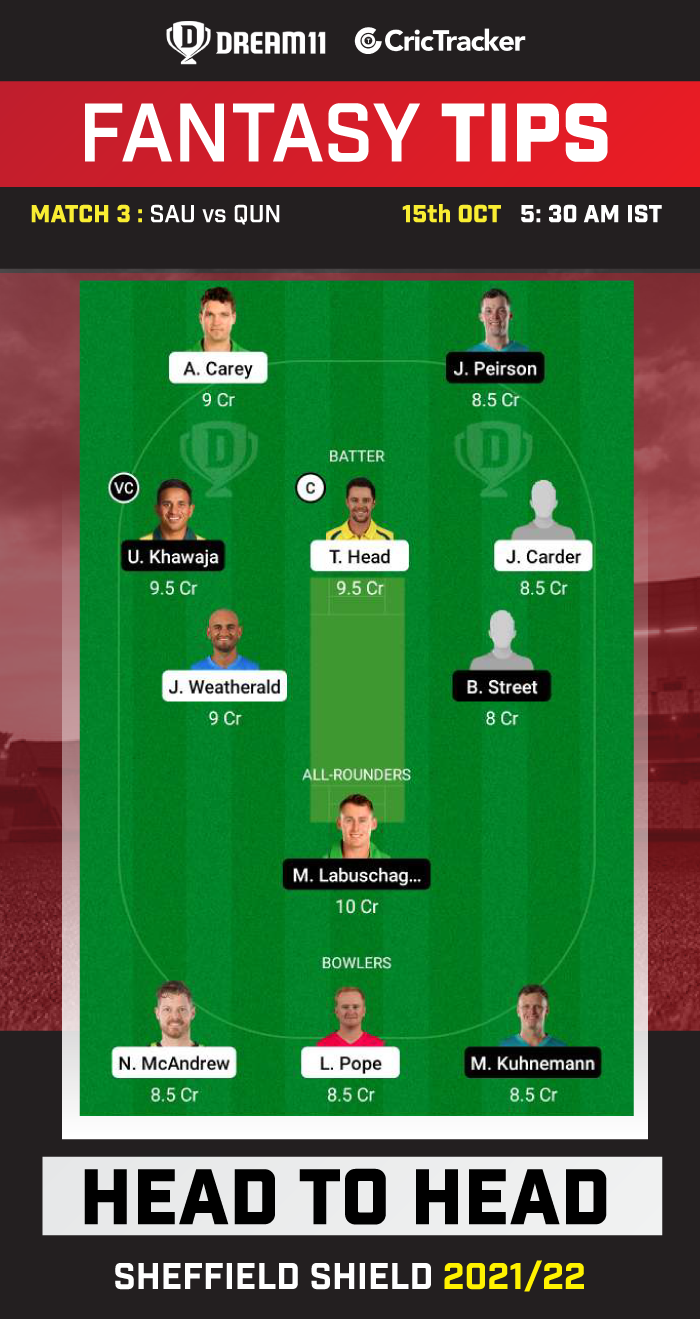 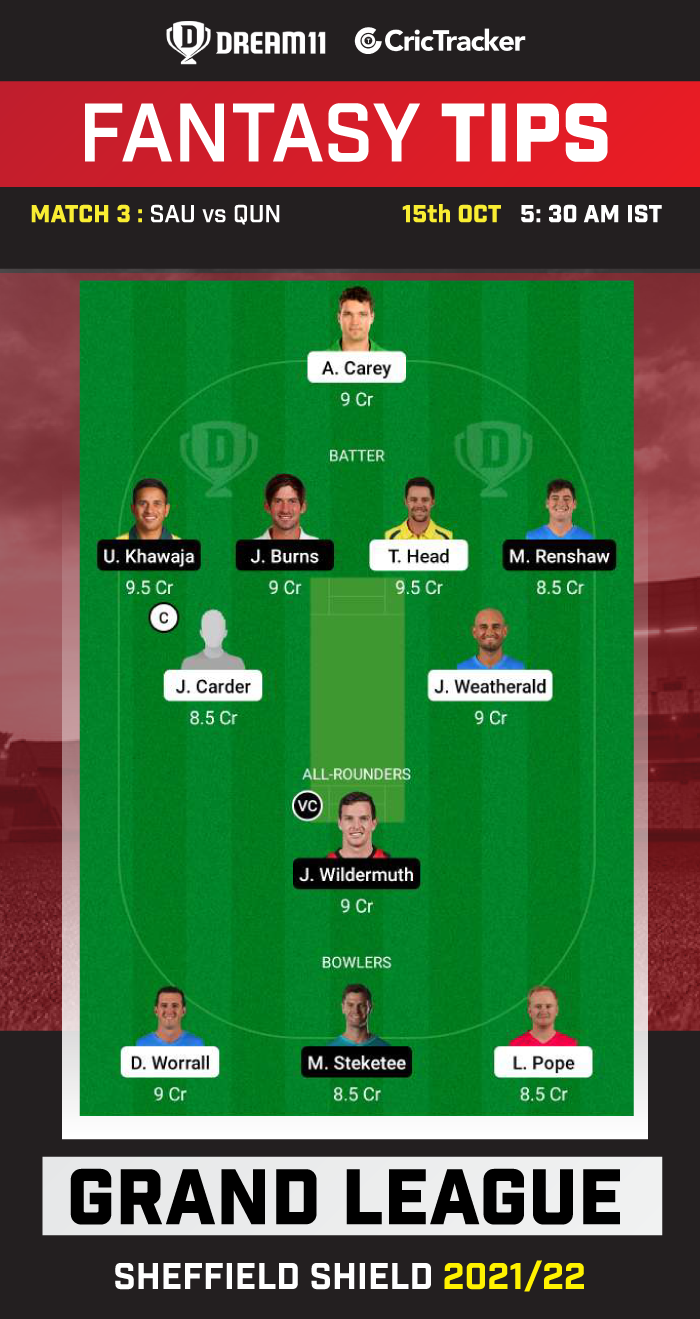 Jake Weatherald didn’t go well in the first match of the tournament against Western Australia, as he was dismissed for just 3 runs. You can take a risk and pick him as your fantasy team skipper.

Marnus Labuschagne is a regular member of the Australian Test side. He is waiting for his turn to make an impact in this tournament. It’s worth a risk and you can pick him as your fantasy team skipper.

Considering a lot of options available in the batter’s slot, it’s better to avoid Jake Lehmann while making your fantasy teams.