Sheen Sports are expected to keep their unbeaten run going by getting the better of Kini RR Sports.

The 7th match of the India Nippon Cup 2021 will be played between Sheen Sports and Kini RR Sports at Samprasiddhi Sports Estadio, Bengaluru.

The match is scheduled to start at 9:45 AM local time and IST and it will be streamed live on Women’s Criczone.

The two most formidable teams of India Nippon Cup 2021 will lock horns in tomorrow’s first game. Both Sheen Sports and Kini RR Sports have won 2 of their 3 games and are occupying the top 2 positions in the points table. However, Sheen Sports will be the favourites for this game by a slim margin.

The reason for that being, while Kini RR Sports have lost one game, Sheen Sports are yet to experience the bitter taste of defeat. Their last game against Heron Sports was abandoned, but Rakshitha Krishnappa’s team were on the driver’s seat in that game. They bowled the opposition out for just 102, before the game was called off.

Unfortunately, just like Sheen Sports’ last game, this match can also end in a no result. There is a prediction of scattered thunderstorms from 1 PM. Both sides will hope that the thunderstorms arrive after the completion of the game. The temperature is expected to be around 26 °C.

Jemimah Rodrigues’ form is bound to bring a smile on the faces of Indian fans, as she is showing qualities to be the batting pillar of the Indian team in the near future. She has scored 99 runs in 2 games at an average of almost 50.

Deepti Sharma has been influential with both the bat and the ball. She has scored 48 runs and has also picked up 3 wickets.

Arundhati Reddy, another young Indian cricketer who already has represented her nation 20 times in T20Is, has troubled many batswomen with her medium-fast bowling. She has picked up 5 wickets and has an economy rate of under 7 runs per over.

Skipper Pratyusha Challuru is leading her team by example, as she has played brilliantly in the first two games of Kini RR Sports. She has scored 48 runs and also has 4 wickets to her name.

Challuru’s opposite number, Rakshitha Krishnappa has also been an excellent captain in this competition. She has scored 5 wickets and has an economy rate of under 6 runs per over. 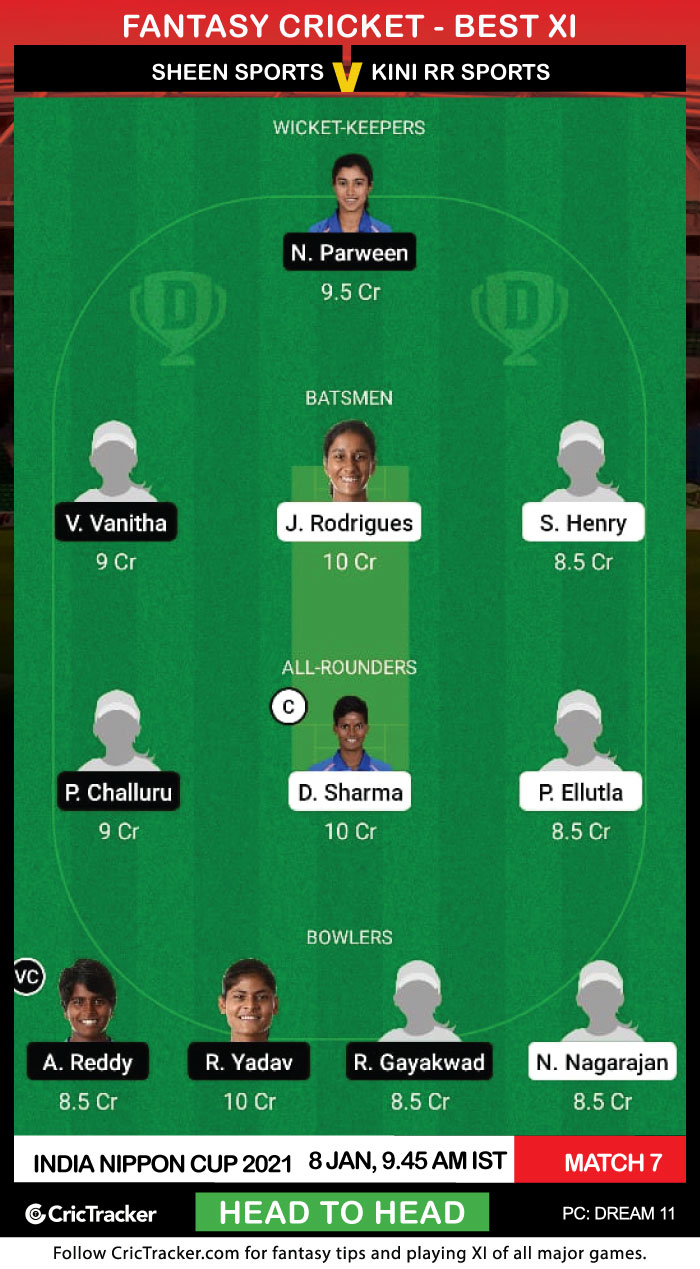 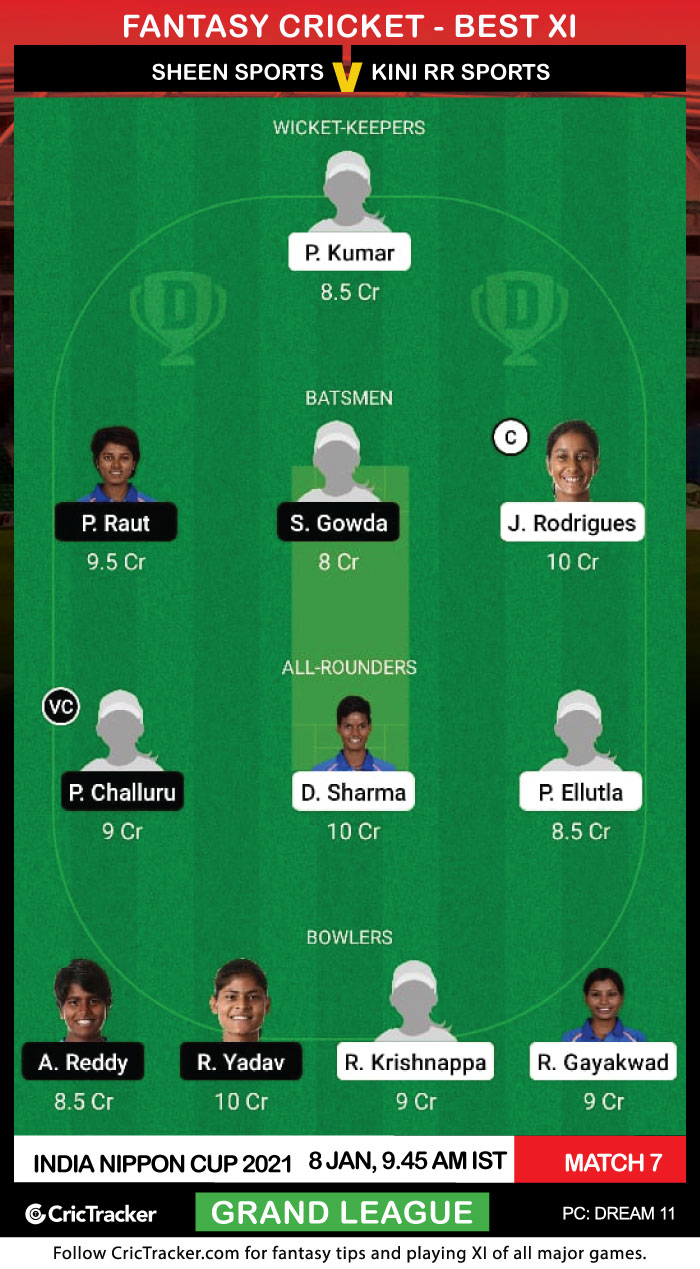 Niranjana Nagarajan has picked up 4 wickets in 3 games. She has also maintained an economy rate of only 4 runs per over. Available for selection at only 8.5 Cr, she can be a decent budget pick for your Dream11 Fantasy team.