The Kabul Eagles expected to win this match.

The Final of the Shpageeza Cricket League 2020 will be played between Kabul Eagles and Mis Ainak Knights at the Kabul International Cricket Stadium.

This match is scheduled to start at 1:00 PM Local Time (2:00 PM IST) and can be viewed on FanCode, RTA website and ACB’s Facebook page.

Mis Ainak Knights and Kabul Eagles, the two teams which finished at the top-two spots on the points table, will also be battling it out in the Final of the Shpageeza Cricket League as well. Kabul Eagles entered the final after defeating Mis Ainak Knights in the Qualifier-1.

The Knights, meanwhile, had to take the longer route. They defeated the Band-e-Amir Dragons in Qualifier-2 and thereby made it to the final. Given their performances so far, both the teams will come into the match full of confidence and therefore will be expecting to claim the trophy.

The weather in Kabul is expected to be clear on Wednesday with the temperature range of 27-29 degrees Celsius. Moreover, no precipitation is expected around the game time.

The pitch at The Kabul International cricket stadium has seen a number of high scoring games recently. While the bowlers will have a part to play, expect the bat to dominate. Also, the teams chasing at here won three out of the last five games.

Hashmatullah Shahidi is the second-highest run-scorer in the tournament with 326 runs in 7 innings at an average of 65.20 and strike rate of 149.54.

Nangeyalia Kharote is the second-highest wicket-taker in the tournament with 11 wickets in 6 innings. Moreover, he picked up 2 crucial wickets in the Qualifier 1 which was a high scoring encounter. 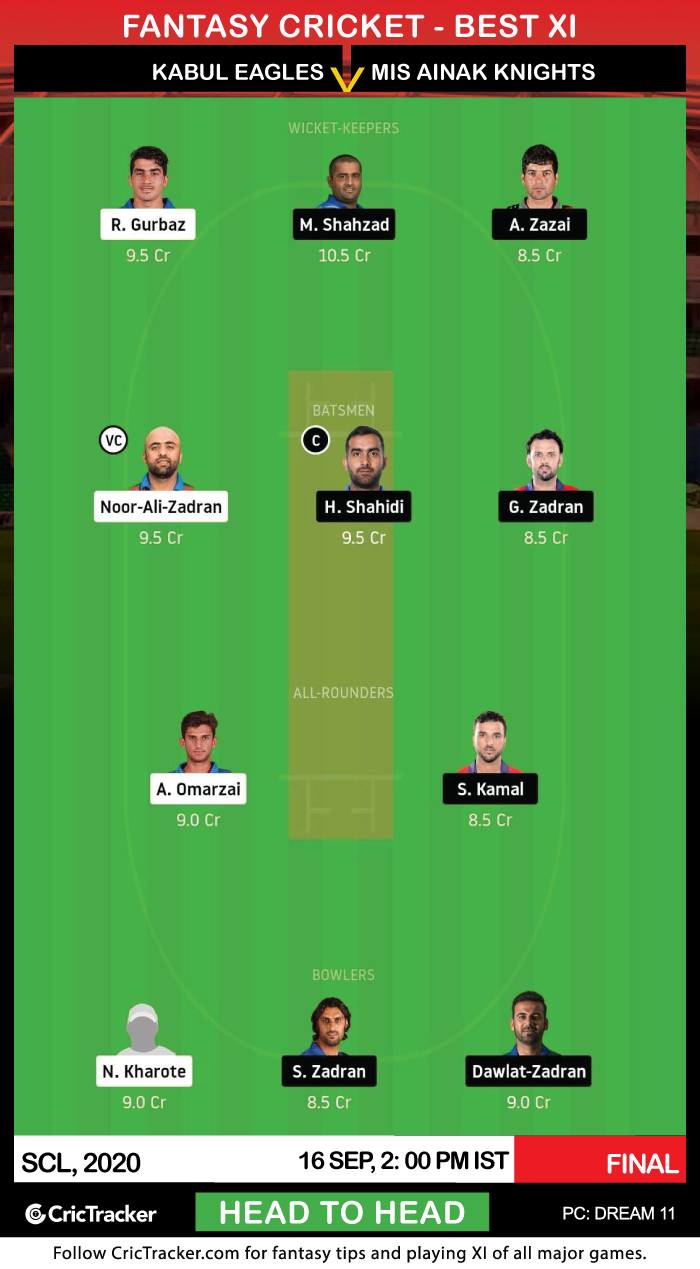 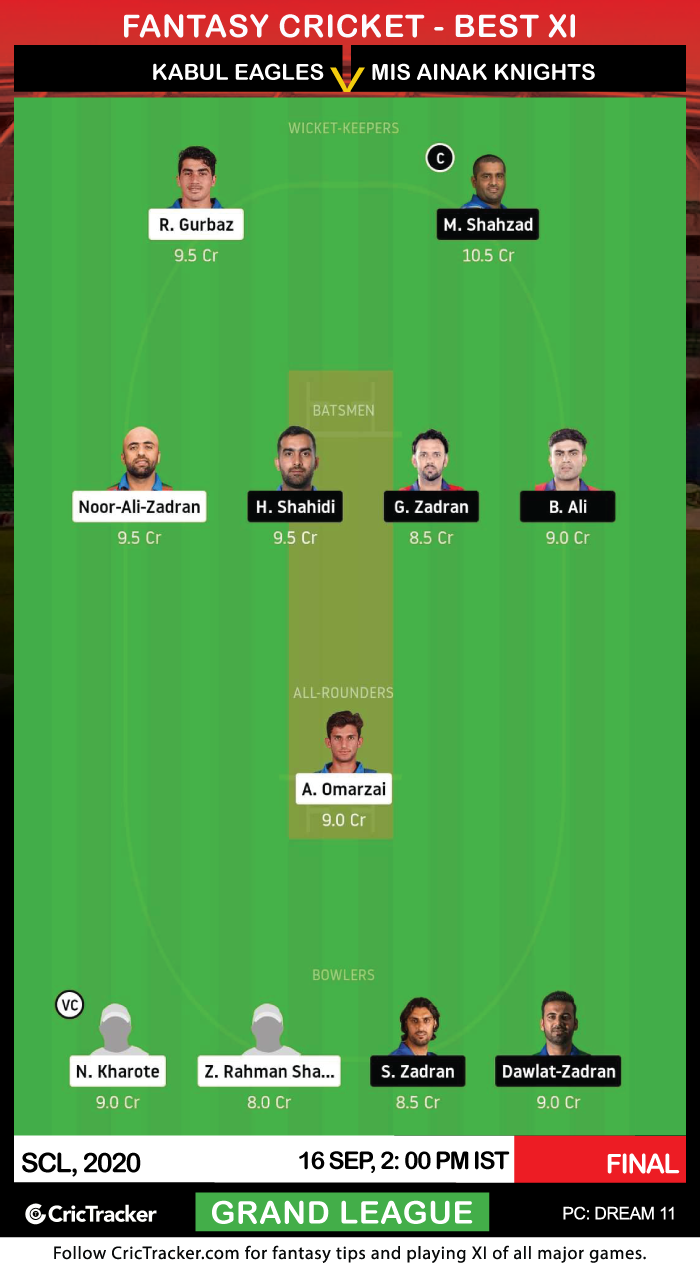 Mohammad Shahzad hasn’t fired to his full potential in recent games. He is a big match player and could rise to the occasion with a big knock.

Expect the experienced Zadran brothers to perform in crunch situations. Thus, you can have them in both your Dream11 Fantasy teams.

The Kabul Eagles expected to win this match.