Gulbadin Naib scored 62 runs in three games at a strike rate of over 200 and also picked up three wickets.

The 11th match of the Shpageeza Cricket League 2020 will be played between the Boost Defenders and the Mis Ainak Knights at the Kabul International Stadium.

The Boost Defenders are one of the two teams that haven’t had a great time thus far in the tournament. After starting the tournament off on a positive note with a 57-run win, they slowly fell apart. They conceded an easy win to the Band-e-Amir Dragons in their second game while they lost their third by a small margin of five runs.

They will be taking on the Mis Ainak Knights on Friday and will be hoping for a turnaround of fortunes. The Knights won two out of the three games they have played so far and will look to keep up the good work. They have the winning momentum on their side having defeated the Speen Ghar Tigers by a huge margin of 58 runs in their last match.

The weather is expected to be quite good during the course of this game and the temperatures will not be too high either.

The pitch seems to be getting better for batting as the tournament progresses forward. However, there is something in it on offer for the bowlers too.

India vs Pakistan is the biggest game, not the Ashes: Michael Vaughan

Munir Ahmad is the highest run-scorer for the Boost Defenders with 90 runs in three games at an average of 45.

Noor Ahmad picked up four wickets in three matches and has got a strike rate of 18 in the tournament.

Gulbadin Naib scored 62 runs in three games at a strike rate of over 200 and also picked up three wickets.

Imran Janat is a decent pick for your side and mustered 76 runs in three games thus far. 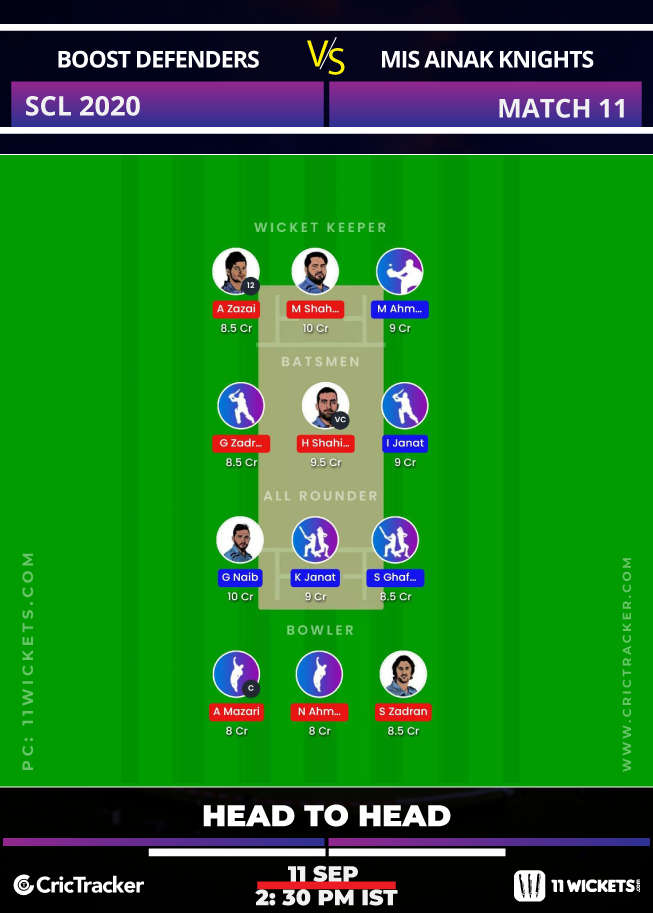 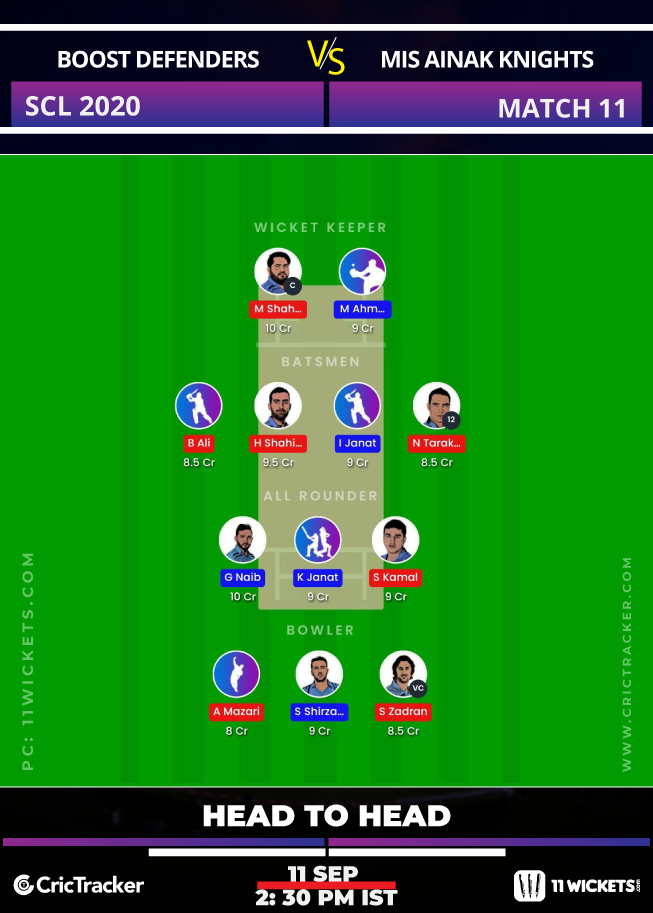 Both Mohammad Shahzad and Munir Ahmad are top wicket-keeping choices for this game. You should look to have them both in your 11Wickets Fantasy teams.