In the all-rounders’ list, Abdul Wasi seems to be the only viable option to go with and is a must pick player in your fantasy team.

The 13th match of the Shpageeza Cricket League 2020 will be played between the Amo Sharks and the Mis Ainak Knights at the Kabul International Stadium.

The team placed second in the points table, the Mis Ainak Knights will be facing off against the Amo Sharks, who are currently pegged at the bottom of the points table not having won a single match of all the three matches that they have played in so far.

The Mis Ainak Knights have played three matches and have managed to win two of those, getting themselves the second spot in the points table. This would give them an upper hand over the Amo Sharks, but they will try hard to manage and fight their way through to their first win of the tournament.

Saturday is expected to bring along clear skies with the sun shining brightly and the temperature in the 25 to 30 degree Celsius range, making it a perfect day for a game of professional cricket.

The pitch is expected to be pretty neutral in the sense of helping the bowlers and the batsmen. So, it would be a tough task for everyone to get what they want to on this surface.

Mohammad Shahzad, the explosive wicket-keeper batsman has been in great form with the bat in this tournament. Moreover, he is placed at the second spot in the run-scorers’ list. He has 212 runs to his name in 4 matches, at an average of 106.00 and a strike rate of 157.03.

Darwish Rasooli follows Shahzad on the run-scorers’ list with 146 runs in his bag in the three matches he has played in at an average of 73.00.

Abdul Wasi is in great form with the ball in this tournament, with 6 wickets to his name in 3 matches while maintaining an economy rate of 5.66 runs per over.

Abdullah Mazari has 7 wickets to his name in the 4 matches that he has played in and has also taken a four-wicket haul. 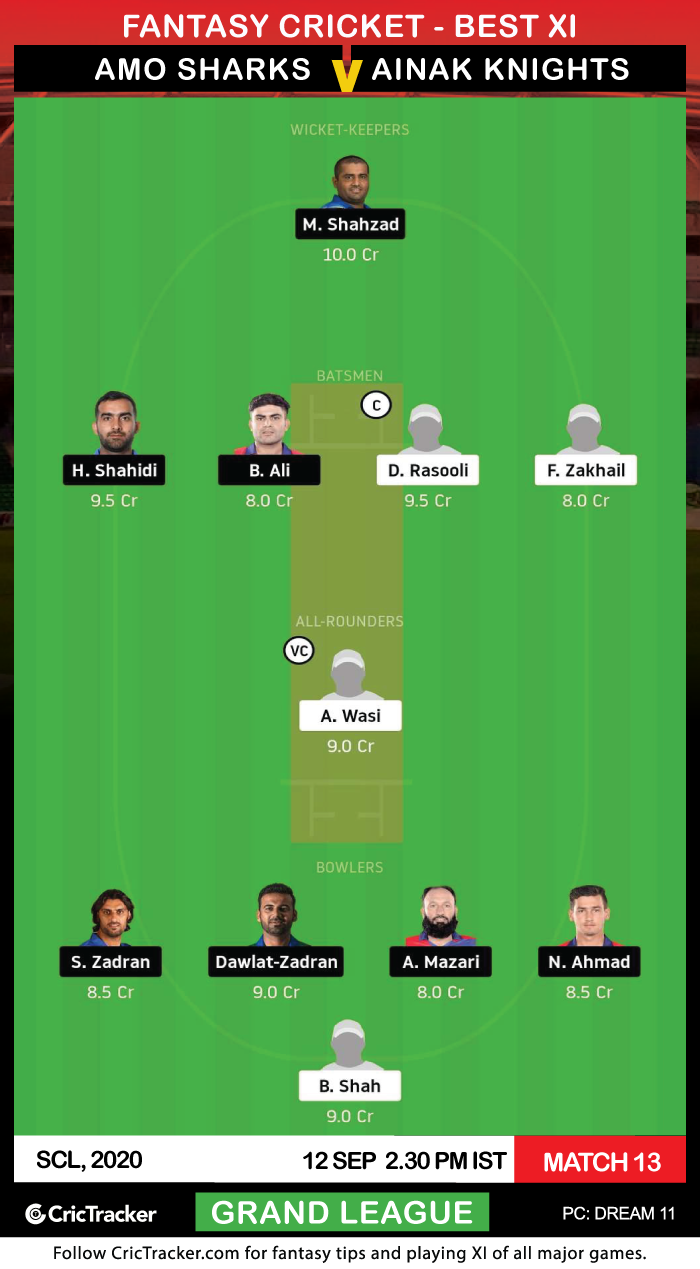 In the all-rounders’ list, Abdul Wasi seems to be the only viable option to go with and is a must pick player in your Dream11 fantasy team.