Gurbaz continues to be the popular Captain option.

The 16th match of the Shpageeza Cricket League 2020 will be played between the Kabul Eagles and the Speen Ghar Tigers at the Kabul International Stadium.

The scheduled time for the match to start is 09:00 AM Local Time (10 AM IST) and can be viewed on FanCode, RTA website and ACB’s Facebook page.

Kabul Eagles, who have been on a roll in this tournament, will be facing off against the Speen Ghar Tigers in the 16th match of the tournament on Sunday. The Kabul Eagles are placed at the third spot in the points table having won three matches out of the four they have played in, and have 6 points in their bag.

The Speen Ghar Tigers, on the other hand, have not had the best of their runs in the tournament so far. They have played two and lost two matches and are pegged at the second last position. So, it will be difficult for the Titans to get past their opponents in this match.

Sunday will bring along mostly clear skies, no chance of rainfall and temperature hovering around the 26 degree Celsius mark, so the match will go on without any hindrances.

The pitch is expected to be balanced in terms of offering help to the batsmen and the bowlers, and it will be the spinners among the bowlers who will get the most amount of help.

Nangeyalia Kharote has been in great form with the ball in hand in this tournament. Having played 4 matches in the tournament, he has taken a total of 7 wickets including one 4-wicket haul.

Karim Sadiq has performed well with the ball in hand and has also done decently with the bat in hand too. He has played 4 matches in which he has scored 53 runs in total and has taken 6 wickets, the highlight of which was a five-wicket haul.

Ziaur Rahman-Akbar seems to be in good touch in this tournament and is one of the top wicket-takers’ with 4 wickets to his name in 4 matches that he has played in.

Nijat Masood has 5 wickets to his name in the 4 matches that he has featured in while maintaining an economy rate of 6.43 runs per over. 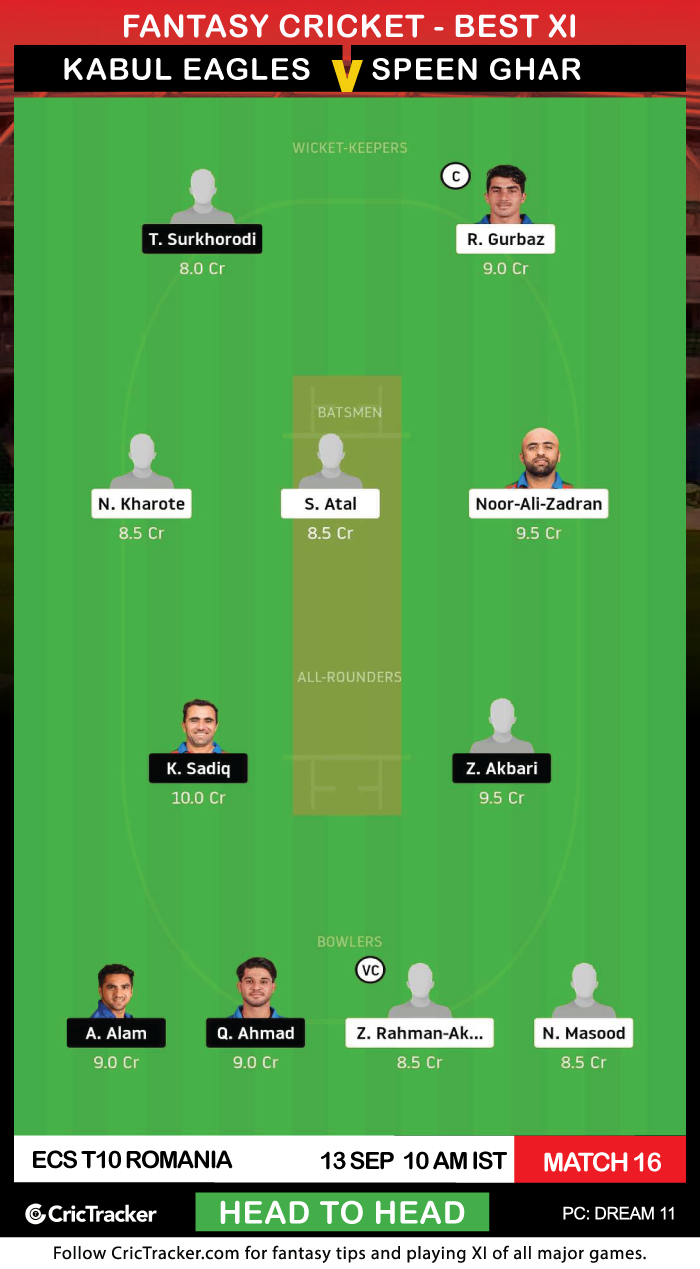 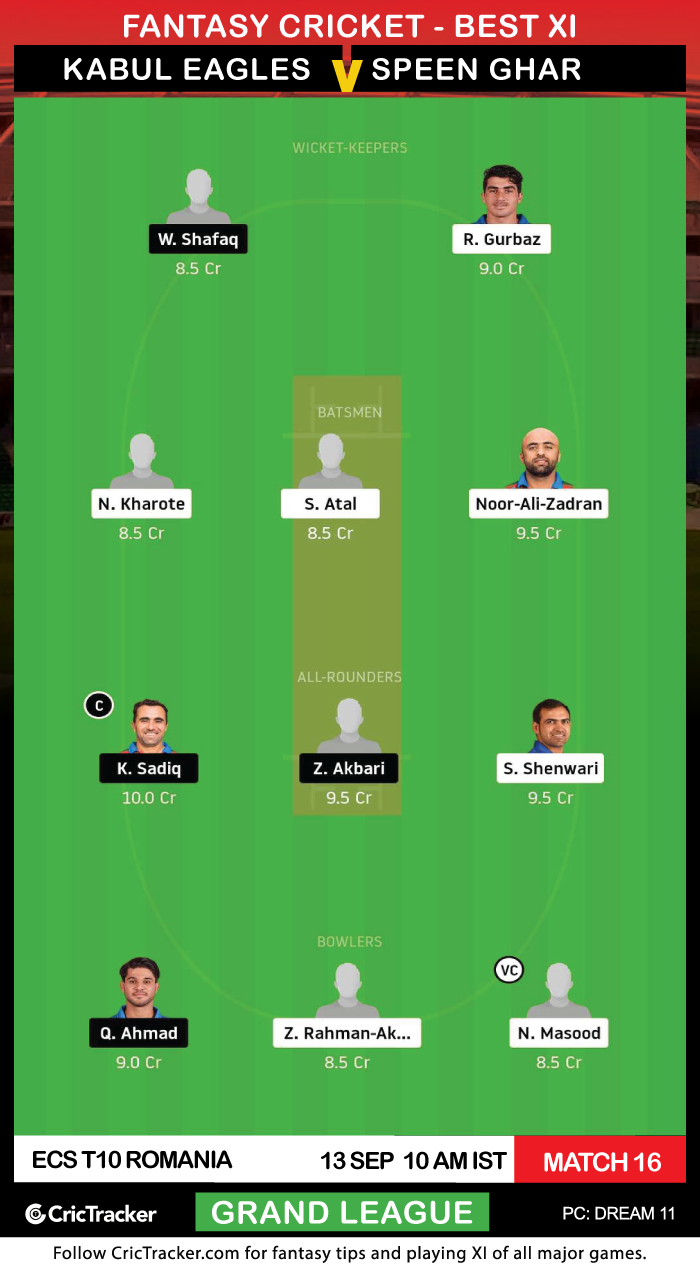 If you want to include an extra all-rounder in your team, you can include Perwez Malakzai in place of Aftab Alam, as the two are expected to give similar returns on the investment you make on them.

The Kabul Eagles are expected to win this match.