Batin Shah has picked up 11 wickets from 12 across last two SCLs and also scored 86 runs with a best of 43. 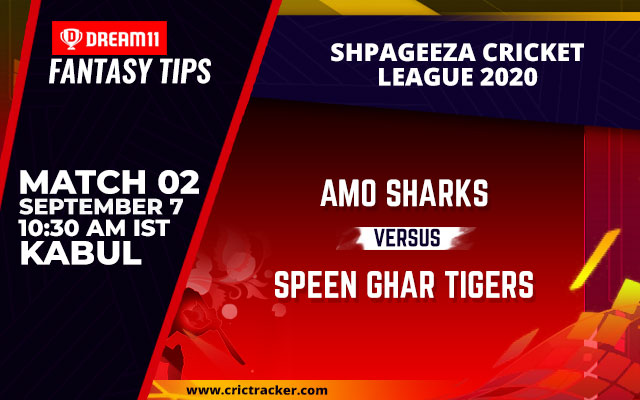 The 2nd match of the Shpageeza Cricket League, 2020 will be played between Amo Sharks and Speen Ghar Tigers at the Kabul International Cricket Stadium.

Amo Sharks and Speen Ghar Tigers will lock horns on Monday morning during the 2nd match of the Shpageeza Cricket League 2020. The veteran International players Javed Ahmadi and Karim Sadiq will be leading the Sharks and Tigers respectively during the match to be hosted by the Kabul International Stadium. The Speen Ghar team will have a delay in getting the services of Najibullah Zadran and Zahir Khan but the likes of Aftab Alam and Qais Ahmad should be able to fill up space.

Pleasant weather is expected at the Kabul stadium on Monday morning without any clouds or rain.

The pitch at the Kabul International Stadium is expected to be a batting paradise with two matches to be played on the same strip on Monday. Anything over 160 will be considered as a defendable total at this venue.

Javed Ahmadi smashed a century and four fifties across 16 SCL innings since 2017 where he scored 565 runs at an average of 43.46 and also claimed four wickets.

Karim Sadiq averages little below 20 with only one fifty across 12 SCL matches since 2017 but has claimed 12 wickets at a strike rate under 20.

Aftab Alam last played SCL in 2017 where he picked up eight wickets in just five matches including a 4-wicket haul despite conceding at an economy over 9. 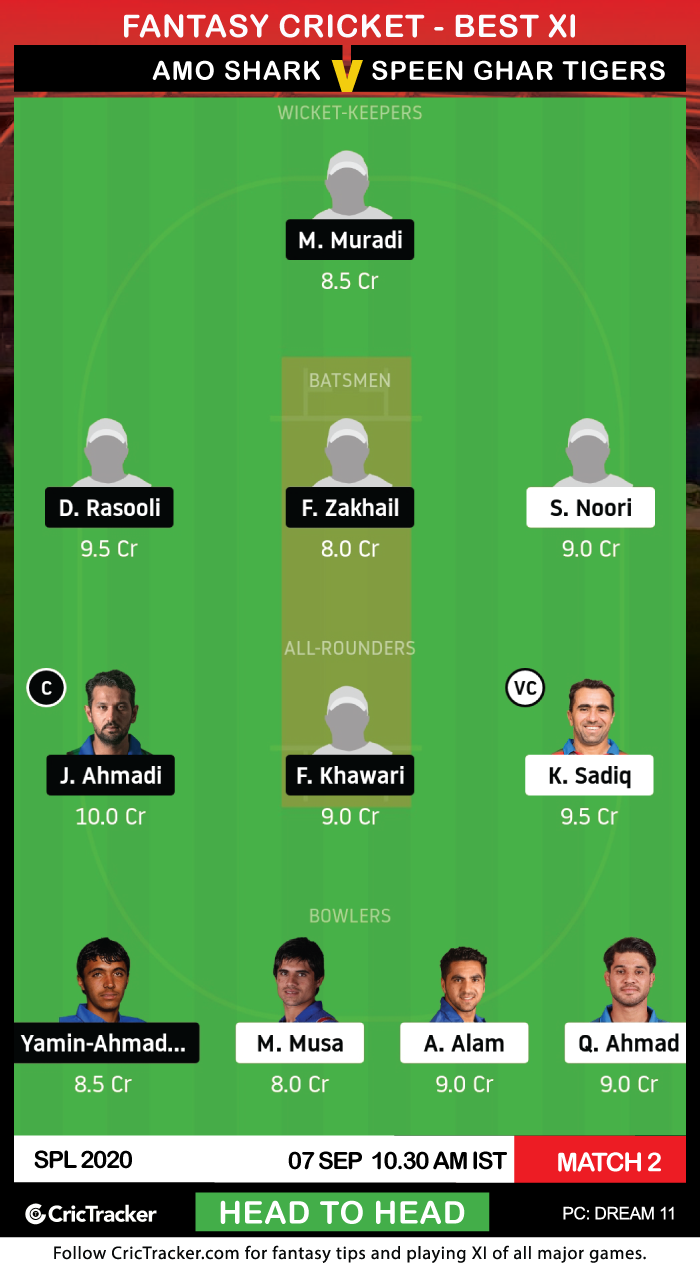 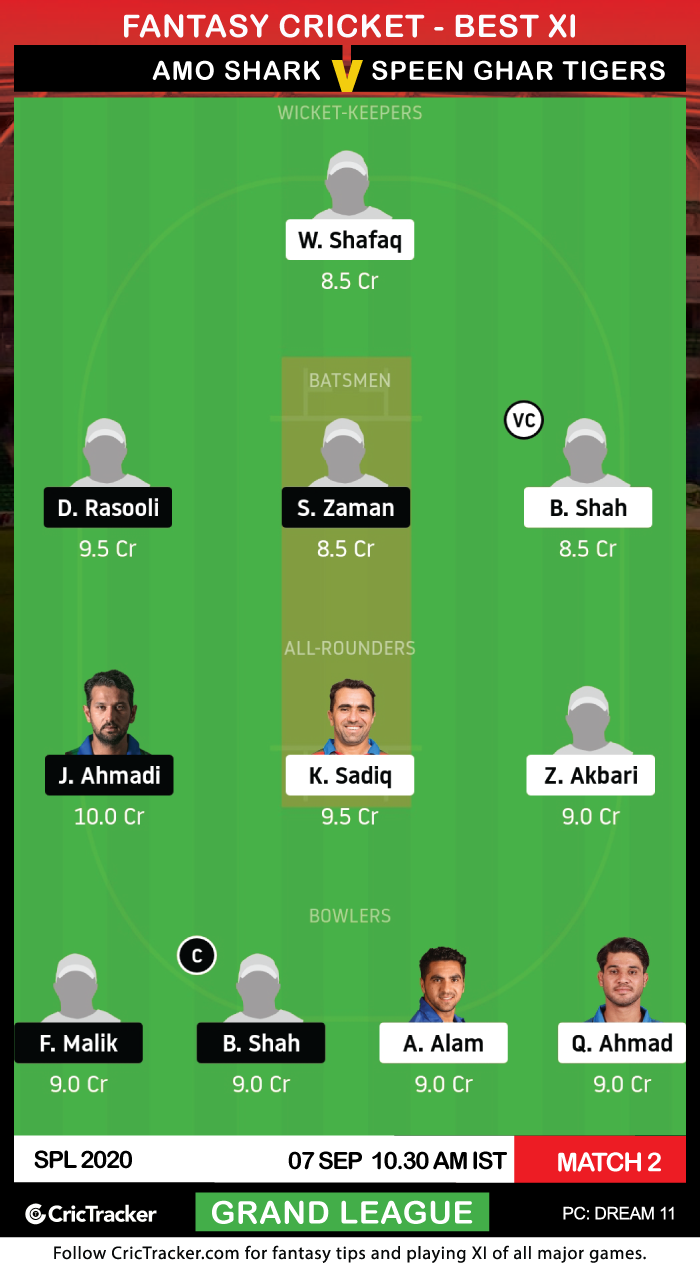 All the teams in the Shpageeza Cricket League have got five emerging players in their squad. However, it is not certain if there is any rule for a number of emerging players needed to be picked in the XI. Hence, we have to wait until the toss update to be sure about the playing XIs.

Speen Ghar Tigers look slightly stronger due to presence of some of the International bowlers in their ranks.