Zubaid Akbari looks to be in great touch with the bat in this tournament, already having 57 runs to his name in just two matches. He also has one wicket with the ball.

The 8th match of the Shpageeza Cricket League 2020 will be played between the Boost Defenders and the Speen Ghar Tigers at the Kabul International Stadium.

The scheduled time for the match to start is 09:00 AM Local Time (10:00 AM IST) and can be viewed on FanCode, RTA website and ACB’s Facebook page.

Both the teams look to be well settled and have a fair idea about how the pitch at this ground behaves. Given that they have also churned out some good performances, it is going to be a great match-up. So, it will be interesting to see which team gets the better off their opponent in this equally contested game.

The weather in Kabul on Thursday is expected to be clear, with the sun shining brightly in the sky and the temperature in the 24 to 29 degree Celsius range.

The pitch at this ground is expected to be batsmen friendly, with batting getting progressively better as the match goes forward. The bowlers may get some help off the surface early on in the innings.

Karim Sadiq in the two matches he has played in, taken 6 wickets and has scored a total of 37 runs, making him a valuable all-round asset for his team.

Gulbadin Naib has three wickets to his name in two matches and has scored 27 runs too. He will be looking to make his impact on this match also.

Karim Janat has been a part of two matches, where he has scored a total of three wickets and also has 22 runs to his name.

Zubaid Akbari looks to be in great touch with the bat in this tournament, already having 57 runs to his name in just two matches. He also has one wicket with the ball. 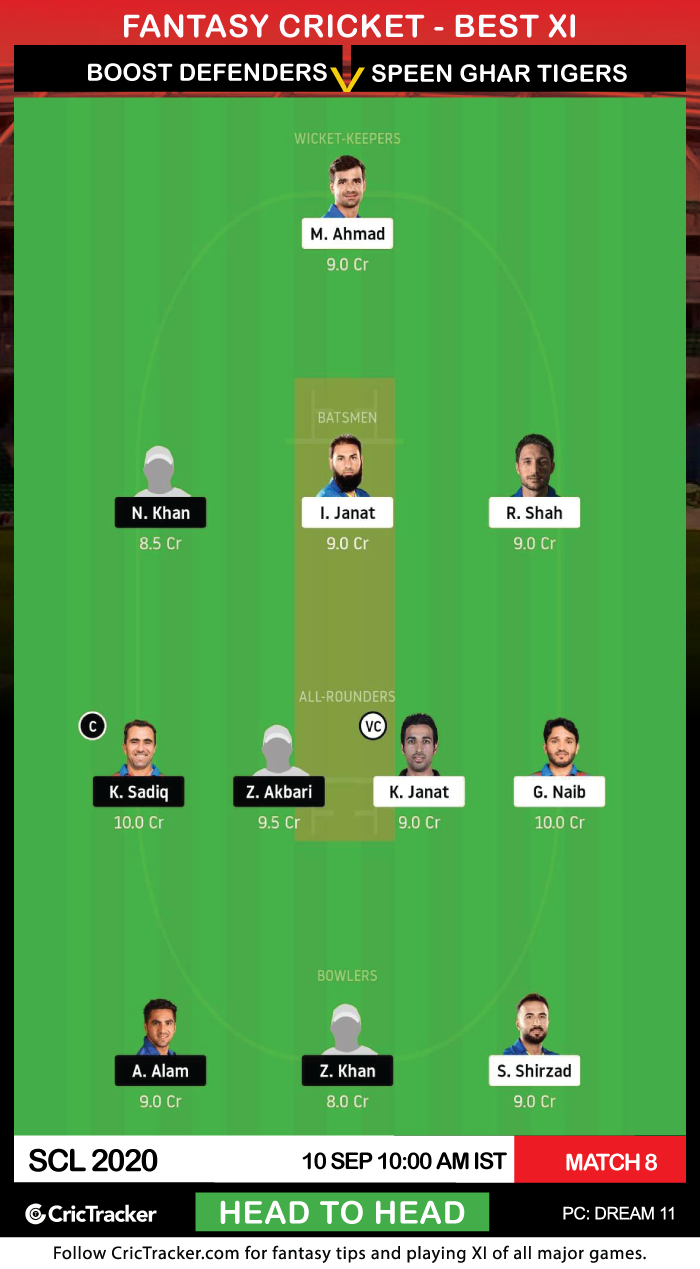 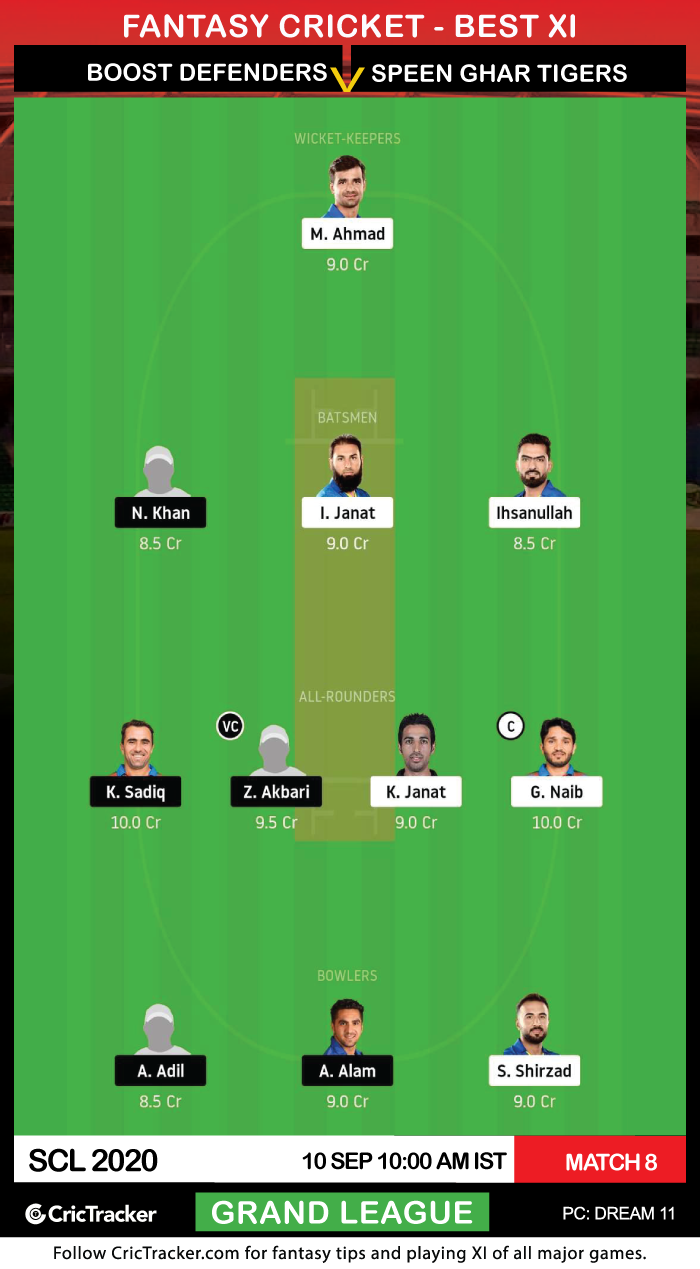 The in-form Zahid Khan and Abdullah Adil have been in great form, to be included as the third bowlers in your Dream11 Fantasy team. You cannot go wrong with either of them.

The Speen Ghar Titans are expected to win this match.