Sindh are expected to make it five wins in a row by beating Southern Punjab.

The 28th match of the National T20 Cup 2020 will be played between Sindh and Southern Punjab at the Rawalpindi Cricket Stadium, Rawalpindi.

Sindh are coming into this game on the back of four incredible performances. Having beaten the table-toppers Northern in the previous game, they will be beaming with confidence and would want to take this momentum forward to secure a winning streak of five games.

Southern Punjab won their previous game by a narrow margin, but are still placed at the bottom of the table. With only two wins in eight games, their hopes for qualifying for the knock-outs are already over. They would want to win their remaining games to salvage some lost pride.

It will be a hot day in Rawalpindi, but the temperature will ease down in the evening. It will be around 20 degrees Celsius when the match is scheduled to start.

The pitch at the Rawalpindi Cricket Stadium seems to be pretty good for batting. We have seen a couple of 200 plus scores in the last 5 games and teams winning the toss are preferring to chase first.

Khurram Manzoor is in terrific form and has 285 runs under his name at an average of 31.66, from just 9 matches.

Azam Khan a scintillating fifty in the previous game, scoring 88 runs in just 43 balls. He hammered 5 boundaries and 8 sixes.

Hussain Talat scored 59 of just 36 balls in the previous game and has amassed 235 runs in 8 innings so far. 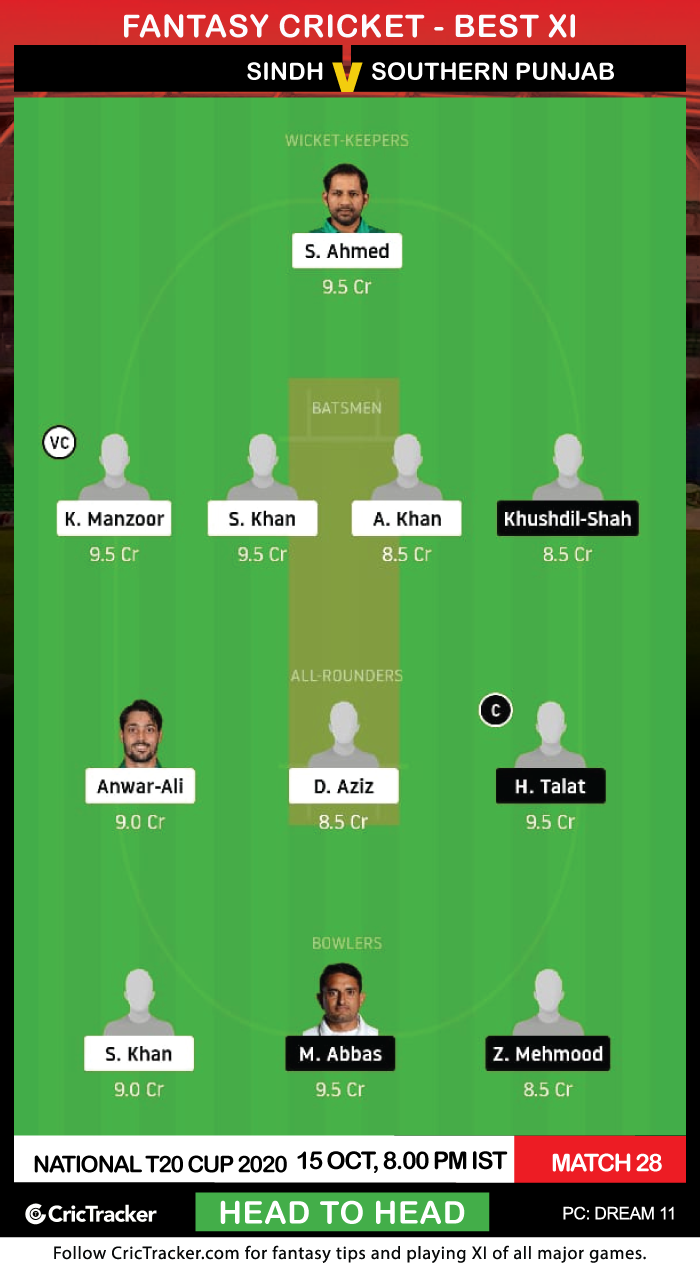 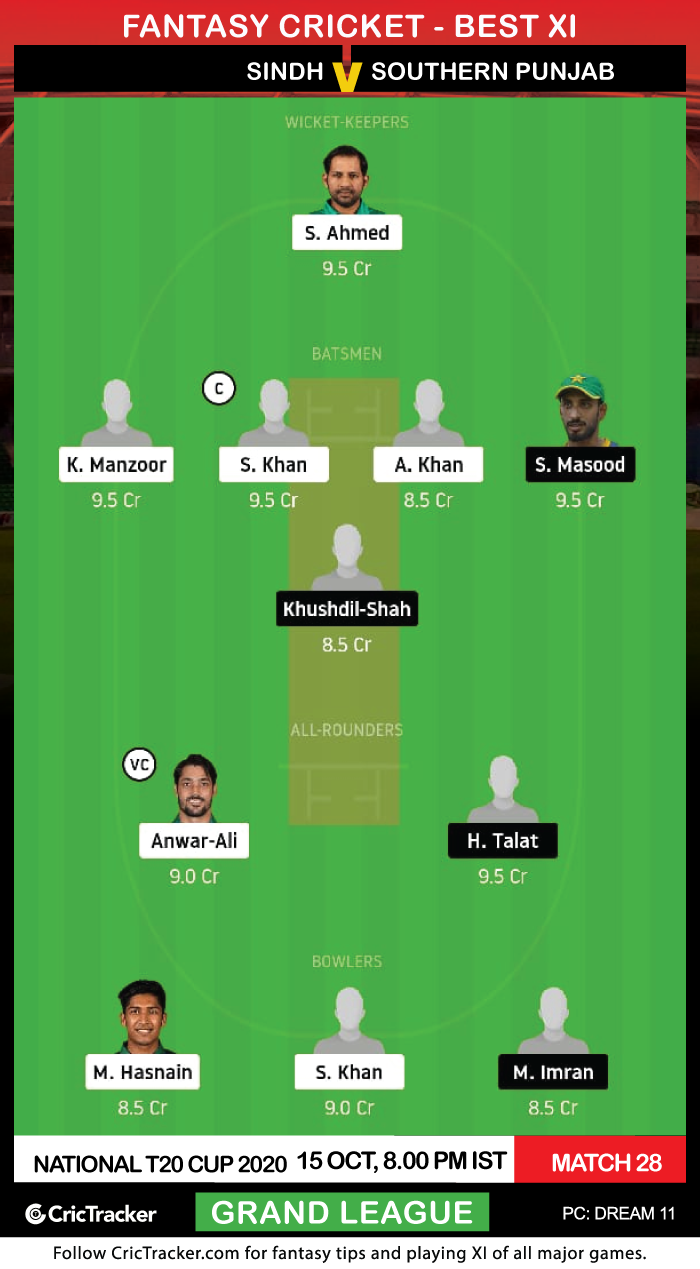 Having an extra batsman in your team can prove to be a great punt since the pitch is very good for batting.

Sindh is expected to win this match.