In three head-to-head matches thus far in the tournament, the Sixers have gotten the better of the Scorchers two times.

Sydney Sixers have been in riveting form in the ongoing edition of the Big Bash League. They finished atop the points table with nine wins from 14 matches. Thereafter, in the Qualifier at the Manuka Oval in Canberra, the Sixers beat the Perth Scorchers by nine wickets to go to the final of the event.

In the final, they would be up against the Scorchers itself, this time at the Sydney Cricket Ground. Ashton Turner’s Scorchers, on the other hand, started with four losses on the trot after which they made a comeback. In their previous game, they beat the Brisbane Heat by 49 runs (D/L Method).

The SCG hasn’t hosted a single game in the ongoing tournament. But the venue hosted a few T20Is between India and Australia where the matches turned out to be fairly high-scoring affairs. In the T20Is played thus far, the track has helped the team batting second. There are chances of rain and the D/L Method may again come into play.

Playing Combinations for SIX vs SCO

Josh Philippe has been outstanding for the Sixers in the ongoing BBL. In 15 matches, the right-hander has scored 499 runs at an average and strike-rate of 33.26 and 150.30 respectively. With three half-centuries and a top score of an unbeaten 95, the youngster has looked at his very best without a doubt.

Liam Livingstone was straining a wee bit in the early part of his outings. But the right-hander has got the measure of the conditions. In 13 matches, he has scored 381 runs at an average and strike-rate of 29.30 and 134.62 respectively. Livingstone also has picked five wickets with his slow leg-breaks. 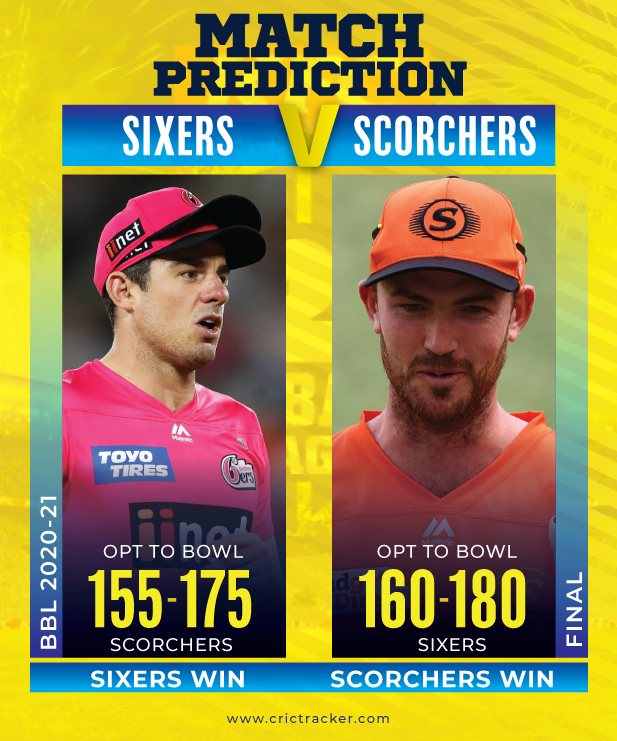