Sydney Sixers are expected to register their second win on the trot by beating Adelaide Strikers. 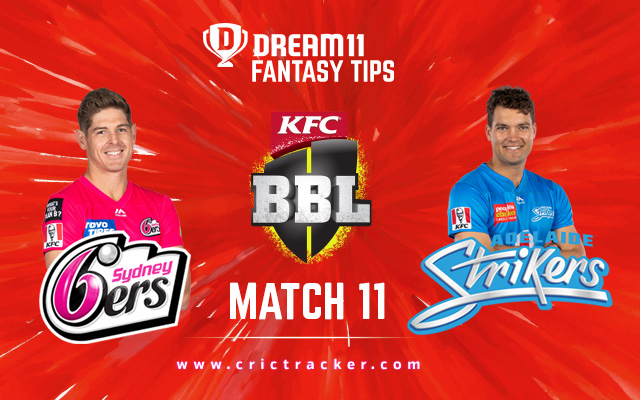 The 11th match of the Big Bash League (BBL) 2020-21 will be played between Sydney Sixers and Adelaide Strikers at the Bellerive Oval in Hobart.

This match will start at 1:45 PM IST (7:15 PM local time). It will be live on Sony TEN Network and can be streamed on Sony LIV.

The two teams who will meet at the Bellerive Oval on Sunday, Adelaide Strikers and Sydney Sixers have had exactly the same starts to their 2020-21 Big Bash League campaign. Both Sixers and Strikers suffered a defeat against Hobart Hurricanes in their first game.

However, they were quick to turn it around and get their campaign running. The Sixers absolutely thrashed Melbourne Renegades in their second match. Strikers’ second match was not as comfortable as their opposition’s, but it ended up in a win nonetheless. They defeated Hobart Hurricanes by 5 wickets. Coming into this game, both sides will be desperate to get two wins on the trot and embark on a possible streak.

We can expect a full game at the Bellerive Oval as the chances of precipitation are only 20%. The temperature will be around 15 °C.

This pitch at Bellerive Oval will slightly be in favour of the batsmen. Having said that, bowlers will also get some purchase off the track if they hit the right areas.

Harry Conway and Liam Scott are included in Adelaide Strikers’ squad for this game. Ryan Gibson is nursing a hamstring strain and has been ruled out of this tie.

Josh Phillipe had a poor outing in IPL, but he is once again showing his class in the pink of Sydney Sixers. In the first 2 matches, the wicketkeeper-batsman had scored 96 runs at a strike rate of 160.

James Vince is another Sydney Sixers player who has been in great touch. He has scored 84 runs, which includes a half-century. His strike rate is almost 150.

While Vince and Phillipe have spearheaded the batting lineup, Ben Dwarshius has been the leader of Sixers’ bowling attack. He has picked up 7 wickets and has an economy rate of less than 8 runs per over.

Dan Christian can be a great pick as he can earn points in every department. He has picked up 3 wickets and has amassed 21 runs so far. 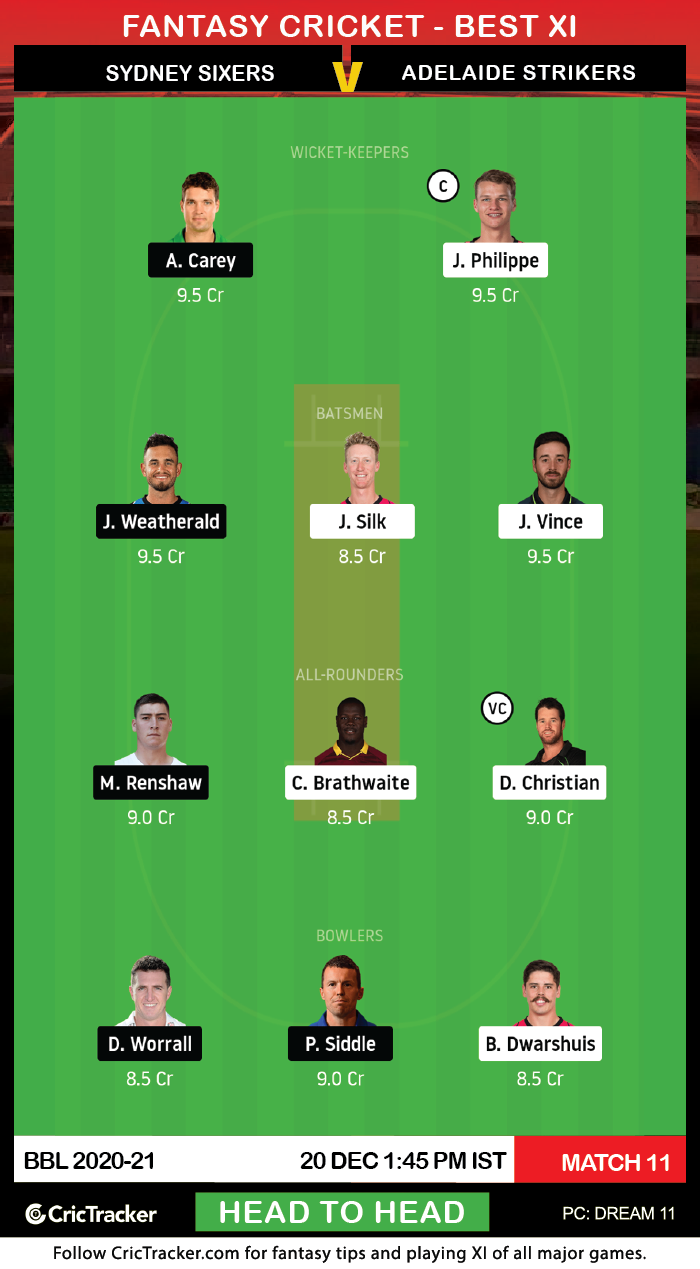 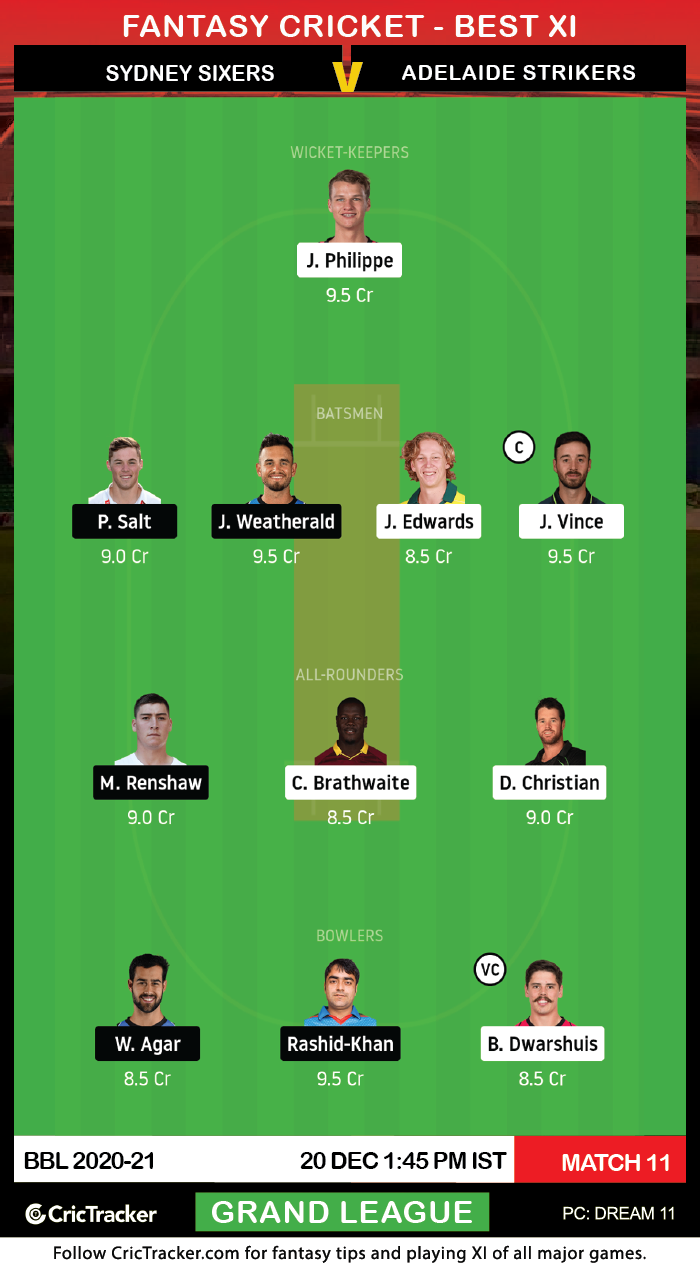 Rashid Khan might not have been at the top of his game, having picked up 2 wickets in as many games, but he has already proved his abilities in the previous editions of BBL. It is advisable to include Khan in at least one of your Dream11 Fantasy teams.