Evin Lewis can be a good pick for this match. 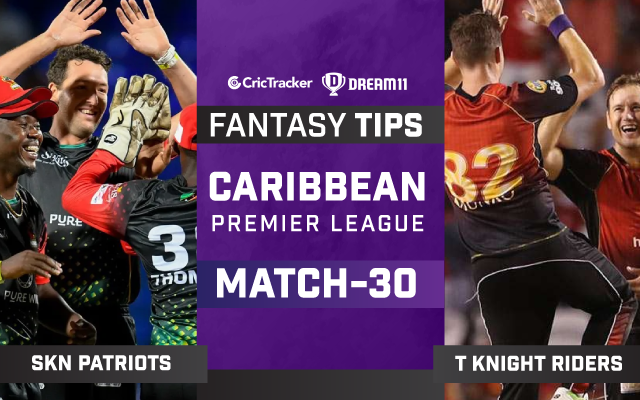 St Kitts and Nevis Patriots and Trinbago Knight Riders will battle it out against each other in match 30 of the Caribbean T20 League. The former are placed at the top of the points table. They have won six matches from the nine that they have played.

Trinbago Knight Riders, on the other hand, find themselves in the second position of the points table. They have secured victories in five matches from the nine that they have played. The contest between the table-toppers will be an enthralling contest to watch out for.

The batters will have to stay firm on the pitch and then build on their innings. As the game progresses, the spinners might prove lethal on this surface.

Evin Lewis can be a good player to bank on. In the last match, he played an impressive knock of unbeaten 102. In the tournament so far, he has scored 343 runs.

Dominic Drakes has scalped 12 wickets in the tournament so far. In the last match, he struck with three wickets. He can be a good pick for this game.

Colin Munro has chipped in 230 runs in the tournament so far. In the last match, the New Zealand batsman scored 47 runs. 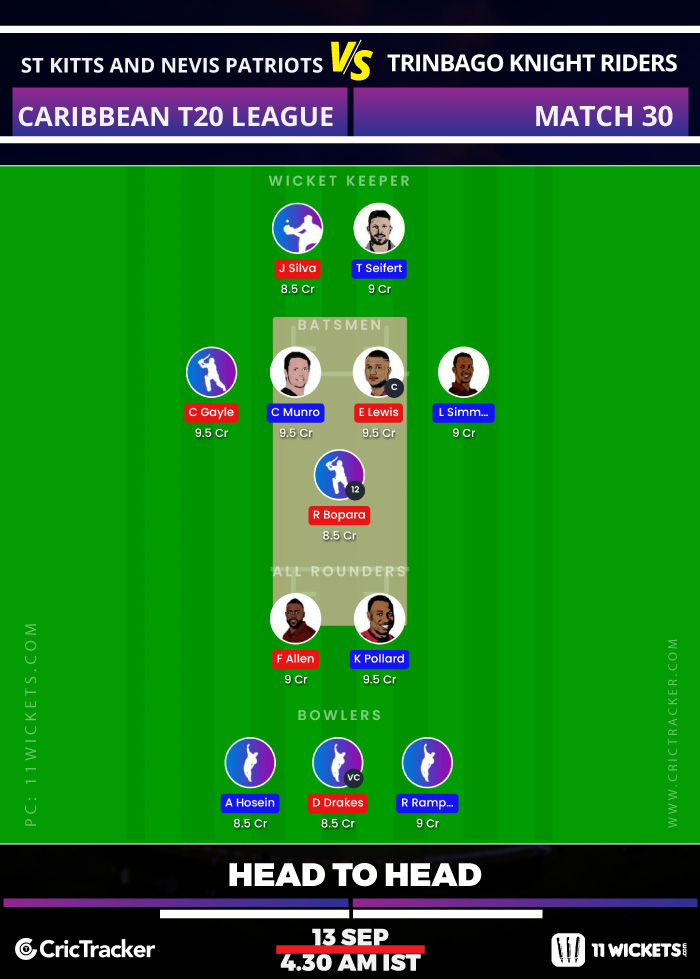