Sri Lanka A must win this to stay alive in the series.

Sri Lanka A will be up against Pakistan Shaheens in the 2nd Unofficial ODI of the series on Saturday. Sri Lanka A are in a must-win position, having lost the first game of the series by 6 wickets. They didn’t have any answers against the top-notch bowling attack of Pakistan Shaheens. Kamindu Mendis showed some resistance, which wasn’t enough for the hosts to put up a competitive score.

Pakistan Shaheens, on the other hand, with the help of exceptional fast bowling, bamboozled Sri Lanka A in the first Unofficial ODI and wrapped a convincing victory in the end, to take a 1-0 lead in the series. They are just one win away from taking the series.

Bowlers had an excellent outing in the last game played here. The batters have to be patient and need to wait for the loose deliveries. anything over 250 is a good total on this wicket.

Also Read: The squad is picked by the selectors, even the captain doesn’t have a vote: Ravi Shastri

Mayank Agarwal fielding on his knees against NZ is 'certainly not unfair': MCC

Reports: Alex Carey to replace Tim Paine behind the stumps for Ashes

Kamindu Mendis was the top scorer for Sri Lanka A in the first Unofficial ODI, where he scored 34 runs from 51 balls. We can expect more runs from his willow.

Sadeera Samarawickrama was short of runs in the last game, where he got out for just one run. There is no doubt that he is a capable player, and we can expect him to do well in this match.

The selectors need to keep an eye on Abdullah Shafique. He is an extremely talented batter and one to watch out for in the future. He managed to score 15 runs in the first unofficial ODI.

Abbas Afridi was exceptional with the ball in the first match of the series. He scalped 4 wickets at an economy of 3.

SL-A vs PKS Must Picks for Dream11 Fantasy Cricket: 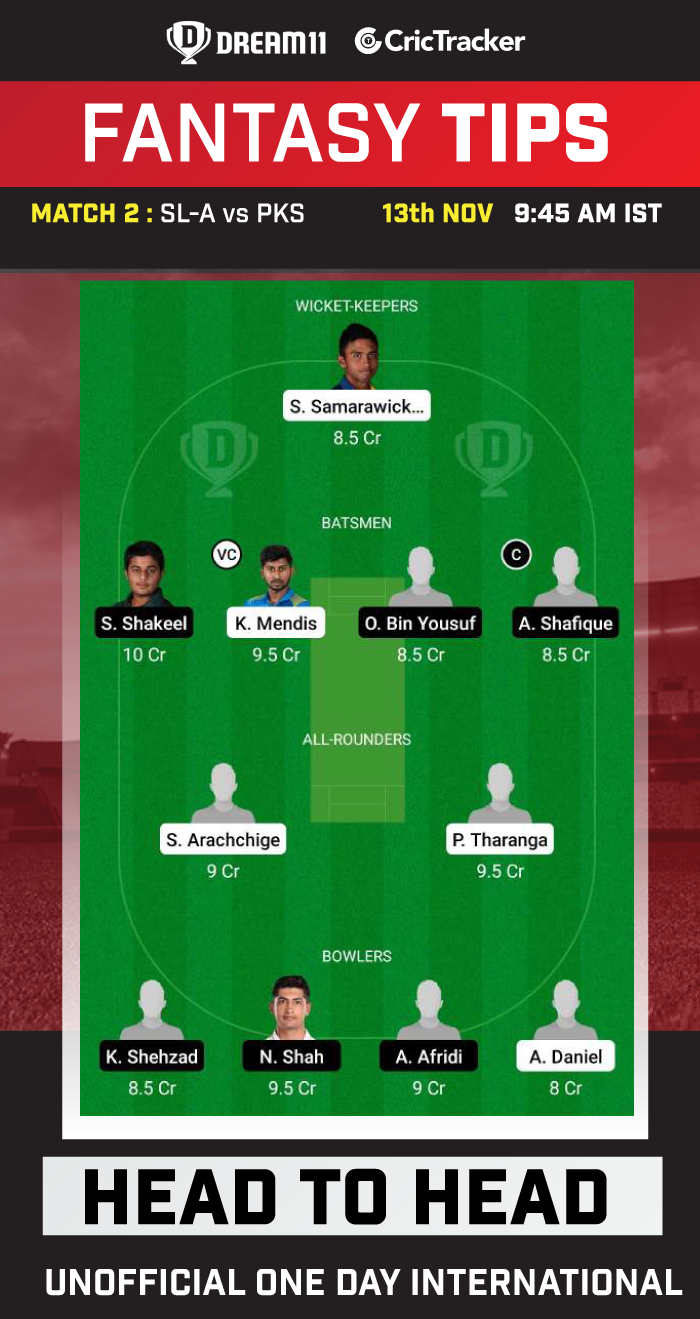 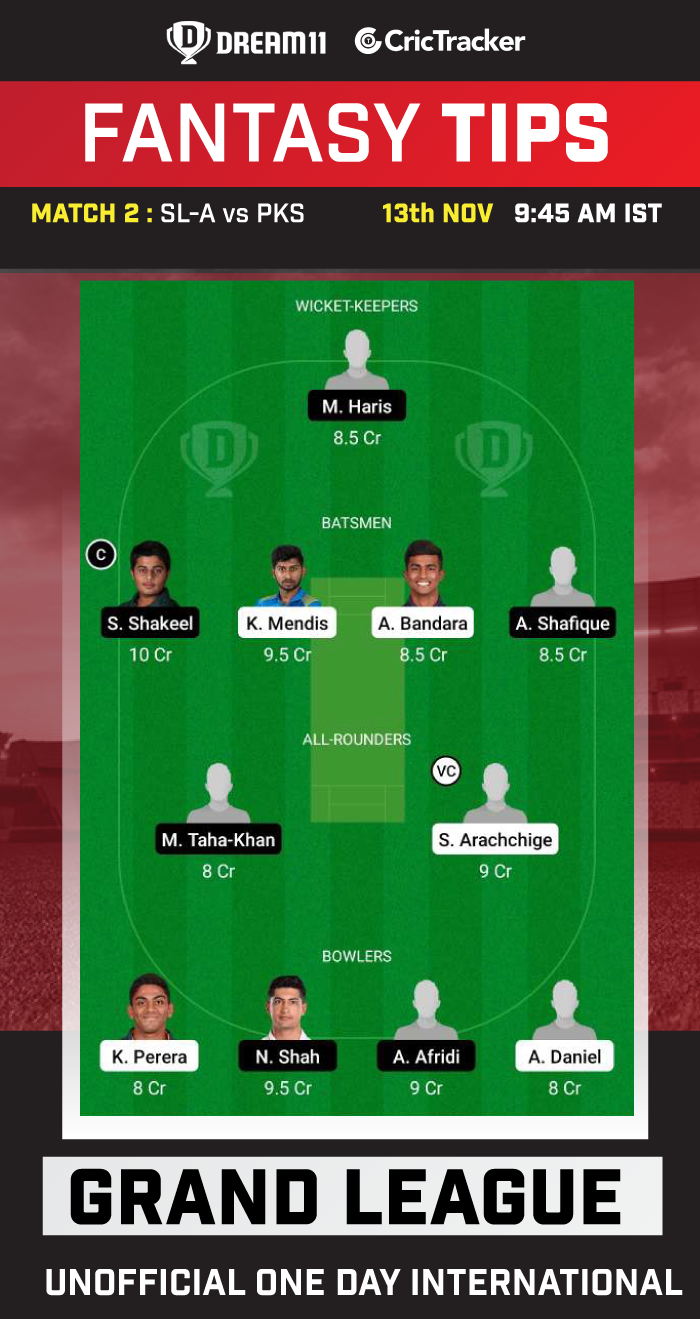 Pakistan Shaheens are expected to win this match.