Dimuth Karunaratne will be a player to watchout for in this match.

Sri Lanka will take on Australia in the opening match of the Test Series on Wednesday. Sri Lanka come into this series after winning against Bangladesh in the last series and will be confident about putting up a good show at their home. On the other hand, Australia also won their previous series in Pakistan and will be looking to put the ghosts of 2016 tour to rest by making a turnaround. This promises to be an exciting match.

This will be a typical subcontinent wicket and batting will be easier on the opening day before the spinners will come into play. There is going to be plenty of turn on offer and both teams will opt to bat first.

Dhananjaya de Silva is a quality all rounder in this format and has scored 2614 runs in 42 matches and will also be useful with the ball.

Nathan Lyon has picked up 427 wickets in 108 Test matches and is one of the best spinner from Australia. He will be a lethal option here as conditions will be helpful for spin.

Usman Khawaja was the highest run scorer in the previous series against Pakisstan and is a very good player of spin. He has amassed 3638 runs in his Test career. 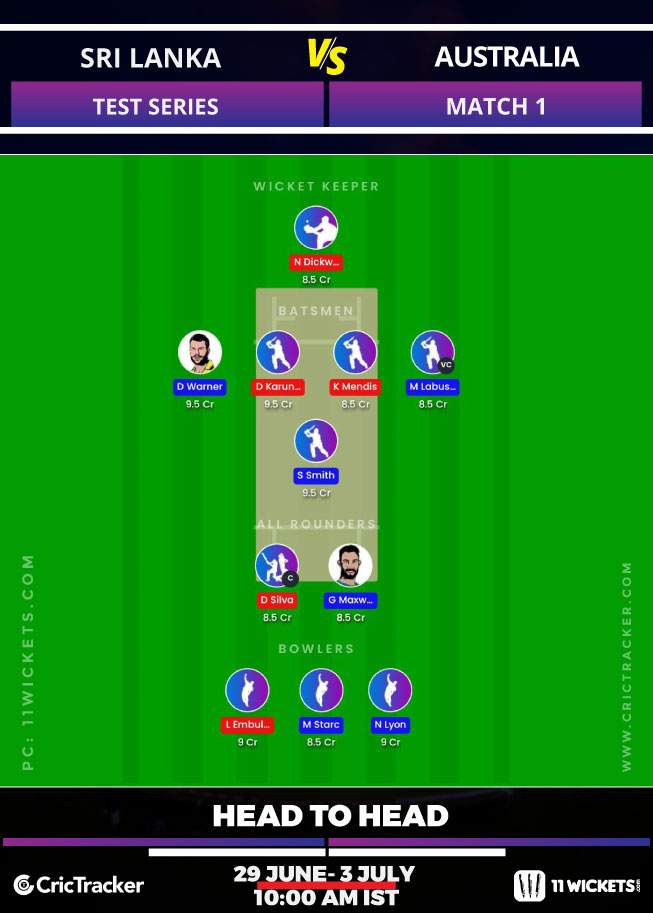 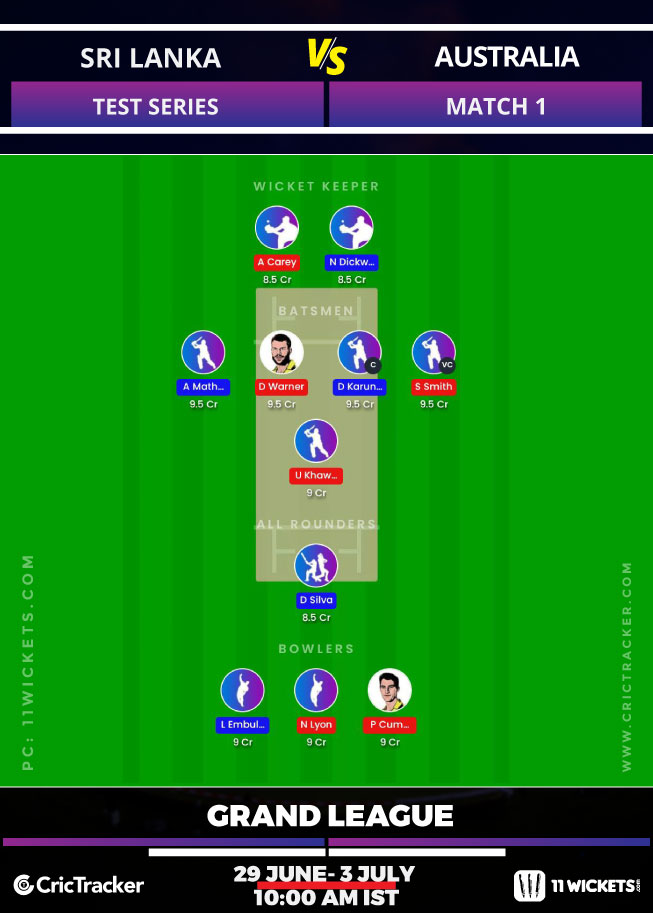