If you are looking for a budget pick from the batsmen, Lendl Simmons should be a great pick. 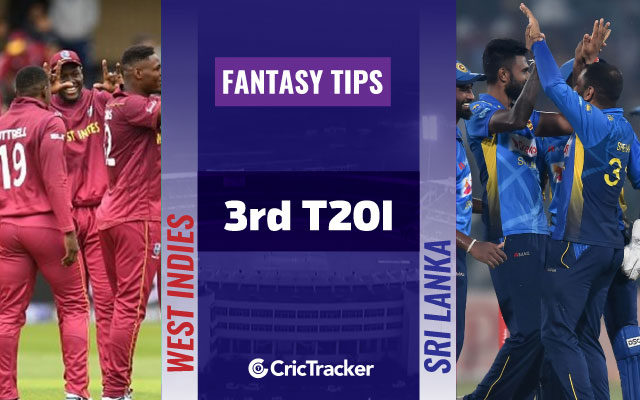 The 3rd match of the 3-match T20I bilateral series between West Indies and Sri Lanka will be played on 8th March at Coolidge Cricket Ground, Antigua.

Ahead of the third and the final T20I, the series between West Indies and Sri Lanka is at even stevens. Going into the series, West Indies looked the favourites as they some of the most renowned T20I cricketers in the world in the likes of Chris Gayle, Kieron Pollard and Dwayne Bravo.

They lived up to their reputation on the first game and won the game quite easily, thanks to a fantastic knock by Kieron Pollard, which included 6 sixes in an over. In the next game, however, Sri Lanka made a terrific comeback. So going into this game, both teams will fancy their chances.

While it will be a cloudy day, there are no chances of precipitation. The temperature will be around 29 °C during the start of the game.

The pitch at the Coolidge Cricket Ground is a pretty tricky one. While it has enough help in it for the batsmen, it will also help the spinners. Overall, a score of around 155-160 should be competitive here.

145 (Considering matches played in this series at this venue)

Wanindu Hasaranga is currently leading the wicket-taking charts. He has picked up 6 wickets and has an exemplary average of less than 5.

As for the run-scoring charts, Pathum Nissanka is placed at the top. He has scored 76 runs at an average of nearly 40.

Kieron Pollard can do a commendable job with both the bat and the ball. He has scored 51 runs in this series.

Obed McCoy is currently the joint-highest wicket-taker for West Indies in this competition. He has picked up 3 wickets and has an average of under 20. 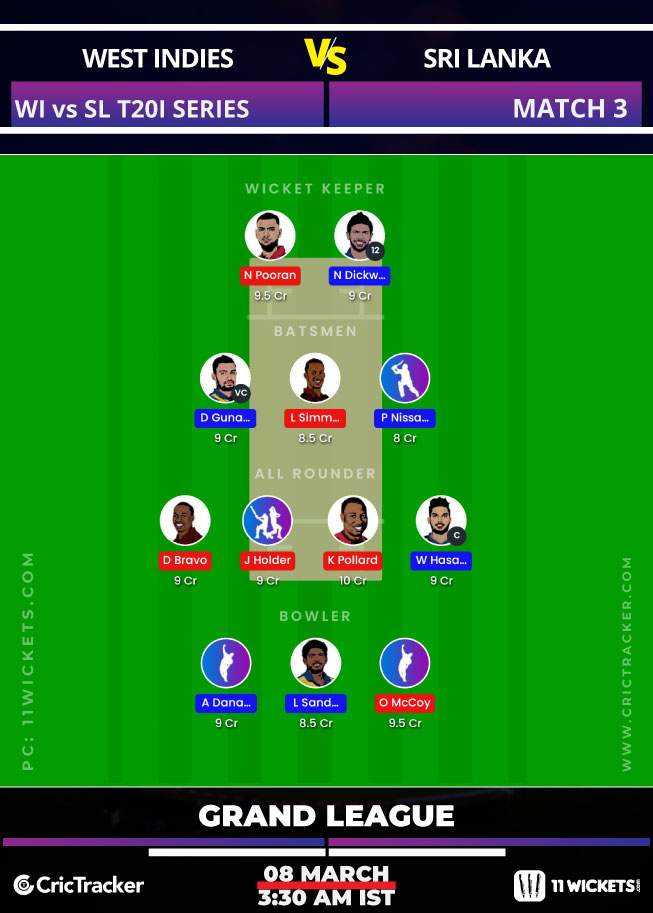 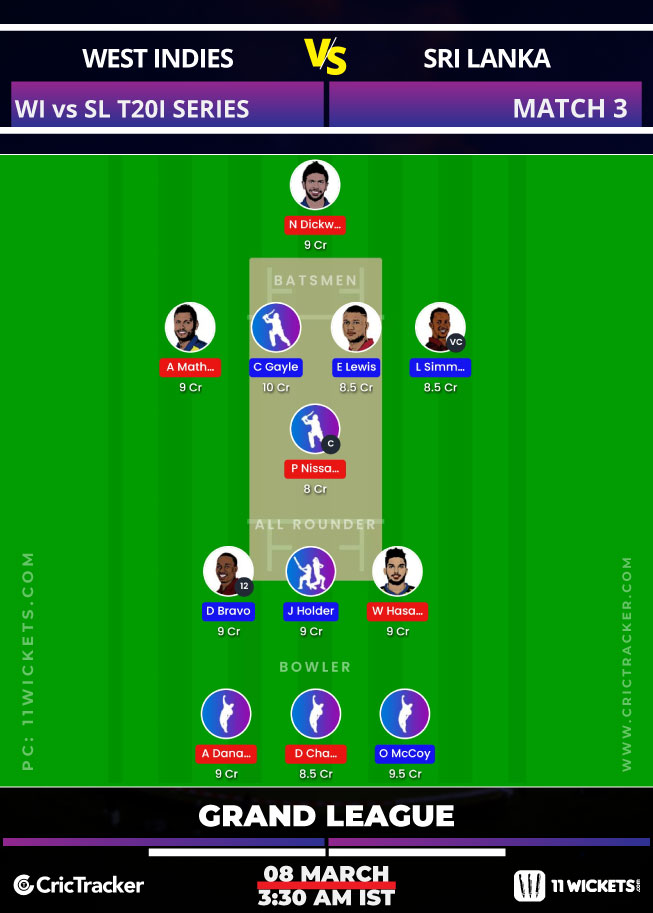 If you are looking for a budget pick from the batsmen, Lendl Simmons should be a great pick. He has scored 47 runs at an average of almost 140.

Sri Lanka’s are expected to win this match.