Sri Lankan cricket is undergoing sudden changes and you see quite a few people sacked after their coach resigned it was turn for Dinesh Chandimal as Twenty20 captain to be sacked as he will now be replaced by Lasith Malinga who in his stint as follow up skipper took the team to title success in the World T20 in Bangladesh. While Angelo Mathews the ODI and test skipper was able to save his chair and was retained.

Chandimal the 24 years old batsman opted to keep himself out of the squad last three matches of the recently concluded ICC event, including the semi-final as well as the final, as he was in a poor batting form, handing over the charge to Malinga for the all important games. 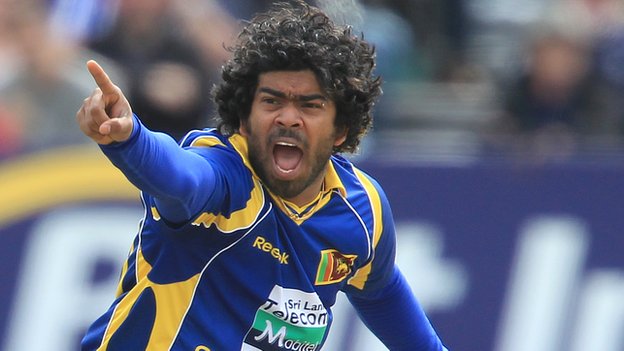 It was a huge success for Sri Lanka as they won their first ICC trophy after 5 failed attempts and their only title after 1986 50 over’s WC win. Malinga showed good captaincy skills and handled pressure and seniors quite well and got them there in the end.
A release from Sri Lanka Cricket said, “All-rounder Mathews was retained as the Test and one-day captain till the end of next year’s World Cup in Australia and New Zealand, Lahiru Thirimanne, was promoted to the position of vice-captain in all three formats,”
Though the board did not finalize upon a new coach after Englishman Paul Farbrace resigned from the post of Sri Lanka national team coach on Tuesday to take up an assignment with England.

Sri Lanka are scheduled to play two ODI’s against Ireland in Dublin in the first half of next month which will be followed by a tour of England that includes one T20 international, five ODI’s and two Test matches.

Malinga has a huge responsibility on his shoulders now that he is the full time skipper and for the first time in more than a decade Sri Lanka will be without the services of Sangakara and Jayawardhane. It is the beginning of an all new era of Sri Lankan cricket the transition has just begun.