Sophia Dunkley has been Southern Brave's most impressive batter in this tournament. 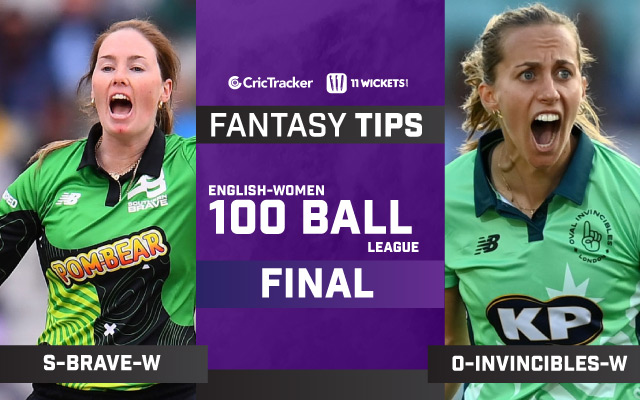 In the final of the inaugural edition of English 100 Balls League Women’s, Southern Brave Women will cross swords with Oval Invincibles Women. Southern Brave have been by far the most consistent team of this competition. They won seven of their eight league phase matches.

Interestingly, one of those wins was against Oval Invincibles, their final opponents. The Oval team won only four of their eight league phase matches, but confidence will be high in that camp after their fantastic display against Birmingham Phoenix yesterday.

The track here at Lord’s will give equal assistance to both batswomen and bowlers. The team winning the toss should bowl first.

Sophia Dunkley has been Southern Brave’s most impressive batter in this tournament. She has scored nearly 250 runs at a strike rate of almost 150.

Stafanie Taylor is capable of producing magic with both bat and ball. She has scored over 150 runs and has picked up 3 wickets as well.

Marizanne Kapp has been excellent for Oval Invincibles in the last few matches. She has scored 100+ runs and has also 7 wickets. 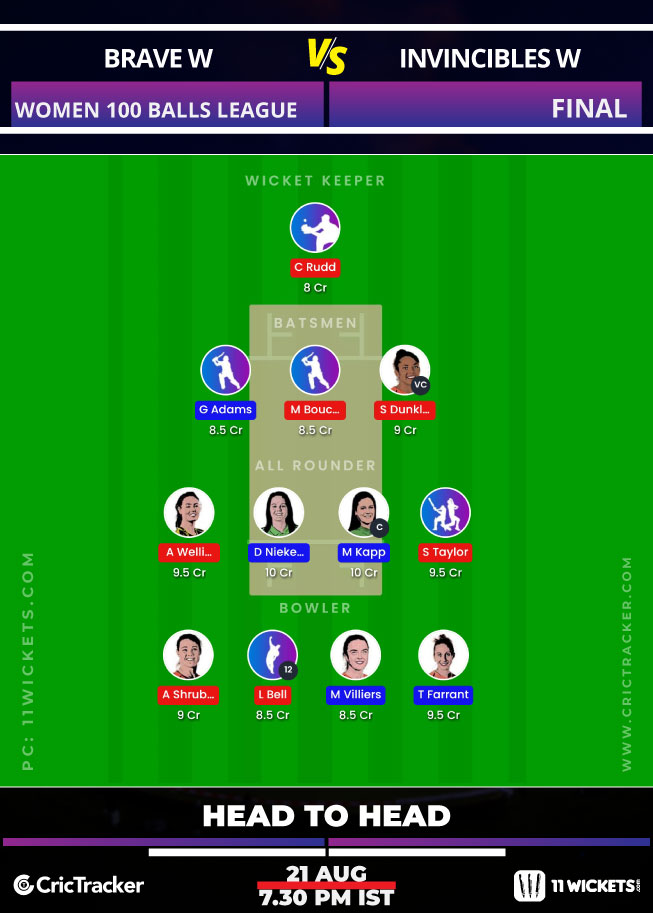 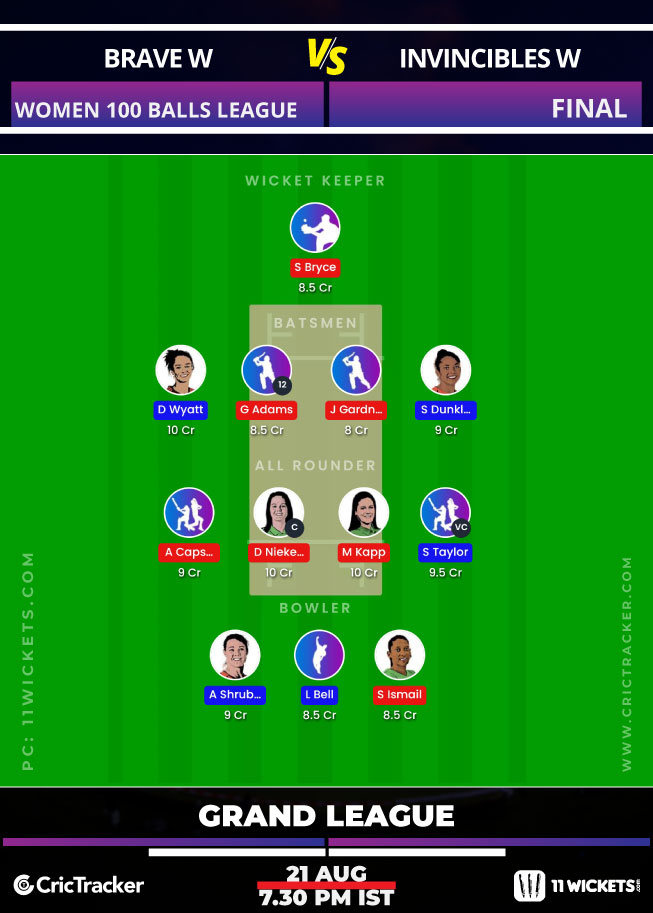