League leaders Atlas UTC Knights CC are expected to get the better of Southern Crusaders CC.

The 21st match of the ECS T10 Malta 2020 will be played between Southern Crusaders CC and Atlas UTC Knights CC at Marsa Sports Club, Malta.

Southern Crusaders CC will take on Atlas UTC Knights CC in the 21st match of the ECS Malta T10. This will be the second match for both teams on Tuesday. This will be a clash of titans, considering the situations the two teams are in. Southern Crusaders have played 6 matches so far and have won 4 and lost 2 matches. They won their first 4 matches comfortably, but in the last 2 matches, they were outplayed by Msida Warriors convincingly. It will be an important day for them as they will be playing 2 matches against Atlas UTC Knights CC.

Meanwhile, Atlas UTC Knights CC have won all of their 5 matches, while one match was washed out due to rain. They are currently at the top of the table with 11 points. By looking at the team’s performance, batting has been their biggest plus point as they haven’t given away easy wickets. Samuel Sanish Mangat has averaged 100 plus in this tournament and he will be the man to watch out for Atlas UTC Knights CC.

It will be partly cloudy in Malta with a temperature of 19 degrees Celsius and the humidity will be 74 percent. There is no chance of precipitation for this match.

It is getting easier for the batters as the tournament is progressing, since we have witnessed some scoring matches on Monday. The bowlers are smacked all over the place. The track is expected to remain the same throughout the match. Anything above 120 is a good score on this wicket.

Eardley Chandiram has picked up 5 wickets in 6 matches. With the bat, he has scored 20 runs with the bat at a strike rate of 66.66. 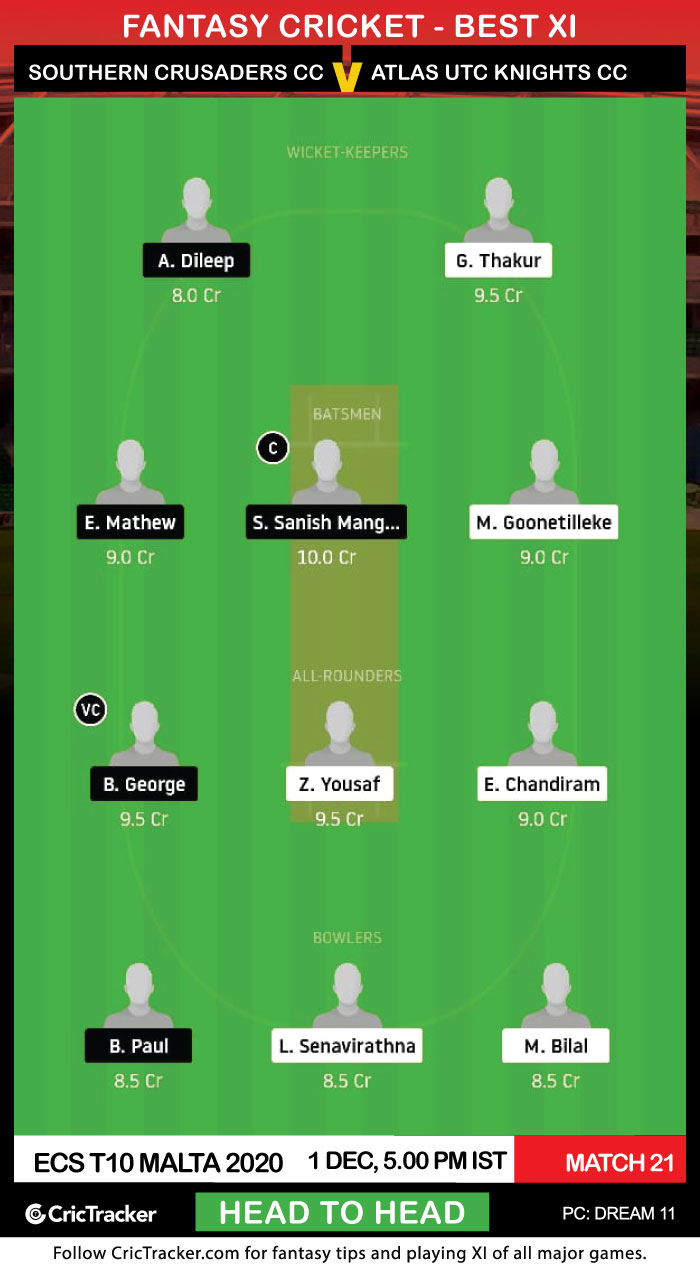 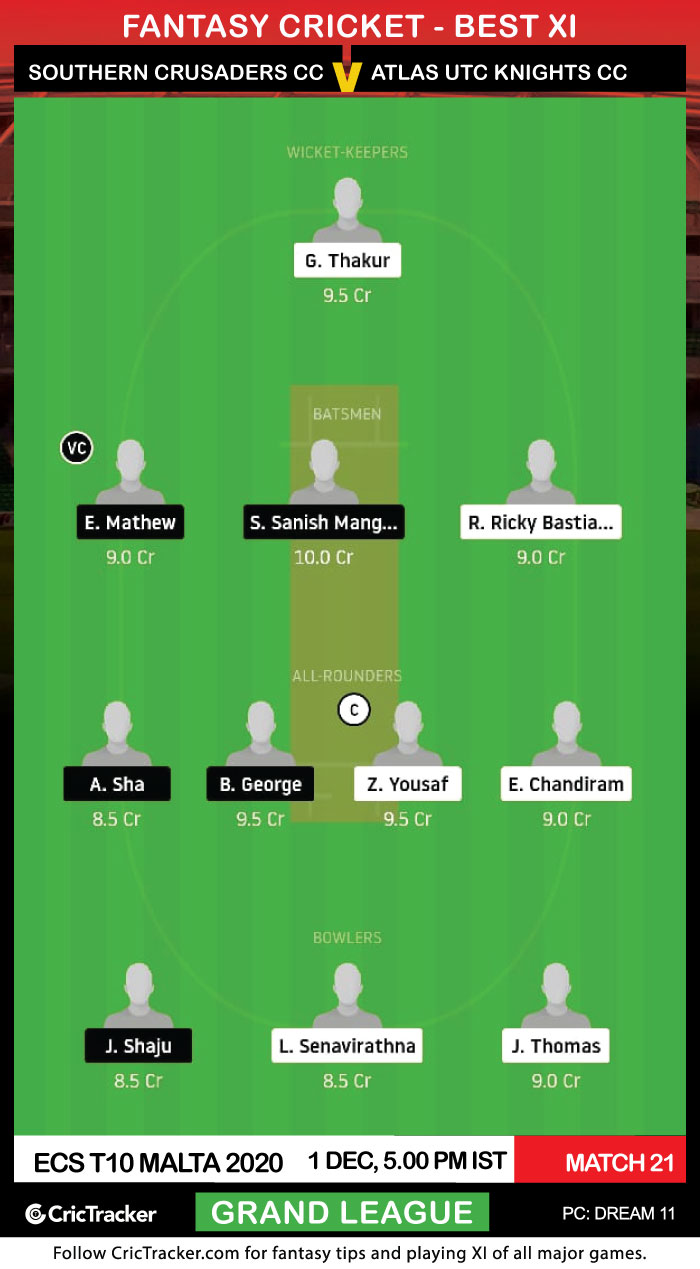 Samuel Sanish Mangat has already scored 200 plus runs in this tournament and his strike rate is pretty impressive also. He along with Basil George has put 122 runs for the opening stand against Marsa CC in the previous match. It is advisable to include both of them in your Dream11 Fantasy teams and pick either as the captain of any one of your teams.

Atlas UTC Knights CC are expected to win this match.