Jimmy Neesham is expected to shine in this contest.

Match 3 of the T20 Blast 2021 will see Somerset meeting Essex at the Cooper Associates County Ground in Taunton on Wednesday (June 9).

This match will get underway at 11 PM IST, and the live streaming will be available on FanCode.

Both these sides, who are placed in the south group, will be kick-starting their campaign in T20 Blast 2021 with this game. One can expect an exciting encounter in this clash as both these sides comprise several T20 stars. Somerset have the services of Tom Banton, Lewis Gregory and Roelof van der Merwe, who are proven stars of this format.

On the other hand, Essex have Jimmy Neesham, Ryan ten Doeschate and Peter Siddle in the ranks. Notably, these two teams have played eleven matches against each other in the T20 Blast, where Somerset won seven matches while Essex clinched the remaining four games.

Although Tom Banton hasn’t played a lot at the highest level, the young dasher has played in T20 competitions like Big Bash League and Indian Premier League. He likes to dominate bowlers from the outset, and playing big knocks is also not beyond his reach. Not to forget, the Somerset cricketer is also a handy wicket-keeper.

New Zealand star Jimmy Neesham is one of the most celebrated all-rounders in the world and is the player to watch out for in this competition. The southpaw can whack the ball a long way, and his medium pace bowling has challenged many batters. Hence, the Kiwi talisman would be critical to Essex’s success. 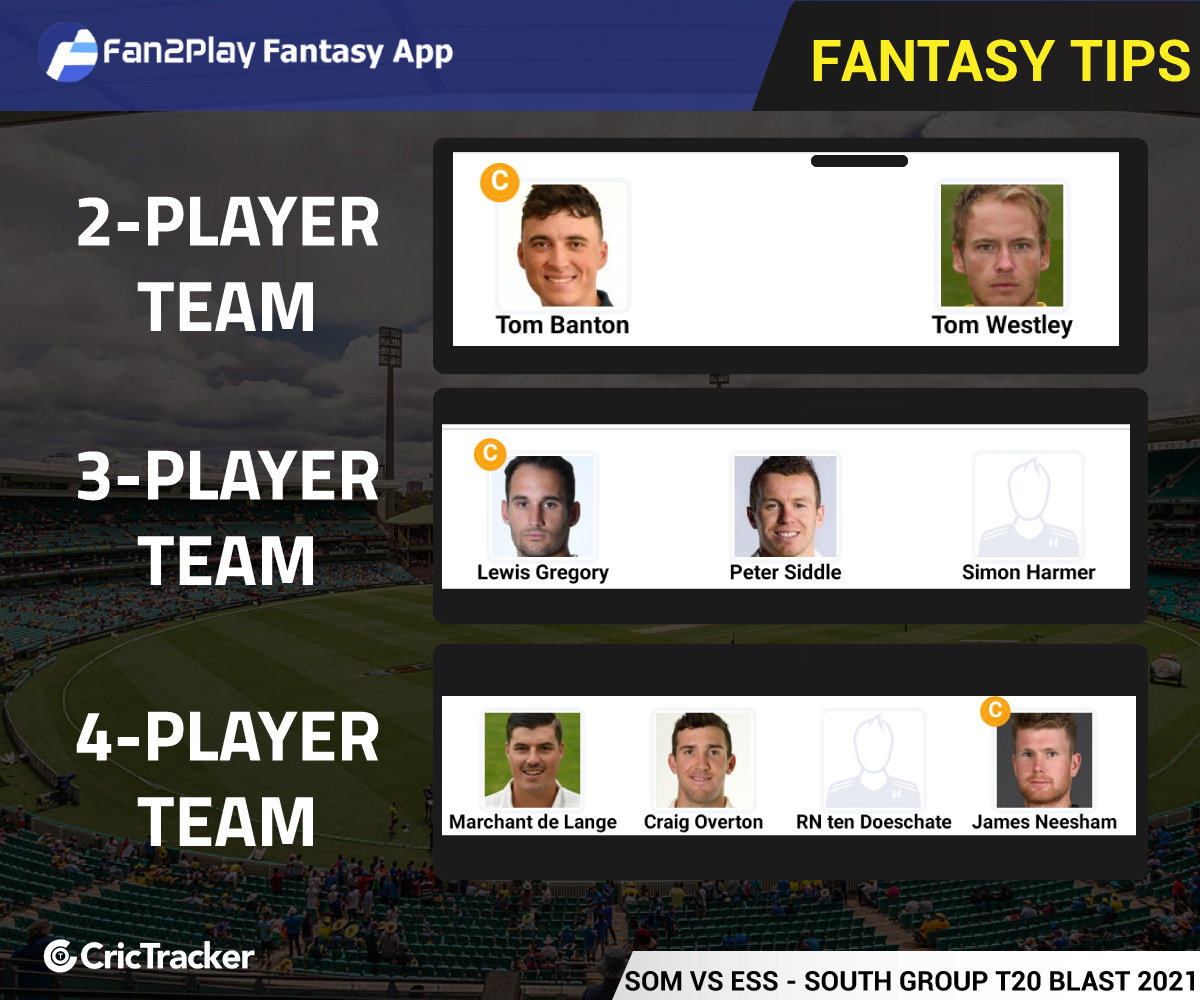 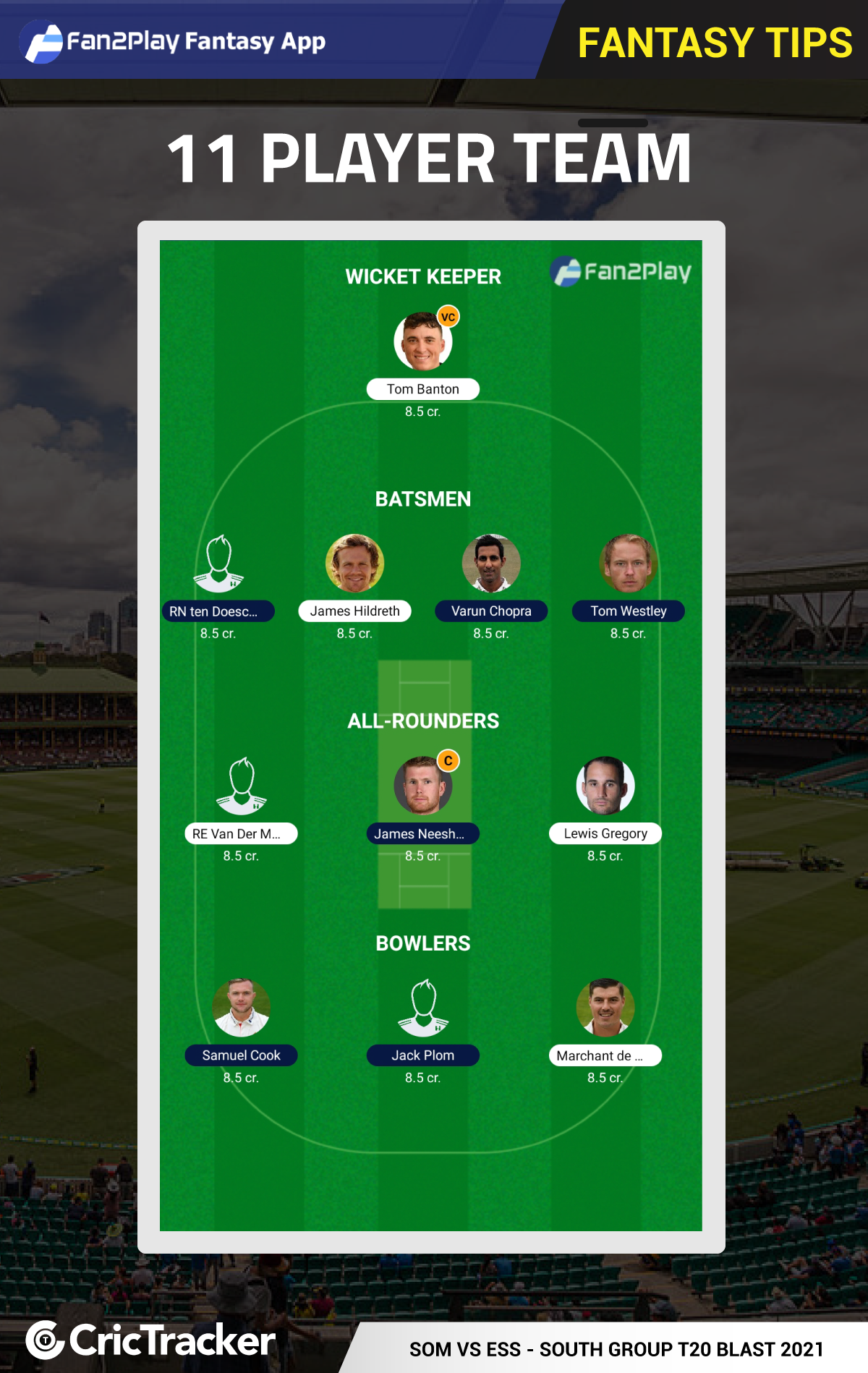