Jack Leaning is a good captaincy option for this match.

Somerset and Kent will battle it out in a South Group fixture. This match is slated to be played at Taunton.

This encounter will be streamed live on the FanCode app and will begin at 11:00 PM IST.

Kent and Somerset have had two totally different runs in the tournament thus far. Kent have experienced a magnificent run in the Vitality T20 Blast tournament so far and has won all the three matches that they have played.

Somerset have not got off to a good start to the tournament and are yet to post a win on the board after two matches. While Kent beat Gloucestershire in a close encounter by 5 runs in their previous outing, Somerset were thrashed by Surrey in their previous clash.

Captaincy Picks for SOM vs KET

Jack Leaning was in red hot form in Kent’s encounter against Gloucestershire. He scored a sparkling 81* and scored his runs at a strike rate of close to 160. If Leaning can once again find his mojo, he will take the game away from the opposition.

Tom Abell scored a brilliant 44-ball 69 in Somerset’s previous match. His blitzkrieg allowed the Somerset outfit to post a competitive total of 187/6 on the board. Abell can score runs in a jiffy and if he gets his eye in, there will surely be problems for the opposition. 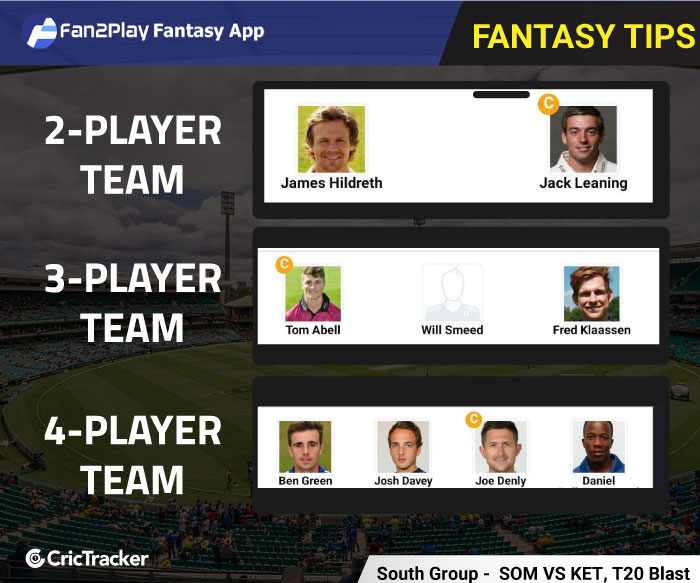 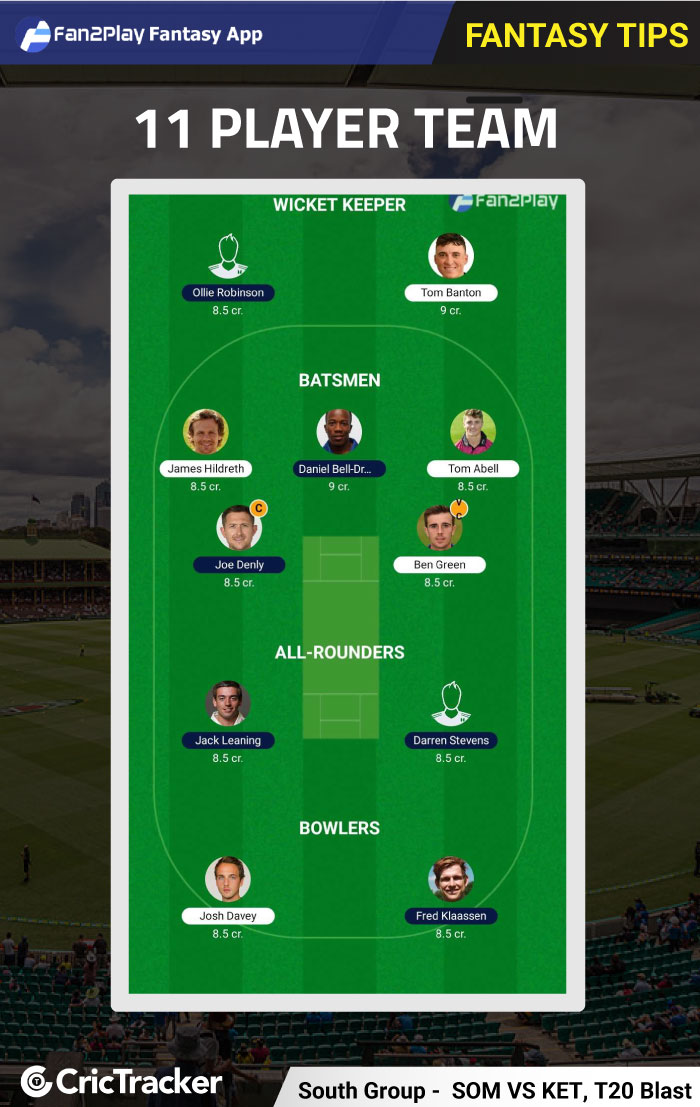