The two teams are facing each other in ODIs for the first time since 2013.

South Africa and Netherlands will face each other in the first of the three-match ODI series on Friday (November 26). This is the first time the two teams are locking horns in the ODIs since 2013. This series will also be a part of the World Cup Super League which is responsible for direct qualification for the next mega event in the 50-over format.

The Proteas are struggling in that aspect and this series is extremely crucial for them and would love to grab all 30 points on offer. Having said that, the Netherlands are not pushovers and will be hungry to perform after a poor T20 World Cup campaign. They beat Ireland 2-1 in their last ODI series while South Africa could only level the series against the same opponents. Proteas also lost to Sri Lanka in their previous ODI series.

Moreover, South Africa have also rested their premier players with Keshav Maharaj to lead the side. Netherlands too will miss the trio of Ben Cooper, Paul van Meekeren and Tobias Visee who made themselves unavailable for this series.

Not much white-ball cricket has been played at the venue this season. The pitch is expected to be a decent one to bat on with small boundaries on offer. Expect the team winning the toss to bowl first.

Janneman Malan is one of the brightest prospects for South Africa. He batted well against Sri Lanka in the three ODIs scoring 162 runs including a 121-run knock in the second match. At home, the batter will be even more dangerous and he would love to add to the tally. The onus will also be on Malan to play through the innings given that the team is missing quite a few decent players from their line-up.

Wayne Parnell is set to play his first international game since 2017. The left-arm pacer is a very good bowler and boasts of 94 wickets in 65 ODIs. He must have earned a lot more experience now in the last four years playing for Worcestershire. He is also the first Kolpak player to return to play for South Africa and will be eager to make an impact on his comeback.

South Africa is predicted to win this match and take a 1-0 lead. 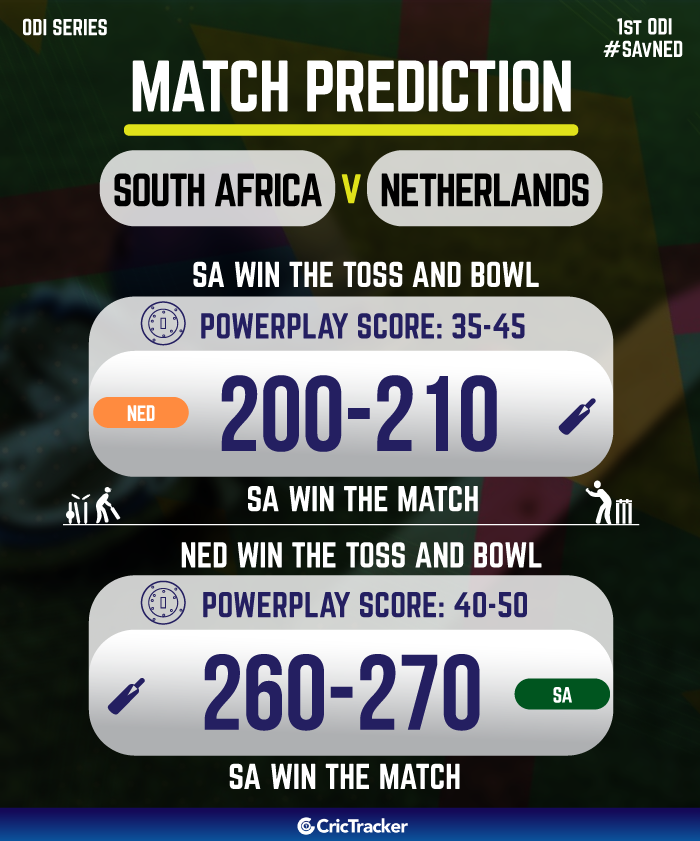