The ball generally travels quickly at the Wanderers because of the high-altitude.

With their spirits and hopes sky high, Sri Lanka team embarks on the 50-overs journey after the recent Test triumph. They will lock horns against South Africa in a five-match ODI series that commences with the first game that will be played on Sunday at the iconic Wanderers in Johannesburg. As the World Cup 2019 isn’t far away, this series will be a critical one for both these teams.

They will need to announce their squads for the tournament soon and this is the last chance for them to have another look at their combinations. While Sri Lanka isn’t still clear about their first eleven, the Proteas would feel they have things under control. It’d be interesting to see whether Sri Lanka, who struggled in limited-overs cricket in recent times, are able to turn around their fortunes.

The first game of the 5-match ODI series between South Africa and Sri Lanka will be hosted by The Wanderers Stadium in Johannesburg.

The ball generally travels quickly at the Wanderers because of the high-altitude. The recent game between South Africa and Pakistan at this venue saw spinners getting some purchase off the track. A lot of runs could be on the cards and bowlers have to be on the money. 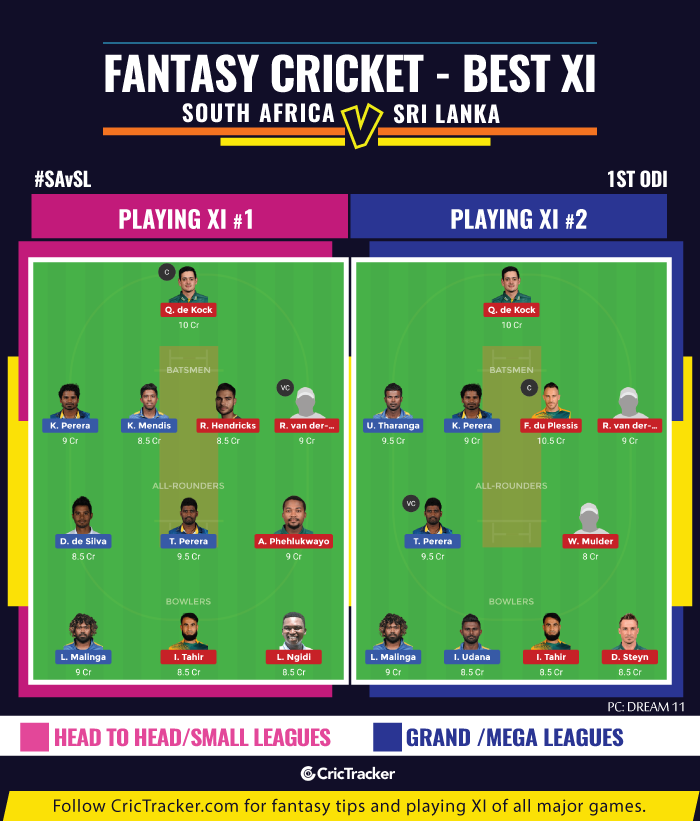 South Africa is predicted to win the match.