David Miller has been moved into batsman's category.

A clean sweep is on for Sri Lanka as they head into the final T20I against South Africa. The visitors haven’t lived up to the expectations in white-ball cricket on this tour. Game after game, they have been bringing out poor performances which is quite disappointing.

Playing the last game of this tour, they will be hoping to pull off a consolidation victory. Isuru Udana played a great knock in the 2nd T20I and got the team extremely close to a win. However, he lacked support from the other end and thus failed in his efforts. Sri Lanka, though, will hope to draw some inspiration from his batting and put up a better show.

The third and final game of the 3-match T20I series between South Africa and Sri Lanka will be hosted by the New Wanderers in Johannesburg.

It will be a bouncy pitch at Johannesburg and the ball will come onto the bat nicely. This game will be a high-scoring affair.

Anrich Nortje has a shoulder injury. 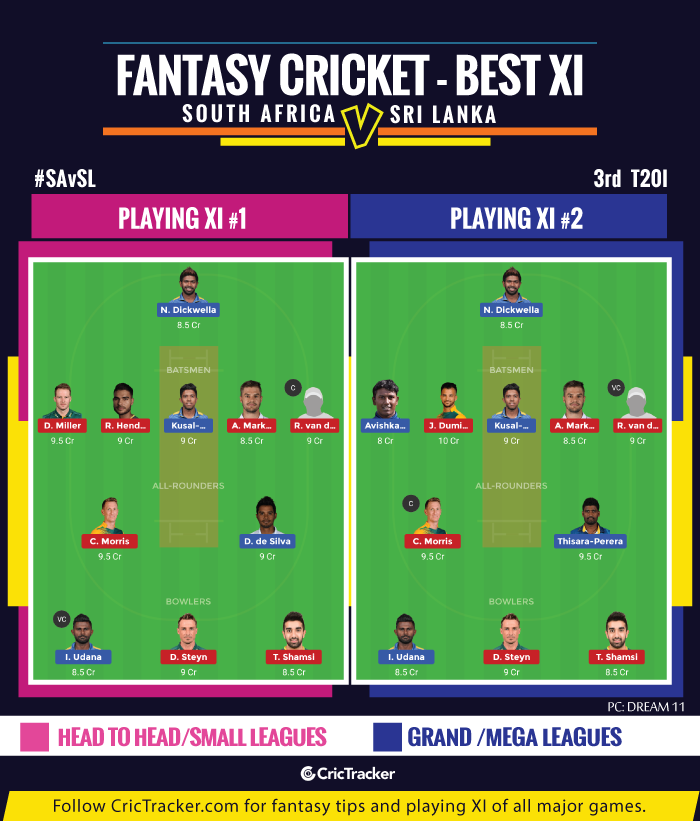 David Miller is moved back to the batsmen category from keeper’s category.

South Africa is expected to win the last game.