Kusal Perera has been ruled out of the ODI series.

Sri Lanka haven’t had the best of times playing white-ball cricket in South Africa. They haven’t really performed collectively together as a team. Hence, the visitors have struggled and the series is already out of their hands. Yet, they have still got the opportunity to try out various combinations in the last two matches. With not much time left for the World Cup 2019, they have got to address numerous problems.

South Africa will surely come down hard at them in the remaining two games. The Proteas also will try to experiment with a few slots in the under-performing batting line-up. Clearly, they would have their eyes on the clean sweep with the opposition hardly playing quality cricket.

The 4th game of the 5-match ODI series between South Africa and Sri Lanka will be hosted by St George’s Park in Port Elizabeth.

The pitch in Port Elizabeth is expected to be on the slower side. It is not a high-scoring venue.

JP Duminy and Aiden Markram added to the SA squad. Wiaan Mulder has been excluded.

Reeza Hendricks added back to the squad as Hashim Amla misses out due to the illness of his father.

Kusal Perera ruled out of the ODI series.

Aiden Markram has been in good form in domestic cricket. 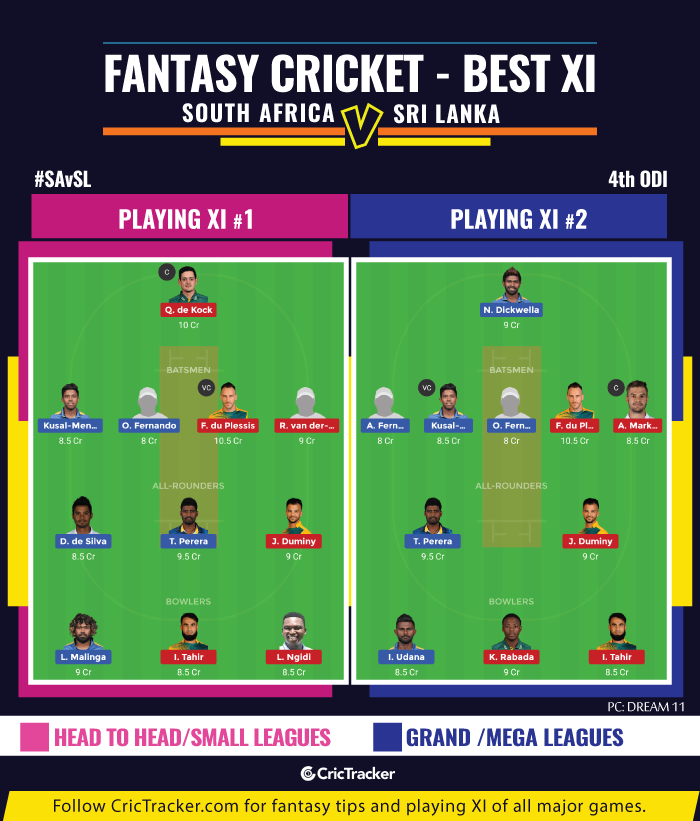 The likes of Markram, Hendricks, Duminy and Dhanajaya de Silva can be picked only after the toss.

South Africa are predicted to continue with their domination in the series.