The 1st game of the 2-match T20I will be played between Spain and Germany at the Desert Springs Cricket Ground in Almeria.

This series can be viewed on the Fan code app in India.

Germany is touring Spain to face off the hosts in a 2-match T20I series at the Desert Springs Cricket Ground in Almeria. This will be the first time since June 2019 that Germany will feature in a T20I match. They last featured in the 2019 ICC Men’s T20 CWC European Region final. The Germans won that match against Jersey but missed out on making it the T20 CWC Qualifiers due to NRR. Spain and Germany will be involved in a doubleheader on Sunday. Both the matches of this T20I series are separated by less than one hour time.

The conditions are expected to be cool on Sunday morning in Almeria but no rain is forecasted.

Desert Springs Cricket Ground in Almeria is set to host a professional match for the first time. Data of only one match is available for this venue – A 40-over game in 2014. The team batting first posted 227/9 and won the match by 50 runs. Since the 1st match will be the first of the two matches to be played on Friday, we can expect a high-scoring game.

Ravi Panchal is the leading run-getter for the Spain team in T20I cricket as he scored 199 runs across 8 innings. Panchal also claimed seven wickets in this format across the nine T20Is he played thus far. Vijayshankar Chikkannaiah has scored the 2nd most T20I runs for the Germany team as he aggregated 148 runs in 7 innings at an average of 24.66 which includes an unbeaten 70; the highest T20I score for Germany. Faran Afzal is also a trustable all-rounder in the Spain line-up as he scored 141 runs across 8 innings and claimed 8 wickets with the ball in 8 innings during the T20I format. Dieter Klein is set to make his T20I debut for Germany team. He has got the experience of playing in the English domestic circuit for Leicestershire. 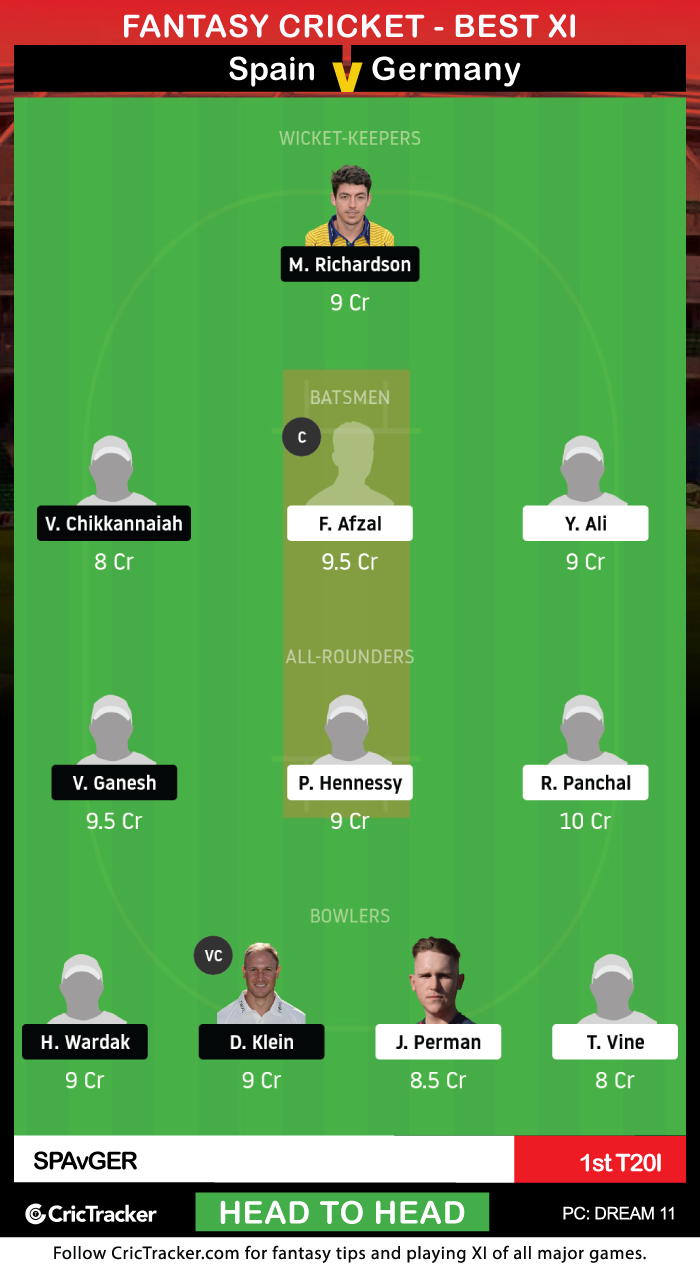 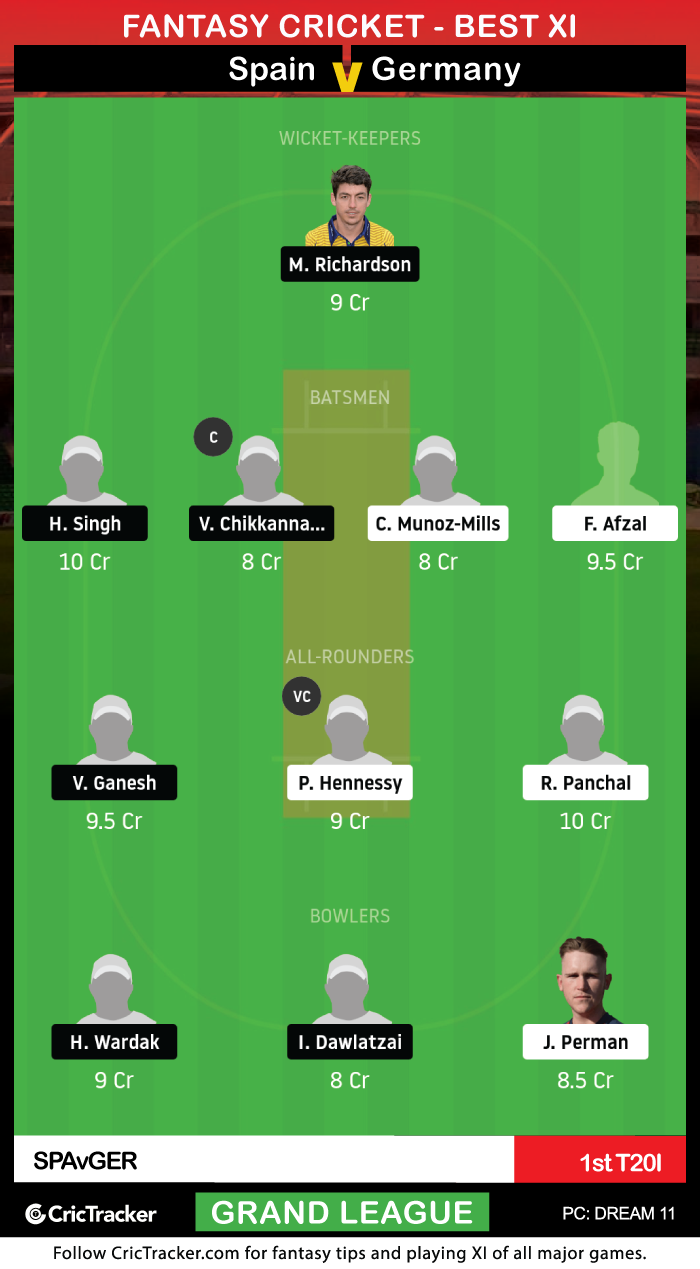 Adam Algar is a popular pick in the Dream11 fantasy in the keepers’ category. However, it is less likely that he will be in the playing XI. Awais Ahmed is the usually preferred option for Spain while playing T20Is. Picking Algar could cost if there is no toss update for this series.

Spain is expected to take a 1-0 lead in this 2-match series.